What is Darci Lynne’s net worth?

Darci Lynne is an American singing ventriloquist who performed her act on Little Big Shots at the age of 11.

Lynne is best known as the winner of season 12 of America’s Got Talent at age 12.

Lynne earns most of her money through ventriloquism. For winning America’s Got Talent, Lynne was given a $1 million prize.

After AGT, Darci went on several tours across the US, which generated over 100,000 in ticket sales, and grossed about $5.2 million.

She also has a YouTube channel with over 1.1 million subscribers and 139 million views (about $400k in revenue).

Therefore, Darci Lynne has an estimated net worth of $7 million.

Lynne is the daughter of Misty Farmer and Clark Farmer. Darcy has three siblings, named Nate, Dalton, and Nick.

Darci began competing in pageants when she was six years old.

Darci’s first encounter with ventriloquism was at a church event. After that, she decided she wanted to pursue ventriloquism.

At the age of 11, Darci became the first child ventriloquist ever to perform on an evening show in the four decades of history of the Vent Haven International Ventriloquists’ Convention.

She attended Deer Creek Middle School near her home in Edmond. She is currently homeschooled.

Darci entered Edmond’s Got Talent in 2014 and won first prize.

In March 2017, Darci appeared on the British version of Little Big Shots, performing “I Want to Be a Cowboy’s Sweetheart” with Katie.

In 2017, she auditioned for the 12th season of America’s Got Talent. Her audition consisted of singing American composer George Gershwin’s “Summertime” in ventriloquism through her rabbit puppet, Petunia.

Moved by her performance, English singer Mel B pressed her Golden Buzzer to send Lynne to the Quarterfinals.

For the finale, Darci sang “Anything You Can Do” from Annie Get Your Gun through her puppet Petunia with American ventriloquist Terry Fator through his puppet Winston. Darci received sufficient votes to advance to the top 5 instead of American comedian Preacher Lawson.

She won Season 12 of AGT at the age of 12. Her win marks the 2nd year in a row that a twelve-year-old has won AGT.

Following Bianca Ryan in season 1 and Grace VanderWaal in season 11, Darci is the 3rd female to win AGT.

The video of her audition for AGT was named number four in YouTube’s list of the top 10 trending videos of 2017. It currently has over 62 million views. 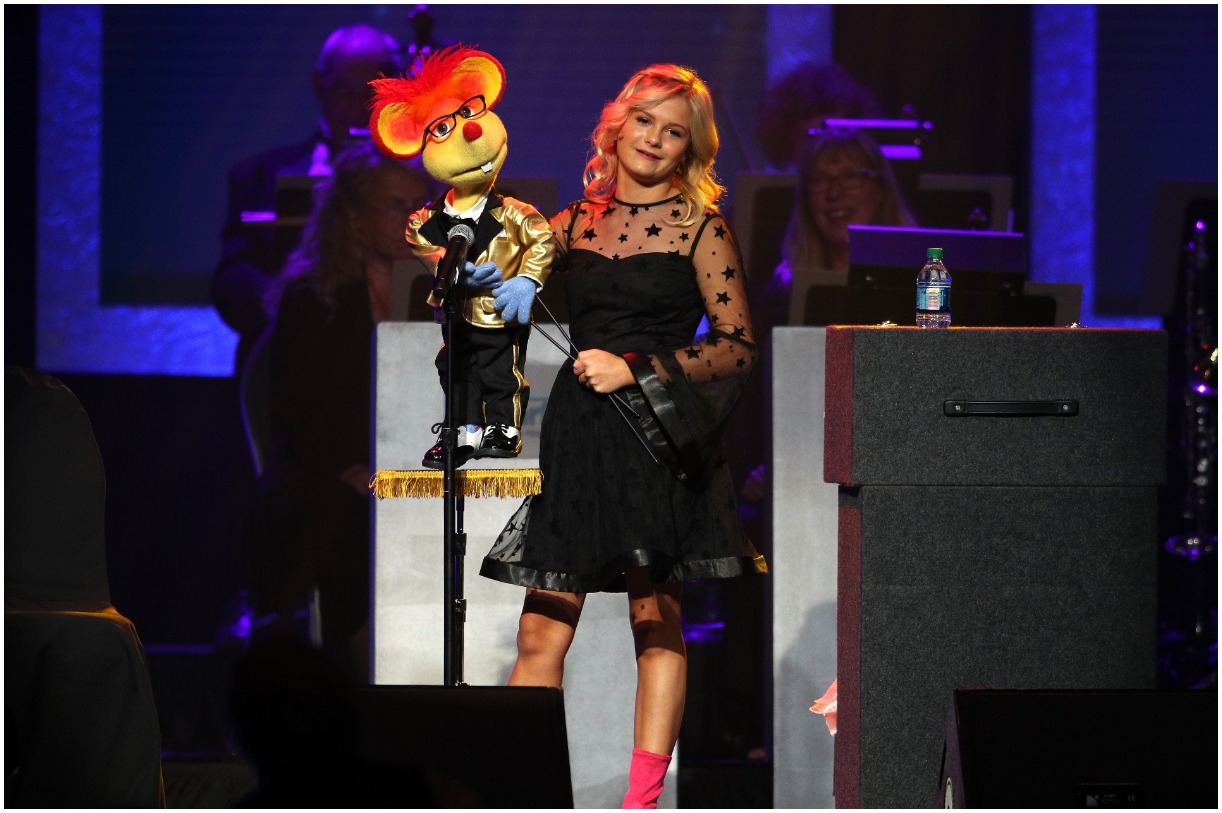 After she won America’s Got Talent, Darci declared:

“Going on ‘AGT,’ I just really wanted to inspire others to try ventriloquism because it’s such an old art.”

In November 2017, she started a tour across the United States.

During a recent interview, she said:

“After winning, it was kind of crazy, and everything came at me at once, so we thought it would be perfect to do a tour because people wanted to see more of what I did on AGT.”

In January 2019, Darci returned to AGT as a contestant on America’s Got Talent: The Champions.

In the preliminaries, Darci performed a medley of “Proud Mary” and “Nutbush City Limits” with Oscar. Lynne did not receive enough votes to continue to the next round. But, Darci was brought back as a wild card act.

In the Finals, she performed “O mio babbino caro” with Petunia. Darci ended up as runner-up behind magician Shin Lim.

In 2021, Darci appeared in the Side Hustle episode “Make-A-Mutt.” 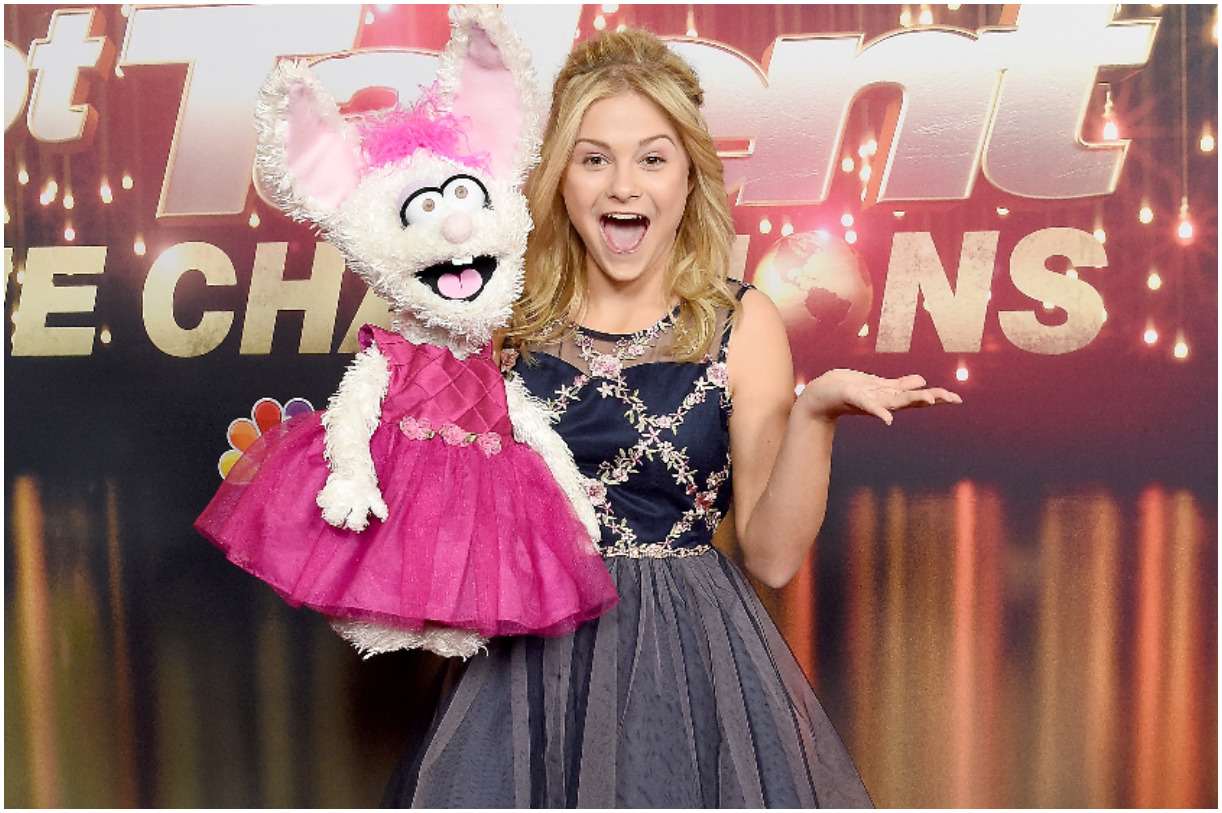 ”I do get recognized a lot in public. And that’s just kind of weird to me.”

”I’m always going to have the puppets, probably not for the rest of my life, but I’m not going to stop doing ventriloquism anytime soon.”

”During the week, I’m a normal kid, and then on the weekends, I go out and perform to thousands of people.”

”Sometimes when I’m performing, whenever my puppet cracks a joke, it actually makes me laugh.”

”I decided I want to sing more because that’s been my passion since I was six.”

”It’s so fun being on the stage and in the spotlight.”

After she won AGT, Darci was quite busy. For instance, she:

Darci used to train over 30 hours a week to become an elite gymnast.

When asked about what she is going to do with the prize money ($1 million) from AGT, she responded:

“I am definitely going to give some to my church. Because they always raise money for different missions and mission programs.”

How much money is Darci Lynne worth?

Darci Lynne has a net worth of $7 million.

Does Darci Lynne have siblings?

READ THIS NEXT: Colin Furze Net Worth

your one of the greatest person . i could be in the worse mood and all that i have to do is just watch one of your video and that change everything it puts me in a happy mood. i’m sure you put a smile on a lot of people. your good keep it up.