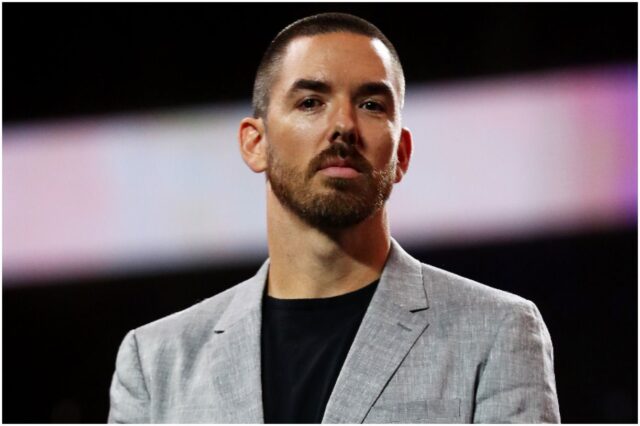 Marc Merrill, aka Tryndamere, is an American businessman who is best known as the co-founder of the eSports tournament organizer and video game developer Riot Games.

Riot Games is the company that developed the popular online battle arena game League of Legends.

Merrill attended the University of Southern California between 1998 and 2002.

From August 2002 to December 2003, he worked as an analyst at US Bancorp, an American bank holding company based in Minneapolis, which is the parent company of the U.S. Bank National Association – the seventh-largest bank in the US.

From February 2004 to August 2006, Marc worked as a corporate marketing executive at the Business-to-Business media firm Advanstar Communications.

Merrill is the co-founder and co-CEO of Riot Games, a company that was founded in September 2006.

The other co-founder is Brandon Beck. They were roommates while they were frequenting the University of Southern California. Marc and Beck sought to create a gaming company that continuously improves on an already released game instead of commencing development on a new one.

During an interview, Brandon Beck said:

“We lived together in a little apartment in West Hollywood. It was actually there that Riot really kind of began.”

Beck went on to say:

”You’d walk into our apartment, and there’s pretty much no furniture anywhere, nothing on the walls, picture frames that haven’t been put up yet.”

”And two massive gaming rigs at two desks that formed a little ‘L.’ That was just the thing we liked to do together at the time.”

“Our original model when we were planning for the creation of League of Legends, we were hoping to achieve 20,000 simultaneous players.”

”Then we could maybe be profitable and have a business. And we blew past that over time, which created a lot of scaling challenges.”

”We had no idea that when we were intentionally trying to focus on what we perceived to be a niche that it would resonate with so many all around the world.”

In 2013, Riot Games was named one of Business Insider’s 25 best tech companies to work for.

In 2015, LoL made $1.6 billion in revenue. In the same year, about 36 million people watched the LoL world finals – that’s twice the viewership of last year’s NBA finals.

The 2017 LoL World Championship had a total prize pool of over US$4 million and 60 million unique viewers.

For the 10th year anniversary of the release of LoL, Marc was asked about what does he thinks has changed the most in the world of gaming for the past ten years. He said:

”There have been some impactful changes in gaming. One is the proliferation of the philosophy and approach towards the game as a service.”

”The third thing is, of course, the rise of streaming and broadcasting of games, whether it is esports or community content.”

In 2022, Merrill has been named Riot’s first-ever president of games.

He has purchased a house in Malibu for about $13 million, and he lives there with his wife and children.

”Game Of Thrones is still my favorite TV show of all time. It’s hard (actually impossible) to please everyone all the time.”

”Worth reflecting on the dynamics of our time. Truth, facts & due process matter a great deal.”

”I’ve always been proud of how Rioters rise to the occasion to overcome the challenges that we’ve all faced historically.”

”A constant battle with oneself – one quite worth fighting.”

”Never stop being a good person because of bad people.”

In 2016, the founder of ”Team SoloMid,” Reginald (real name – Andy Dinh), was upset because of the timing of Patch 6.15, which effectively removed the option to lane swap.

Reginald also said that huge patches in the middle of the season frequently lead to player burnout due to the practice required to adapt to such a big change. Marc responded to Andy Dinh:

“If [Reginald is] so concerned about the financial health of his players, maybe he should spend some more of the millions he has made/makes from LoL on paying them instead of investing in other eSports where he is losing money?”

One of the best professional LoL teams is Team Liquid (co-owner Steve Arhancet).

In 2018, Marc ignited an online firestorm of excitement and speculation when he tweeted a single question:

“Should we build an MMO?”

When asked if Riot Games is working on a massively multiplayer online game, he said:

“I’m not going to answer that directly.”

In another interview, Marc said:

“The tweet was a bit controversial internally. Absolutely there was some risk.”

Marc went on to say:

”We may never deliver on that question, on the other hand, it is so validating and exciting to have  players’ minds focused on what could come.”

He has won a few awards, including:

When Marc and Beck decided to start their own gaming company, the first person they hired was a former developer of Defense of the Ancients: Allstars Steve “Guinsoo” Feak.

READ THIS NEXT: Who is Darci Lynne?