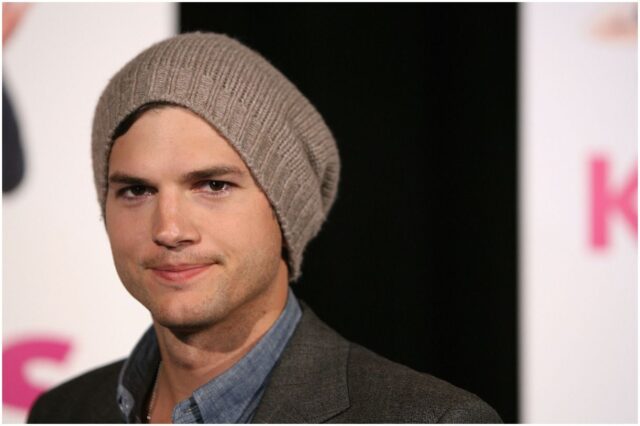 Who are the most famous people with a high IQ?

IQ, or intelligence quotient, is a measure of your ability to reason and solve problems.

IQ also predicts how people will do their job, even in non-academic professions such as being a carpenter or car mechanic.

According to Stuart Ritchie, a Scottish psychologist known for his research in human intelligence, there is a massive amount of data showing that IQ is one of the best predictors of someone’s prosperity, health, and longevity.

According to the Stanford-Binet scale, IQ is classified as follows:

In 2003, Natalie graduated from Harvard University with an A.B. in Psychology. Portman can speak German, French, Spanish, Hebrew, and English fluently.

In the 1990s, the actress was a semifinalist in the Intel Science Talent Search, a program of the Society for Science & the Public. Portman also co-authored 2 technical research papers in neuroscience, which were published in reputable journals.

Schwarzenegger, nicknamed “the Austrian Oak,” is reported to have an IQ of 132. At school, Arnold was reportedly academically average; however, he had a good-humored and exuberant character.

According to reports, Kesha has an IQ of around 140. She attained a near-perfect score on her SATs. Later, Kesha was accepted to Barnard College but dropped out after 3 months to pursue her music career.

The actress is widely reputed to have an IQ of around 154. Sharon was considered academically gifted as a child and entered the 2nd grade when she was five years old.

The Australian-American actress reportedly has an IQ of 132.

According to reports, Ashton Kutcher has an IQ of 160.

He had scholarships to attend Massachusetts Institute of Technology (MIT) or Purdue but lost them after he was convicted of 3rd-degree burglary and sentenced to 180 hours of community service and three years of probation.

The actor once said:

”The sexiest thing in the entire world is being really smart.”

He dropped out of the Massachusetts Institute of Technology (MIT) in 1969, one semester prior to graduating, to pursue a career in acting. At some point, he intended to follow a career as an eye surgeon.

Kudrow received her Bachelor of Arts degree in Biology from Vassar College, intending to become an expert on headaches like her physician’s dad.

She even earned a research credit on her father’s study on the comparative likelihood of left-handed individuals developing cluster headaches. About 8 years later, she received her first role.

O’Brien’s IQ score is 160. Conan graduated from high school as valedictorian in 1981. In his senior year, O’Brien won the National Council of Teachers of English writing contest.

May has an estimated IQ of 170. At Hampton Grammar School, he attained ten GCE Ordinary Levels and three GCE Advanced Levels in Mathematics, Applied Mathematics, and Physics.

In 2007, Brian was awarded a Ph.D. in astrophysics from Imperial College London.

Tarantino has an IQ of 160; however, Quentin had said he’d never been tested. At age 15, the American filmmaker dropped out of Narbonne High School in Harbor City, LA.

Davis is an American actress and activist who graduated with a bachelor’s degree in drama from Boston University in 1979. Geena received an Oscar for Best Supporting Actress for her performance in The Accidental Tourist. Her IQ is around 140.

Crawford graduated from DeKalb High School in 1984 as valedictorian. After high school, she studied chemical engineering on scholarship at Northwestern University.

Dr. Oz is a Columbia University professor, cardiothoracic surgeon, and television personality. He received his undergraduate degree in biology at Harvard University in 1982.

In 1986, Dr. Oz obtained MBA and MD degrees, respectively, at Penn’s Wharton School and the University of Pennsylvania School of Medicine.

Oka is an American actor who rose to prominence for his role on NBC’s Heroes as Hiro Nakamura. In 1997, he graduated from Brown University with a Bachelor of Science degree in computer science and mathematics.

During the 1992 Summer Olympics, Masi worked as a Spanish, English, and Japanese translator.

Norton is an American actor who received an Academy Award nomination for Best Actor for his performance as a reformed neo-Nazi in American History X.

Edward attended Yale College, where he earned a BA in History. Also, he worked as an analyst for an entrepreneurial nonprofit.

Watson is an English actress who rose to fame with her first professional acting role as Hermione Granger in the Harry Potter film series.

On May 25, 2014, Emma graduated from Brown University with a bachelor’s degree in English literature.

He has an estimated IQ of 130. Franco dropped out of school in his first year at the University of California, Los Angeles (UCLA), to pursue a career as an actor.

Streep is an American actress who was nominated for a record 21 Academy Awards (won three).

Meryl studied drama at Yale University, where the actress earned a master of fine arts degree in 1975.

Keys is an American musician who was composing songs by the age of 12.

Jeong is an American stand-up comedian who obtained his M.D. at the UNC School of Medicine in 1995.

In addition, Ken Jeong completed his residency in internal medicine at the Ochsner Medical Center in New Orleans, Louisiana.

Jones has won the Academy Award for Best Supporting Actor for his role in the 1993 thriller film The Fugitive.

In 1980, Dolph received a degree in chemical engineering from the Royal Institute of Technology.

In 1982, Lundgren earned a master’s degree in chemical engineering from the University of Sydney.

In 1997, Yale University conferred her an honorary Doctor of Fine Arts degree.

He has been credited as one of four co-authors of a 2011 academic paper into human brains. The paper has been published in the journal Current Biology.

Interestingly, Firth said in an interview:

“I didn’t like school. I just thought it was boring and mediocre and nothing they taught me seemed to be of any interest at all.”

Brewster is a Panamanian-American actress and model. In 2003, she graduated from Yale University with a B. A. in English.

During an interview with People, Brewster said:

“When you have to play a little bit dumb or innocent, that can be challenging. I love Tina Fey because she does both.”

Jordana went on to say:

In 2013, the American actor was awarded the Harvard Arts Meda. He wrote the script for Good Will Hunting as a project for a college English class.

Matt has been nominated for six Emmy Awards and two British Academy Film Awards. In 1988, he received an Academy Award for the screenplay of Good Will Hunting.

Bialik holds a Ph.D. in neuroscience from UCLA. Her dissertation was an investigation of hypothalamic activity in patients with Prader–Willi syndrome.

American actor Steve Martin has an IQ estimated to be about 142. In 2004, Comedy Central ranked Steve at 6th place in a list of the 100 greatest stand-up comics.

Note – a number of studies have found an association between humor and a higher IQ.

Ben graduated as valedictorian from Yale Law School in June 1970.

Stein worked as a professor of law and economics at Pepperdine University and the University of California–Santa Cruz, a speechwriter for Presidents Gerald Ford and Richard Nixon, trade regulation lawyer for the Federal Trade Commission, and a poverty lawyer.

READ THIS NEXT: Lewis Hilsenteger Net Worth