Short answer – No, Russell J. Holmes and Mike Holmes are not related.

If you have an interest in cars, the construction industry, or reality TV shows based upon these, or similar subjects, then you’ve probably heard of either Mike Holmes, Russell Holmes, or both.

Both of these men have made names for themselves in not only the world of construction and automobiles but also in the world of reality TV as well.

It was arguably the 90s that showed us that there was, and as, an audience for construction-based TV shows, home makeover shows, and reality TV.

Both Mike Holmes and Russell Holmes fit the criteria perfectly as one person people can’t get enough of, and the other is a somewhat polarizing figure that people love to hate.

Both men work in the entertainment industry, and both men made a name for themselves in construction, and considering they’re both called Holmes, people often assume that they’re related. But is Russell Holmes related to Mike Holmes?

Who is Russell Holmes?

Best known for his work on the Discovery Channel’s Fast ‘N Loud, and ‘Garage Rehab TV,’ he was also a member of Richard Rawling’s Gas Monkey Garage Team, where he worked as a fixer.

Holmes, despite being best known for his work with garages and cars, actually does not specialize in automobiles at all.

Instead, he is an expert in the construction industry, where he has more than 20 years of experience.

Born in New York, Holmes grew up around cars.

He drove his first car at just 12.

By 15, he had learned to drive and had his own car, which he afforded by mowing lawns in his neighborhood and doing small odd jobs for his neighbors.

Russell did a lot of the work on his car himself and was largely self-taught.

It was this which helped pave the way for his TV career on shows such as Fast ‘N Loud and Garage Rehab TV.

Despite having a passion for cars, Holmes made the majority of his money before his TV career, in the construction industry.

He even operated his own construction business.

Fortunately, Richard Rawlings of Garage Rehab TV fame, advertised that he needed a construction specialist for his show.

Russell applied almost instantly, and the rest, as they say, is history.

On the show, Russell is quite the polarizing figure.

He can be loud, brash, and even somewhat arrogant.

He definitely brings drama to the screen, and audiences love to dislike him.

Who is Mike Holmes? 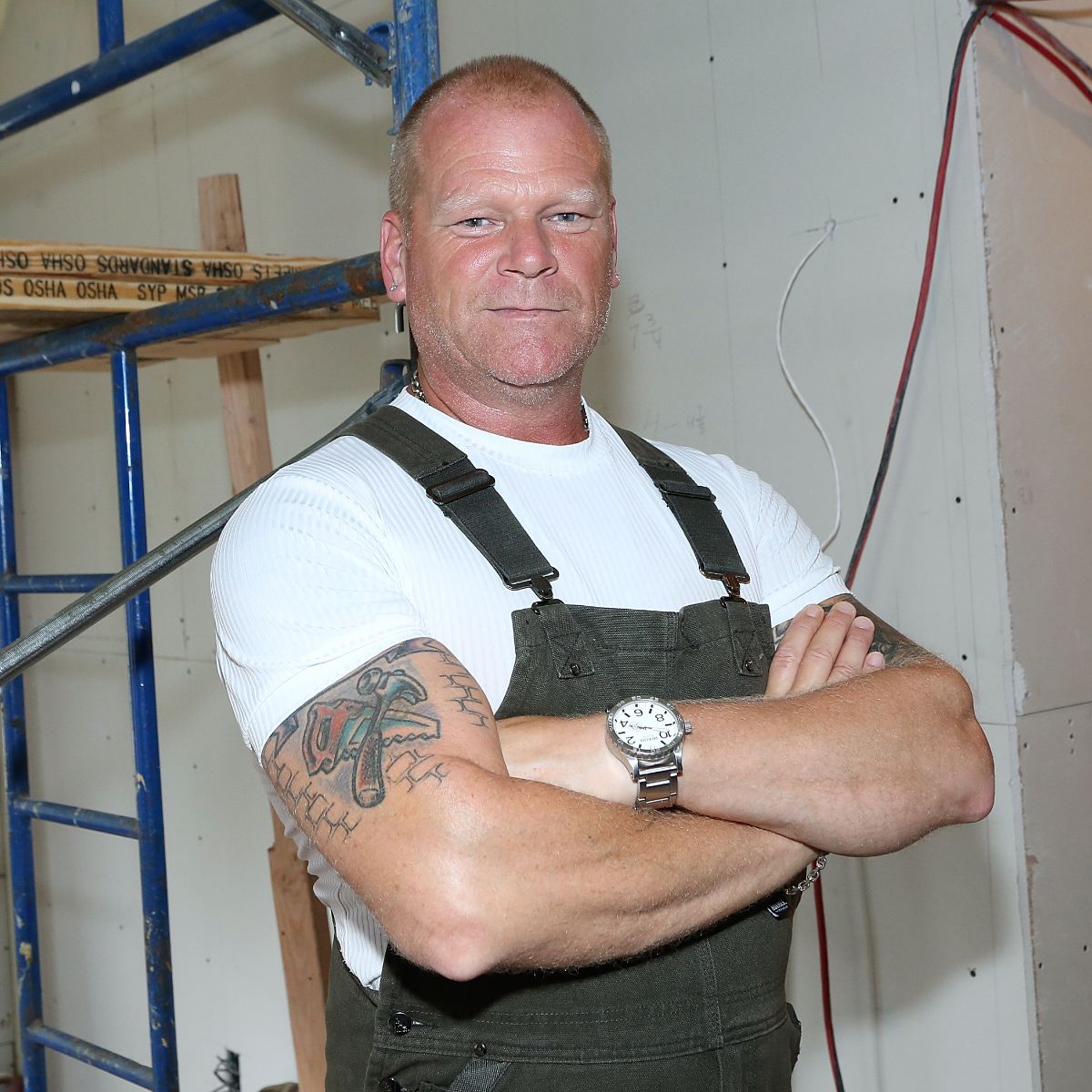 As we’re attempting to answer the question if Russell Holmes is related to Mike Holmes, because we’ve looked at Russell, we now need to look at Mike.

Mike Holmes, who was born Michael James Holmes on August 3rd, 1963, is a Canadian contractor, builder, investor, author, TV host, and businessman who has decades of experience behind him.

Mike has appeared in numerous construction-based TV shows over the years, yet he is perhaps best known for his very first TV show, which was entitled ‘Holmes on Homes.’

This show proved to be a smash hit, and the premise was simple, Mike would basically visit the homes of people who had been subjected to poor/dangerous construction work from so-called “professionals,” and he and his team would make it right.

Holmes typically rescued homes from renovations that had gone wrong, and as well as carrying out simple repair jobs, he would also perform more serious repair work that could potentially save lives.

It was not uncommon for Mike and his team to uncover dangerous issues such as faulty wiring, asbestos, mold, structural damage, poor insulation, and much more besides.

The TV show proved to be a huge hit, and soon numerous other titles would follow.

He made a name for himself in the construction industry and on TV and became a huge celebrity in the process.

With shows such as Holmes Inspection, Holmes Makes it Right, Holmes Family Rescue, Holmes 911, Holmes and Holmes, and many more besides, he became the ultimate TV handyman and a voice for the people.

As the years went by, Mike began new business ventures and even found himself getting into the coffee industry and launching his own line of construction and workwear, which proved to be extremely popular.

Mike’s heart is as big as his resume as, following the devastating effects of Hurricane Katrina, Holmes, who held the trademark for ‘Make it Right’ allowed Brad Pitt to set up his ‘Make it Right Foundation’ and use the copyrighted term, in exchange for Holmes providing the expertise and helping to clean up the devastation.

Okay, so, now we know that the two Holmes’ are both reality TV personalities and that they have both made a name for themselves in the construction industry but is there another link?

Considering the two men work in entertainment and have backgrounds in construction, logically, you may think that there could perhaps be a family connection, given their last names.

Well, the truth of the matter is that both men are NOT related to each other.

The two men share the same last name and have a background in construction while working on TV, but that is where the connection ends.

If you look at the two, you’ll see that they do not look alike, nor do they sound alike.

As far as we know, unless there is some deep-rooted connection that we don’t know about, the two men are not related.

READ THIS NEXT: Are Pete Davidson and Jon Cryer related?