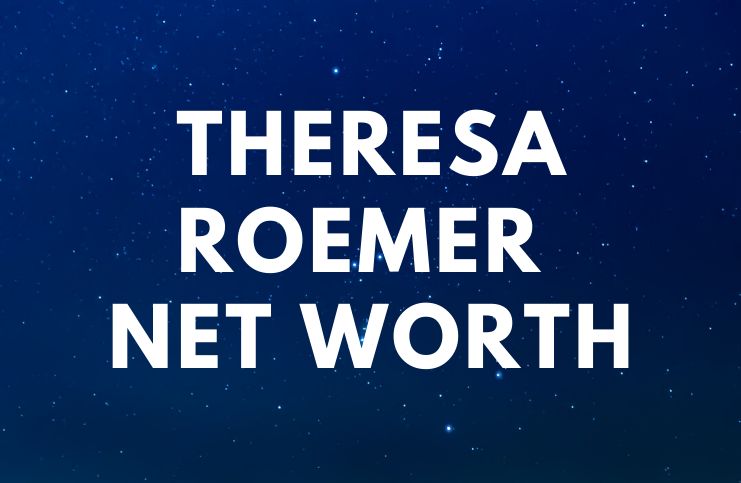 Theresa Roemer is an American businesswoman and entrepreneur who won the U.S. Open in bodybuilding at the age of 40. In addition, Theresa has served as the CEO of Theresa Roemer, LLC, where she is in charge of her own lifestyle and style brand.

Roemer grew up with three siblings, and spend most of her childhood outside. In her words:

“I wanted to spend every minute outside because, as a child, I was sick all the time and always wanted to run away from my illness.”

”My brother and I were best friends … we did everything together.”

In her junior high school, she was an excellent basketball player. Actually, Roemer was so good at playing basketball that she got a sports scholarship to attend Black Hills State University.

When she was young, Theresa’s then-boyfriend took priority over other things. Theresa even turned down the basketball scholarship at Black Hills State University so that she could remain with her boyfriend.

READ MORE: Who is Rachel Hollis?

In 1991, she opened her chain of fitness centers called, ”Body by Design.”

When Roemer opened the door to her 1st club, she said:

”I went on to build businesses around my passion for fitness.”

”By 1991 I had five fitness centers in Wyoming and a personal training service.”

Since 2005, Roemer has been an Ambassador for the Texas Children’s Hospital, a pediatric hospital that is located in the Texas Medical Center in Houston.

In the present day, Theresa is the CEO of Theresa Roemer, LLC.

Theresa Roemer got married when she was in her 20s. She said:

“I met my first husband in high school, and I thought I was supposed to have this white-picket-fence life, after growing up on a ranch.”

”You know – marry a rancher, have kids, and live happily ever after … but turns out, I was wrong. I went through seven years of hell.”

She got divorced at age 29.

The Death of Her Son

After a terrible car accident, Michael, her son, passed away when he was 19. At that time, she contemplated suicide:

“I almost committed suicide, but I said, I can’t have my daughter lose her mother and her brother at once. She kept me alive.”

Theresa went on to say:

”And one year later, she got pregnant with twins—those babies gave me hope.”

In 2012, Theresa and Lamar Roemer moved to a 17,000-square-foot mansion in the Houston neighborhood of The Woodlands.

The mansion has 11 bathrooms and 9 bedrooms spread over 3 levels. In addition, the home features a media room, gym, butler’s pantry, wet bar, and elevator. Furthermore, the mansion has a dedicated beauty salon. In addition, it features 25-foot floor-to-ceiling glass walls and an Egyptian Crystal chandelier.

Roemer also owns the “she-cave,” which is a 3,000-square-foot closet located in her mansion. Roemer’s closet is known all over the world, and her “she-cave” is dubbed as the world’s largest closet. For instance, the closet is 3 stories high and cost over $1 million to build.

On the 3rd floor, there is a collection of furs. On the 2nd floor, there are shelves to hold her over 300 pairs of shoes, scarves, and belts (manufactured by Chanel, Hermès, and Gucci). On the 1st floor, there are her handbags (over 50 Hermès bags) as well as her jewelry.

In 2014, she had $1 million worth of luxury items stolen from the three-story wardrobe. In the same year, Theresa has revealed that she is ready to leave her house behind in favor of building an even larger wardrobe space in her new home. In her words:

“It’s been the perfect entertaining home. You can have 500 people there for an event and barely know it.”

”People are surprised because they think it would feel cold, or like a museum, but they come inside and say it feels luxurious, but homey, too.”

”We originally listed it for $12.9 million, which was in alignment with other houses and the oil field at the time, but then the oil market went to (s###), so we had to start lowering the price.”

Later, she changed her mind regarding selling her house.

Currently, Theresa hosts fundraising events in her closet. She said:

“Women will pay a lot of money to hang out in my closet.”

Theresa went on to say:

”For $100.00, they can come to my house, explore the closet, have their picture taken, drink Champagne, and eat hors d’oeuvres in there. It’s kind of like a party.”

In 2016, Gucci Mane filmed a music video inside her closet with its floating staircase.

READ MORE: What Happened to Tanya on Little Women: Atlanta?

In 2011, Theresa climbed Mt. Kilimanjaro to raise money for the Child Legacy International, a Christian non-profit organization working in Africa. Mt. Kilimanjaro (with its summit about 4,900 m from its base) is the highest mountain in Africa.

When she was young, Roemer had rheumatic fever (an inflammatory disease which can involve the joints, heart, brain, and skin), which caused her to have a heart murmur. She said:

“The medical prediction for me was bleak, that I would be sick most of my life, and that sports were out.”

Rheumatic fever can develop if scarlet fever and strep throat infections are not treated correctly. RF is most common in 5- to 15-year-old children. Before antibiotic medicines became widely used, RF was the single biggest cause of valve disease.

As a board member for Child Legacy International, Theresa often visits Malawi to offer aid.

Roemer earned most of her wealth from being the CEO of her own lifestyle and style brand, called – Theresa Roemer, LLC. Also, she has a YouTube channel that has more than 73,000 subscribers on which she runs advertisements. Therefore, Theresa Roemer has an estimated net worth of $13 million.