Jimmy Fortune is an American country singer who released eight albums as a solo musician. He also sang tenor for The Statler Brothers for 21 years.

He grew up in Staunton, Virginia in a musical family. From a very young age, Jimmy played gospel music.

Fortune went on to say:

“I went back and got my GED, but I didn’t graduate with the class.”

He began his musical career during high school as a member of the Nelson County High School choir.

He started to sing in The Statler Brothers band in 1982 as a temporary replacement for singer Lew DeWitt.

At the time, Lew was suffering from Crohn’s disease (a type of inflammatory bowel disease) and the ground required a temporary replacement.

In 1983, Jimmy permanently joined the band when Lew was not able to return to the stage. 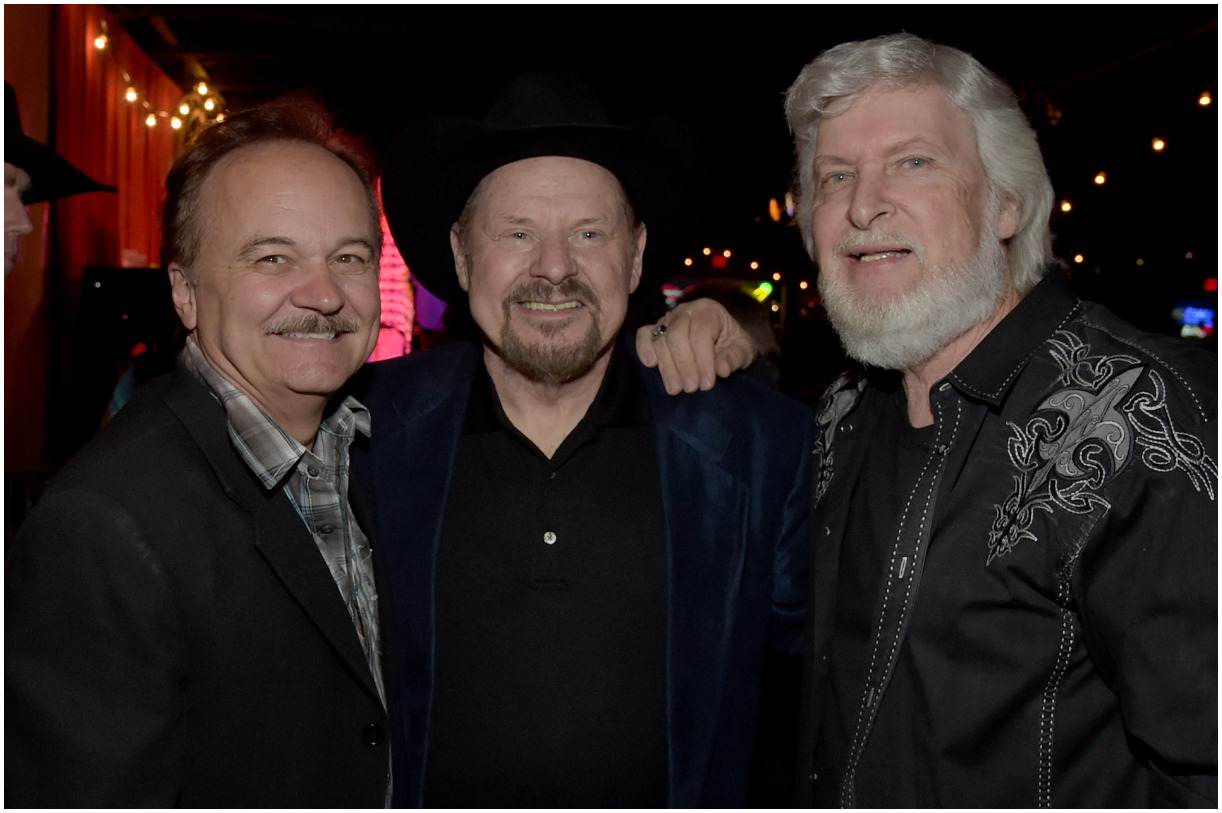 During an interview, he was asked about his career highlight with the Statler Brothers. The country music singer said:

”He never made us feel like we were less than he was.”

In 2002, The Statler Brothers founders Phil Balsley, Harold Reid, and Don Reid decided it was time to retire.

Since forming, the band has released over 40 albums.

In 2007, The Statler Brothers and Fortune were inducted into the Gospel Music Association Hall of Fame.

On June 29, 2008, they were inducted into the Country Music Association Hall of Fame.

Jimmy sang tenor for the group for 21 years.

Later, he transitioned into a solo career. 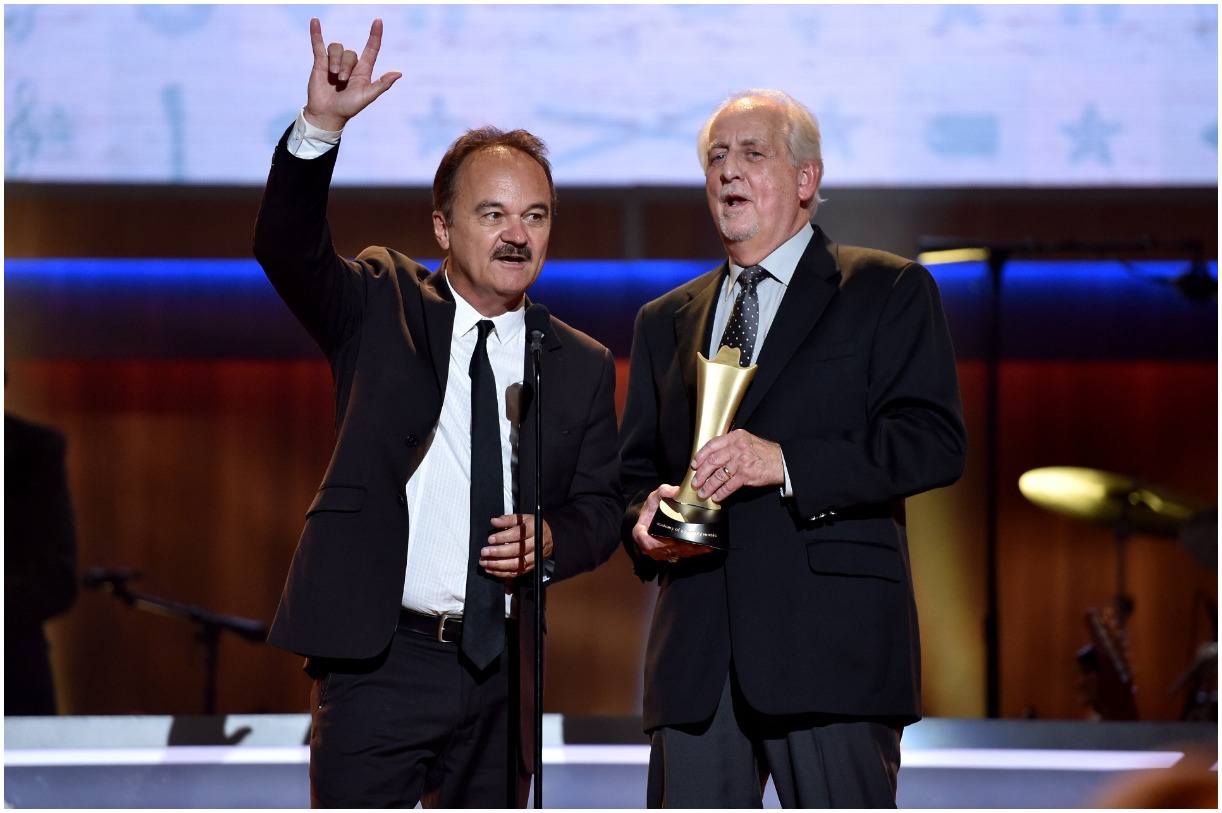 In 2015, Fortune released ”Hits & Hymns.” The album was produced by Ben Isaacs, and it features Vince Gill, the Gaither Vocal Band, the Oak Ridge Boys, Sonya Isaacs, and Ricky Skaggs.

On May 24, 2019, the album ”God & Country” was released via Gaither Music Group. It includes a new rendition of The Statler Brothers’ hit “More Than a Name on a Wall.” The recording is also available in Cracker Barrel Old Country Store locations. 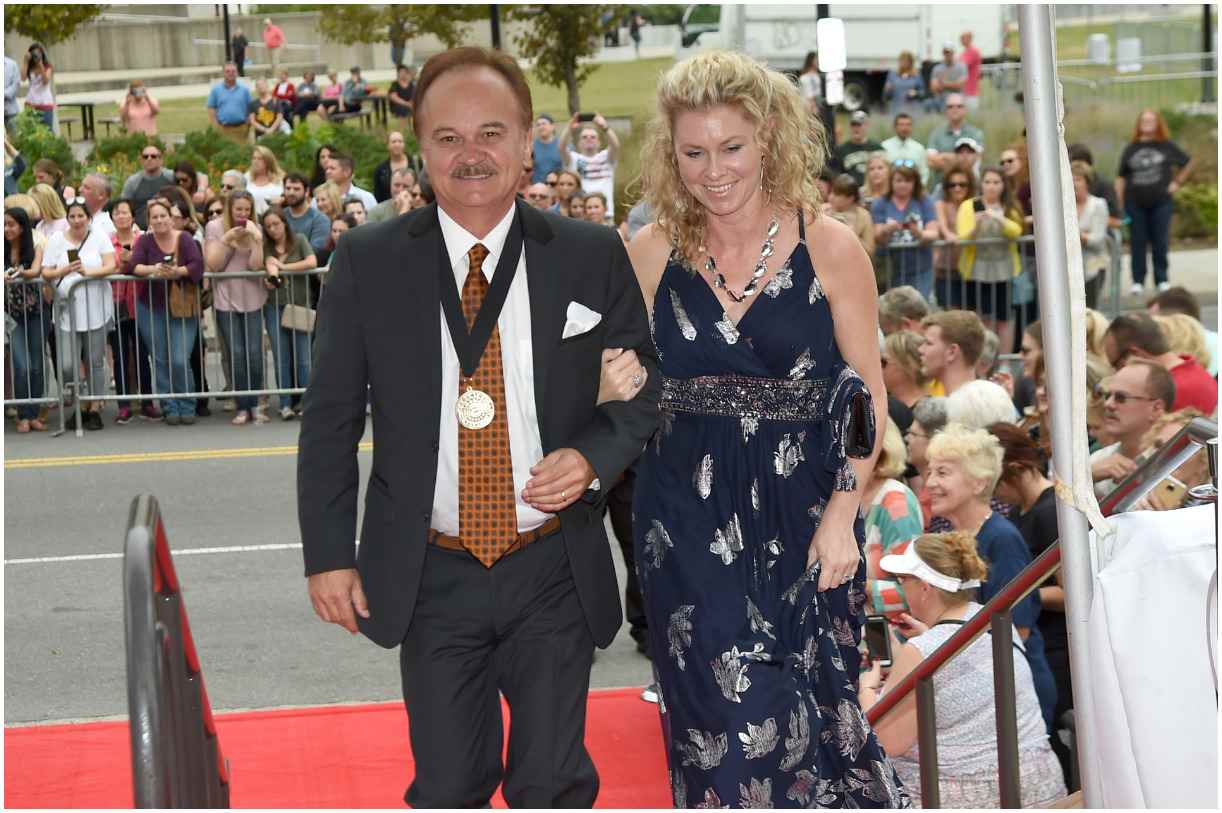 Jimmy Fortune has four children with his second wife and at least one with Nina.

During an interview, Jimmy said about his children:

”I try to take time for family as much as I can, because I missed a lot when my kids were growing up.”

”I try to get as much of that in that I can with my grandchildren.”

In 2012, the musician wrote on his Facebook page that his child was born with spina bifida, a condition in which there is an abnormal development of the backbones, spinal cord, surrounding nerves, and the fluid-filled sac that surrounds the spinal cord.

Many children with spina bifida only have mild symptoms or don’t have any symptoms. Some of the symptoms may include the following: 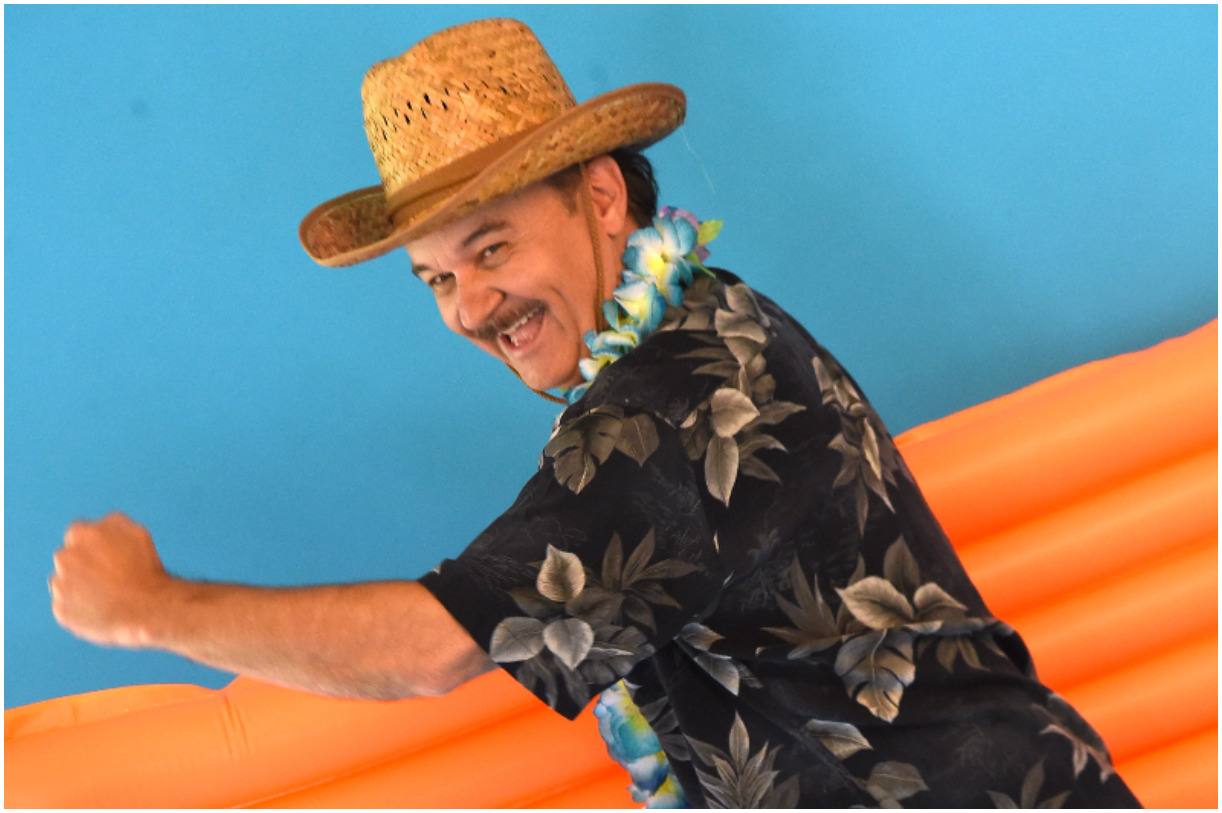 ”I knew a higher power than me was driving this.”

”I credit God with putting me in a position where I was able to do that.”

”The whole project to me was just a God thing.”

”Some things just happen in life, but life can be a pretty tough thing.” (source)

”We sign autographs after every show and get out there with the people and meet and greet.”

He wrote several songs recorded by the Statler Brothers, including:

Fortune earned most of his wealth from his music. For 21 years he was part of the Statler Brothers. Later, Jimmy released 8 solo albums.

He has performed all over Canada and the United States.

Therefore, American country singer Jimmy Fortune has an estimated net worth of $3.5 million.

I met Jimmy Fortune on a Royal Caribbean cruise ship onboard Serenade of the seas, and had a chance to talk to him while I served him and also took a pic with him. He also signed an autograph for me.( which I still treasured with me)That was in the year 2015. I remember Jimmy wished me well for my music courier. He was very down to earth person. He was a former band member of The Statler Brothers, an American country band for 21 years. Jimmy was featured in a song video called "A Bible and a belt" where ges joining his hands and sobbing to the sentiments of the song. I recognized Jimmy Fortune in the video that i met this man almost 7 years ago.

I am a Disabled Vietnam Veteran. When I first heard Jimmie's song "More than a Name on the Wall" I cried like a baby. To this day I can't hear that song without remembering the "Heros" that are on that WALL. Especially one name as he & I were "True Brothers from another Mother". I was a gun jeep driver with the 716th MP Bn. in Saigon Vietnam & Jimmy Bedgood was my "Gunner". On May 6th 1968 we went to help out another "Brother" that was in trouble & under heavy fire from N.V.A. Troops. There was us & three other Gun-Jeeps involved. We succeeded in getting the "Brother" out but in the action I was wounded in the leg & when I was walked away from the jeep to have a battle dressing put on my wound the N.V.A. hit my jeep with an R.P.G. killing Jimmy. It has been my mission in life to make sure that Jimmy is remembered & "More than a Name on a Wall". I have written to Mr. Fortune & told him how I felt about the song & what it means to me. Mr. Fortune wrote me a letter back thanking me for my letter & that someday he would like to shake my hand. I would love to go to one of his concerts but I get very "nervous" in big crowds. I have had to give up a lot of things I used to love to do because of this.

Hey Jimmy, The Aberdeen Barn "Afton Mtn" group will never forget you during that time. We had a blast with you...I will always remember you doing side jobs for Mr. G. while practicing with Bucky and his group. We were all so proud of you when you joined the Statlers. Clarissa, Becky, Marilyn "Ann", Nina, Jeannie, Kim, Jeff, myself and many more. We all wish you well.

I bought tickets to Jimmy Fortune, in concert, over a year ago. Then his performance was canceled. Finally, we got to see his show last night. I knew it would be amazing, but Jimmy's voice, personality, being a Christian, all, were far above anything I expected. His connection with the audience, through relating bits about his parents, childhood, his children, his belief in God and love, devotion to God and this great country, and all who have served, the veterans, families, just seemed to make a strong connection to him, as a down to earth, neighborly, type person, all could connect with, outside of his great talent as a singer, songwriter. He just seemed to be a man you would like to live next door to, go to church with, be part of family neighborhood barbeques, laughing, talking about children, grandchildren. I put him far above most entertainers, just because he is a nice guy, plain and simple. That is not a put down or saying anything but amazing about his talent, or honors/ awards/ achievements, by any means. Just a fact, he comes across as a good man. In the entertainment business, to most of us, that speaks volumes. Anyone who gets an opportunity to see Jimmy Fortune's shows, will certainly enjoy it, come away feeling good, blessed. A huge thanks to all his band members too. We look forward to attending more of his shows.