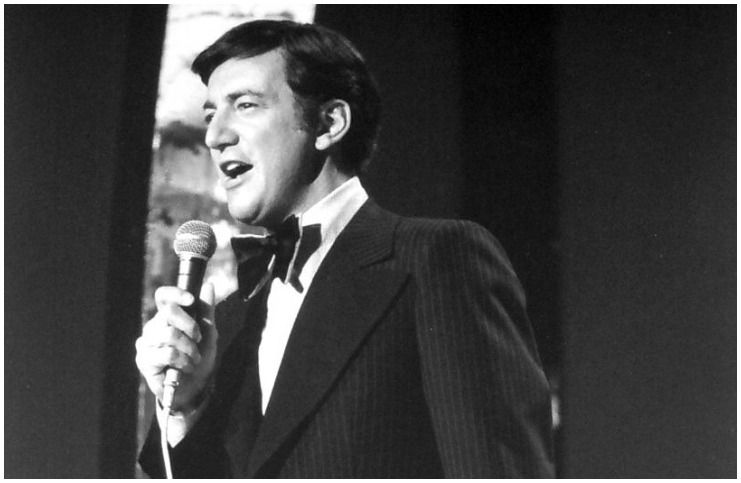 Bobby Darin (birth name – Walden Robert Cassotto), nicknamed – The Latin Lover, was an American actor, composer, multi-instrumentalist, and singer, who won the Grammy Award for Record of the Year in 1960.

His wish for a legacy was:

“to be remembered as a great entertainer, and a human being.”

His mother, Polly, had been a professional entertainer for many years. In 1968, Bobby discovered his “sister” Nina was really his mother and his “mother” Polly was actually his grandmother.

Nina and Polly decided that it would be better if Polly assumed the role of the mother since Nina had gotten pregnant at age 17.

His father died a few months before he was born. The identity of his father was never privately or publicly disclosed.

At age 8, Bobby was diagnosed with a heart illness due to multiple bouts of rheumatic fever, an inflammatory disease that may develop after a Group A streptococcal infection.

He was not expected to reach age 16.

By the time he was a teenager, Bobby could play several instruments, including guitar, drums, and piano.

He graduated from The Bronx High School of Science. Later, Darin went to Hunter College, but he did not graduate.

In May 1958, Darin recorded a song, “Splish Splash.” The single sold about 100,000 copies in 3 weeks and eventually would sell more than 1 million copies. Darin said to have written Splish Splash in 12 minutes.

In the same year, he released another song, titled – “Mack the Knife.” He won the Grammy Award for the single in 1960. It sold more than two million copies. The single went to No. 1 on the charts for 9 weeks.

In 1961, he starred in the film “Come September” with 18-year-old actress Sandra Dee (his future wife), Gina Lollobrigida, and Rock Hudson. The film was directed by Robert Mulligan.

Later that year, Darin performed in “Too Late Blues” as a struggling jazz musician. The film was written by Richard Carr and Cassavetes. Darin was criticized by film critics for his performance in the film.

In 1962, he won a Golden Globe Award for his performance in the film ”Come September.”

Also in 1962, he started to sing country music. Some of the hit songs include the following:

Darin was present on the night of June 4/5, 1968, at the Ambassador Hotel in LA at the time of Senator Robert Kennedy’s assassination.

In 1972, Darin starred in his own TV variety show on NBC, named – ”Dean Martin Presents: The Bobby Darin Amusement Company.”

Dee was quoted as saying:

“He just woke up one morning and didn’t want to be married anymore.”

Darin had one son with Sandra Dee, named Dodd Darin. His son wrote a book about Bobby and Sandra.

”Sure my career means a hell of a lot, but it will never come before Sandy and my son.”

In January 1971, Bobby has suffered a mild heart attack. He later underwent open-heart surgery to have 2 artificial valves planted in his heart.

On December 20, 1973, Bobby Darin died after a six‐hour open-heart surgery after a malfunctioning of the artificial valves at Cedars-Sinai Hospital in LA.

He literally died minutes after the operation in the recovery room.

His last wish in his will was that his body is donated for medical research.

On May 26, 1982, Darin was posthumously awarded a Star on the Hollywood Walk of Fame in Hollywood, California.

In 2004, Kevin Spacey starred as Darin in the feature film biography, titled – ”Beyond the Sea.”

”My entire life has been a lie.”

”If you don’t try, if you don’t do something for yourself, you won’t get anywhere.”

”I must do what artistically pleases me.”

READ MORE: Who is Arnel Pineda?

”I could have a roomful of awards and it wouldn’t mean beans.”

”It isn’t true that you live only once. You only die once.”

On June 25, 2019, The NY Times Magazine listed the American singer among the artists whose material was destroyed in the 2008 Universal fire.

In 1960, Darin was the only actor ever to be contractually signed to 5 major Hollywood studios.

Bobby changed his Italian name (Cassotto) to one that sounded more “American.”

He was an enthusiastic chess player.

In the 1960s, Bobby co-owned a music production and publishing company.

Darin made most of his wealth from releasing several hits, especially Splish Splash and Mack the Knife. Both singles sold over 3 million copies in total. In addition to music, Bobby starred in several films.

READ THIS NEXT: Is Dimash Kudaibergen married?