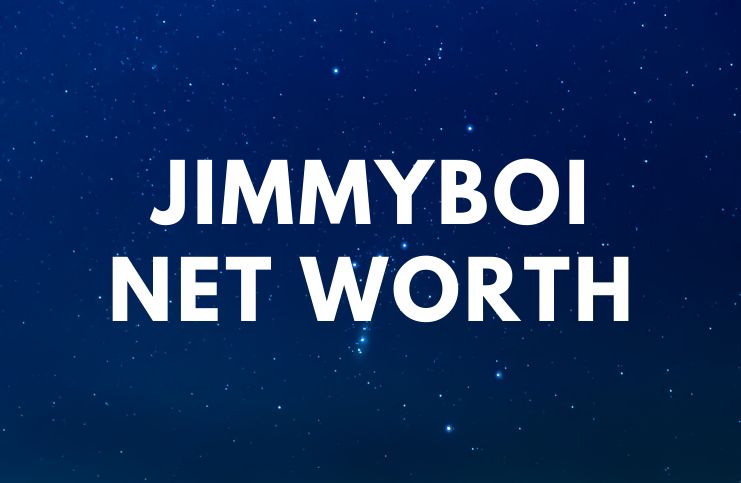 JimmyBoi, born as Jimmy Phan, is an American jeweler designer based in Houston who has a reputation for working with the finest precious metals, watches, and gems, and has had numerous celebrity clients throughout his career. He rose to fame under the professional nickname – ”The Streets Jeweler.”

Jimmy is the child of prominent Vietnamese rockers from the CBC Band. CBC Band played at South Vietnam’s first International rock festival, Live at the Saigon Zoo on May 29, 1971.

He is the founder of Live2Hustle Entertainment.

Before he was a jeweler, Phan was a rapper.

Phan has a daughter, Savannah Phan, who is a popular Instagram sensation. Her Instagram videos and photos are posted by Jimmy. Currently, Savannah has over 338,000 followers on Instagram. She also has her own clothing line called HOPE.

Many of her Instagram videos feature her handling large sums of money and jewelry. Savannah has gained legions of fans for her renditions of songs by artists like Meek Mill and Drake.

”My everything wanted a club themed party for her 13th bday so she got it.”

”So I got 5 more years to prepare her for the world but 1 thing I know, 2 things fasho & 3 things for certain is that she ain’t never gon need anything from anyone besides their true love & attention.”

”I can never stop saying how proud I am of everything she’s done.”

”Watching her grow into the lady she is & how caring & loving she is just amazes me.”

”The fact that I grew up in an unstable environment was enough for me to want my children to have a stable & strong foundation.”

”In your journey of life, you will meet people & sometimes build with people that will later no longer be in your life anymore, you may feel someone belongs in your life forever but they will not.”

”I set out on a mission to build a better life for my children without even knowing I was.”

”I strongly believe that a big part of my success has to do with my outlook on life & my principles I live by so make sure you set some principles for yourself.”

”No matter how big or small the job is, we focus on making it right or we just won’t make it at all.”

”When you still young, surround yourself with some older cats that’s gone watch your back instead of setting you up to crash.”

”Family is everything but without God, we wouldn’t even have family.”

In 2018, Tekashi 6ix9ine sent his girlfriend (Jade) a luxury gift from behind bars. It was a 41mm Rolex Datejust, that was customized with 18k white and rose gold and 24 carats worth of VS diamonds.

“Thank you baby your the best even when your not around shout out @jimmyxboi for the drip.”

Apparently, Phan gave the expensive present to Jade himself on behalf of Tekashi 6ix9ine.

Tekashi 6ix9ine (real name – Daniel Hernandez) is an American songwriter and rapper who was arrested on weapons, racketeering, and drug charges in 2018. In the follow-up year, Tekashi 6ix9ine pled guilty. He is facing a possible 47-year prison sentence.

His controversial public persona is characterized by his legal issues, public feuds with fellow celebrities, extensive tattoos, and distinctive rainbow-colored hair. His musical career has been marked by an aggressive style of rapping.

Tekashi 6ix9ine is due to be sentenced on January 24, 2020. On February 16, 2019, it was revealed that Tekashi 6ix9ine could avoid jail time in exchange for his willingness to testify against fellow gang members.

Phan was commissioned by Killer Mike to create a custom piece of jewelry. Killer Mike is an American rapper who appeared on the song “Poppin’ Tags” off of Jay-Z’s album, The Blueprint 2. Mike is also the founder of Grind Time Official Records.

Mike attended Morehouse College in the mid-’90s. Also, he made his debut on the 2000 hit “Snappin’ and Trappin.'” He became known for his collaborations with OutKast, Rick Ross, and TI. Furthermore, Mike is one-half of the popular duo known as Run the Jewels.

In 2018, Jimmy posted on his Instagram account that he had flipped an ATV during the trip. Additionally, Phan wrote that many people were involved in a motorized vehicle accident.

Phan earned most of his wealth from working as a jeweler designer, especially for celebrities. He once said that he generated around $1.4 million in sales his 12 months as a jeweler. Jimmy also earned some money from being a musician. Therefore, JimmyBoi has an estimated net worth of $7.2 million.