The former Miss New York USA has tried her hands at a lot of different jobs—from performing Off-Broadway to co-hosting Fox News’ shows, from bartending to playing the lead role on Warner Bros. Television’s Drama ‘Gotham’—this lady can do it all.

Here’s what we know about her rise to fame across a plethora of genres.

Joanne Nosuchinsky was born on the 26th of September 1988, in the small town of Freehold Township, New Jersey.

Her parents were Roman Catholic and of Italian and Ukrainian descent, and they sent her to Howell High School.

There, she attended the Performing Arts Center—clearly convinced that the spotlight was calling her name even at a young age.

After graduating from Howell, she enrolled at Rider University in Lawrenceville, New Jersey. There she studied towards a BA in Fine Arts with a focus on theatre studies.

As a newly fledged graduate, Joanne made the move to the Big Apple, committed to scoring her first film or television role.

She appeared in a handful of episodes in ‘As the World Turns,’ and then portrayed the character, Greta, in ‘With a Little Help.’

Unfortunately, her acting career stalled after those brief brushes with the silver screen, and so Joanne turned her eye in a new direction: beauty pageants.

Joanne has been in a long-term relationship with singer Douglas Goodhart since 2015.

She and the Douglas and the Goodharts frontman are not planning to expand their family, focussing on their careers in 2021. 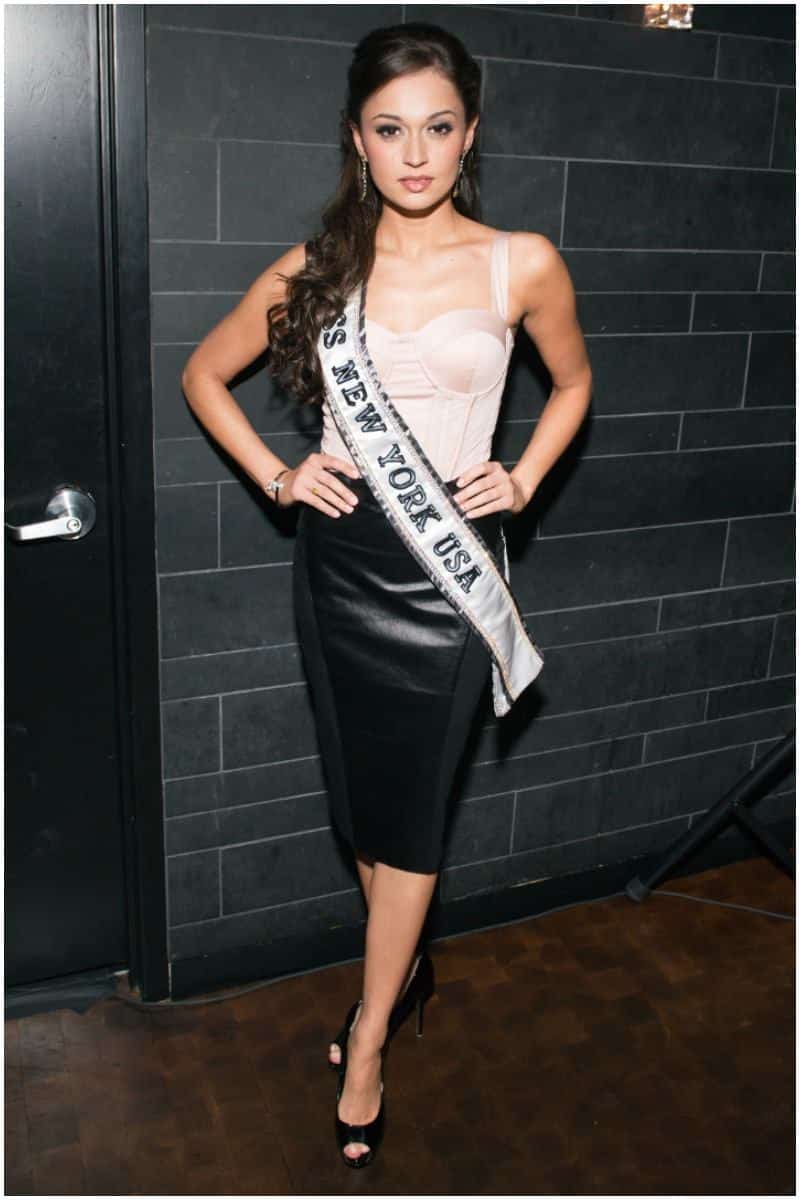 While perusing the Wanted section of a local paper, Nosuchinsky spotted an ad for a local beauty pageant.

The pageant—Miss New York USA—was to be a fortuitous break for the young beauty.

She entered, representing Hell’s Kitchen—the area she was living in at the time—and was crowned Miss New York USA.

From there, she went on to compete for the title of Miss USA 2013, but the title went to Miss Connecticut, Erin Brady.

When Nosuchinsky returned home from competing in the Miss USA 2013 pageant, there was some good news waiting: she’d been offered the role of panelist on Fox News’ Red Eye.

The show covered topics ranging from current affairs, politics, pop culture, sports, entertainment, gossip, and business, and it was created by Gutfeld.

The show opened more doors for the outgoing and driven Nosuchinsky. She appeared on Hannity, Outnumbered, The Greg Gutfeld Show, and Fox and Friends. 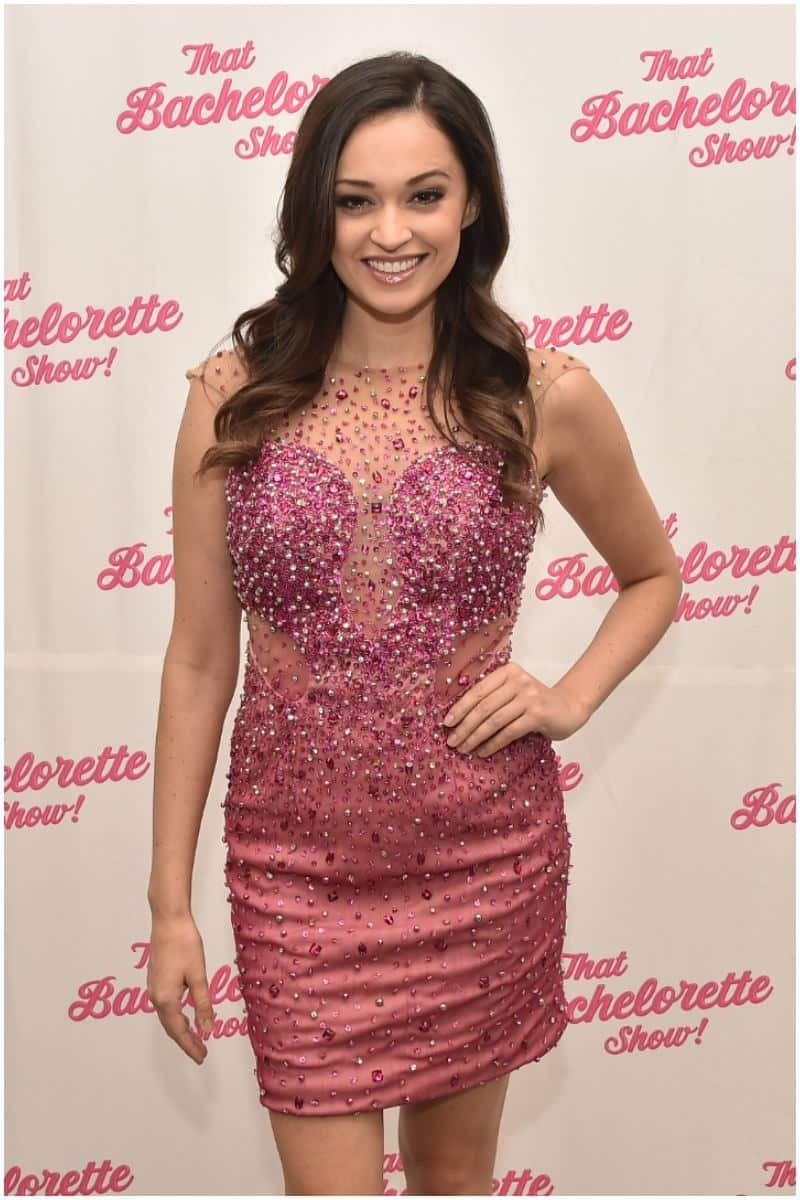 In the summer of 2016, Joanne made a bold move by announcing she would be leaving her role at Fox News to pursue an acting career.

After 3 years on the show, and building up a strong following for her educated but irreverent take on current affairs, she scored a minor role in the US drama series Gotham.

Gotham had been on screens since 2015 and had experienced a strong critical reception and solid viewer numbers.

Nosuchinsky came on in 2017 to play a news reporter and then appeared in the short film, Anything Boys Can Do in 2018. She also played a reporter in that role.

The Dark Side Of Fame

In June of 2017, Kansas local Douglas Yoxall was arrested for stalking the former news panelist and actress.

The police discovered that between January 2016 and May 2017, Yoxall had sent thousands of text messages—some of which were threatening—and called the Fox network more than a thousand times in search of the star.

The level and intensity of the contact from Yoxall was enough for the savvy actress to enlist the help of police.

Nosuchinsky filed her first complaint, that of aggravated harassment, against Yoxall in the same month the harassing text messages started.

In mid-2017, local authorities in Kansas pulled Yoxall over for a traffic infraction.

While he was being questioned, the officer noted that Yoxall had a shovel in the back of his car.

Yoxall did not give consent for his vehicle to be searched but claimed to be on his way to New York to win back a woman he liked.

After letting Yoxall go, the highway patrol officer called the NYPD to give them a heads up.

Some days later, Yoxall was arrested for stalking Nosuchinsky at her New York home for sending flowers to her apartment and contacting her through email and social media. 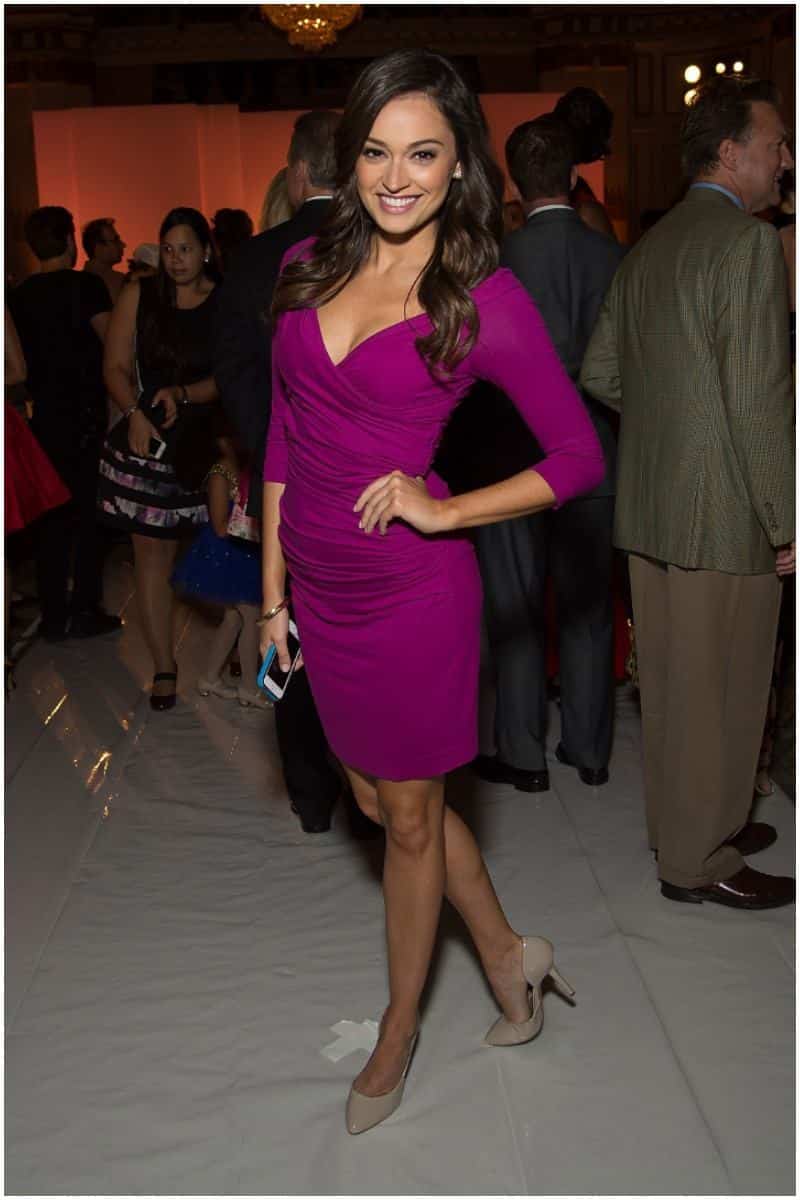 While Nosuchinsky is usually admired for her awareness of the world and cultures around her, she fell into hot water on 19th March 2020 for what was condemned as a racist attack.

In a video posted to Instagram by Chrissie Mayr, Nosuchinsky appeared singing the 1990s hit Kung Fu Fighting. In the video, she changed the lyrics to “Kung flu fighting.”

Nosuchinsky earned most of her worth for serving as a panelist on the Fox News Channel’s late-night show Red Eye w/ Tom Shillue.

Joanne has also appeared on As the World Turns, With a Little Help, and Gotham.

Therefore, actress Joanne Nosuchinsky has an estimated net worth of $1.5 million.

READ THIS NEXT: What is Adam Driver’s religion?