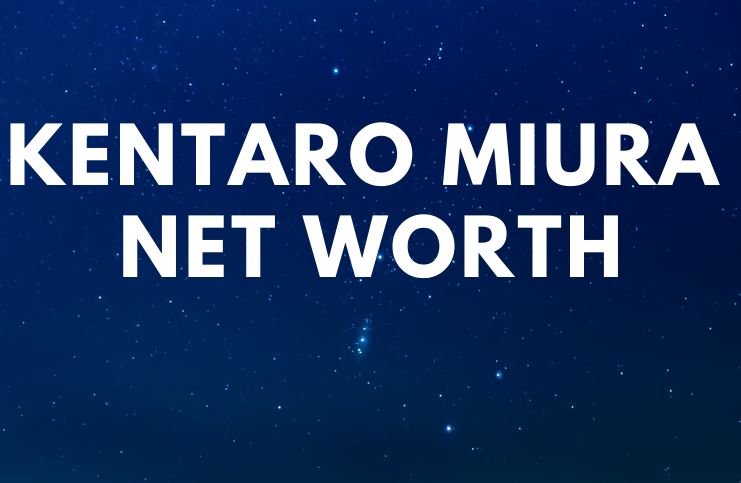 Kentaro Miura is a Japanese manga drawing artist who is best known for his popular dark fantasy manga Berserk.

Kentaro made his debut as an artist at the age of 10, in 1976, when he made his manga called Miuranger.

In 1977, he created his 2nd manga called ”Ken e no michi” (The Way to the Sword), using India ink for the first time.

In 1982, Miura enrolled in an artistic curriculum in high school, where together with his classmates and friends they had their first dojinshi published in a fan-produced magazine as well as in school booklets.

In 1985, Kentaro was accepted into an art course at a private research university in Japan, called Nihon Daigaku University.

After receiving his doctorate degree in 1989, Kentaro Miura entered into a collaboration with Yoshiyuki Okamura (a Japanese manga writer, best known for creating Fist of the North Star), for a manga by the name of the King of Wolves (Ouro).

In 1990, he released the first volume Berserk with relatively limited success.

In 1997, Kentaro supervised the production of 25 anime episodes of Berserk that aired on NTV.

In 1999, he made minor contributions to the Dreamcast video game Sword of the Berserk: Guts’ Rage.

In 2002, Miura has received the Tezuka Osamu Cultural Prize of Excellence for Berserk.

The manga artist Go Nagai was an important element in the development of Kentaro’s style.

Along with his creative work, Kentaro is also a Judo black belt (dedicated to the promotion of the total study and teaching of Kodokan Judo) and former school competitor.

”I don’t consider myself a special person doing something that only I can do, though. I think of myself more as pretty much just an ordinary person.”

”Yes, I like watching the news, I like documentaries. The main things I can’t bring myself to watch are dramas and variety shows.”

”Berserk’s characters have their positives and negatives, along with their own personal motivations, and I depict them as putting those above all else.”

”I don’t know what relationships between boys these days are like, but back in the eighties, boys were really obsessed with stuff like how good their friends were at things, how highly they “ranked” in comparison to their friends, etc.”

”I figure my intuition has served me well. Something tells me keeping it from getting too dark or too heavy is one of the key things that separate popular stories from unpopular ones.”

”Shojo manga is all about expressing every feeling powerfully, and in that sense, it’s not as contrived as manga for men.”

”The thing is, when you’re just an ordinary manga fan not aiming to become an artist yourself, you get to choose whatever manga you like and read within your own safety zone.”

”I had always been under the impression that a manga artist dreams up things that don’t exist in reality.”

”There are things that I’ve consciously borrowed from, but there are also things that have sunk to the bottom of my consciousness and pop up out of nowhere later.”

“Living for the future is more important than trying to avenge the past.”

Kentaro Miura’s estimated net worth is at $1.1 million.