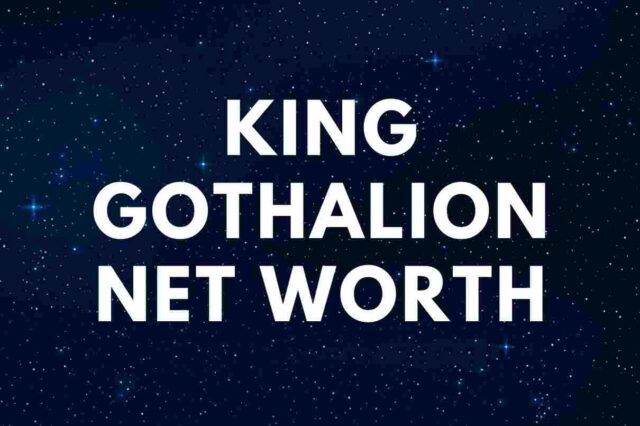 For a while, Michael worked at the restaurant chain Applebee’s as a server and manager.

He started to stream his gaming sessions on Twitch in 2014. He was also a Machinima partner.

”I just know once I got partnered with Twitch and saw the ball rolling on that, it was pretty clear that I was gonna be able to make revenue on it,” the streamer said in an interview.

One of the first games Michael streamed is Destiny, an online-only multiplayer first-person shooter video game that was GamesRadar’s 2014 Game of the Year.

In 2015, KingGothalion joined Kevinxvision and Ben ‘ProfessorBroman’ Bowman in founding GuardianCon, an annual community event during which big-name streamers raise money for charity on Twitch.

On October 27, 2019, Michael announced that he is switching on Mixer to stream exclusively on the platform.

”As of the 29th of October I will be streaming exclusively on Mixer,” he said in a statement. KingGothalion added: ”It is my belief that working closer with Xbox and Microsoft is not only gonna help us propel what we are doing but also propel what is always kinda be important to the channel which is doing good in gaming.”

”I know that some of you might not initially come over for the move, but I want you to know that you’ll still hear my voice in the people of other platforms, so none of that’s going to change,” Michael also said.

He is the third big Twitch streamer to depart the platform for Mixer, after Michael “Shroud” Grzesiek and Ninja both made the decision to leave earlier.

King Gothalion revealed that he will be joining Facebook Gaming on a new exclusive deal, starting June 24, 2020.

”Ten months ago I joined the Mixer team. My hope was to create a more robust and competitive streaming market, while mentoring streamers on Mixer, helping them grow their brands, and creating a space we can all feel safe streaming in,” King Gothalion said.

He went on to say: ”My mission hasn’t changed. I’ll be joining the Facebook team. Just like them, my doors will be open to all Mixer streamers now looking to find a new home. Starting from this Wednesday, I’ll see you on Facebook. Different address, same me.”

In 2013, King Gothalion married Samantha. She is known as WIFEthalion on Twitter.

”Spellbreak is my favorite new game this year so far. Can’t wait to see them grow this universe.”

”Super Mario Allstars was an amazing game. It took a handful of classics and lovingly upgraded them for the SNES.”

Michael earned most of his wealth from streaming on Twitch. For about two years, he had a partnership with Machinima.

At the end of 2019, Michael switched to Mixer in an undisclosed deal. Starting in June 2020, Cory streams on Facebook Gaming. King Gothalion also makes money from selling merch.

On YouTube, Michael has over 62 million views, meaning about $200k in revenue.

In addition, he is the director of content at Gaming Community Expo and serves as the entertainment director for the charity gaming event GuardianCon.

Therefore, streamer King Gothalion has an estimated net worth of $2 million.

READ THIS NEXT: Who is SypherPK?