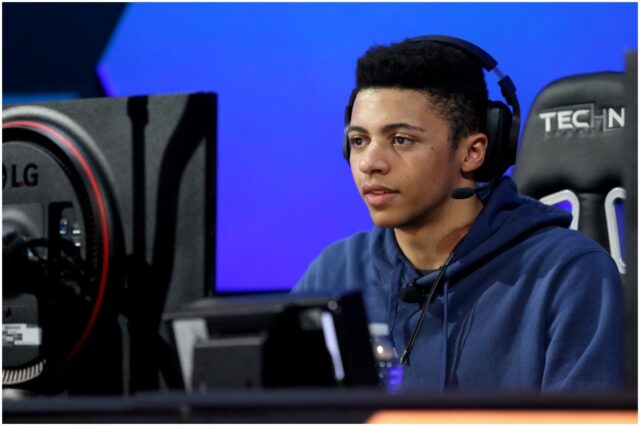 What is Myth’s net worth? Who is Myth dating?

Kabbani was the captain of the Fortnite team for Team SoloMid, a professional eSports organization founded by Andy “Reginald” Dinh in September 2009.

He was adopted and raised by his maternal uncle and his wife since birth because his mother was mentally unstable.

Ali has an older brother and two sisters.

He is a graduate of Fordson High School.

Kabbani started streaming in May 2016. He said for DotEsports:

”I grew up in middle school watching streams every day before breakfast, before going out to school.”

Ali began steaming while he was playing Paragon, a free-to-play multiplayer online battle arena game that was developed by Epic Games. Its servers were shut down on April 27, 2018.

In 2017, Kabbani started to stream Fortnite, a videogame set in a post-apocalyptic, zombie-infested world. According to statistics, Fortnite was viewed for 67.7 million hours on Twitch in October 2018.

During a 2018 interview, Kabbani said:

”I genuinely enjoy streaming and I just try and have as much fun with it as possible!”

In 2018, he signed to Team SoloMid, an esports organization that has participated in every League of Legends World Championship. They have won six of the total ten splits of the LCS.

Myth served as Team SoloMid’s captain. The rest of the team consists of:

In December 2021, he left TSM after deciding not to re-sign.

On his YouTube channel, Kabbani uploads highlights from his streams on Twitch while playing various games, but mostly he plays Fortnite.

The channel has over 351 million views and more than 4.56 million subscribers.

TSM Myth is not dating anyone at the moment. According to reports, Ali had a crush on Twitch superstar Imane ‘Pokimane’ Anys, but the two are just friends.

In 2019, the streamer took an eye tracker test while scanning Pokimane’s Instagram page. According to his chat, Ali failed miserably.

Later, Kabbani said: ”I don’t like playing with the whole theoretical Poki situation.” Ali continued – ”it puts me and Poki in a weird position.”

In 2018, Tori Pareno, a streamer and social media star, won a prom date with Ali after she reached the target of 15,000 retweets for Kabbani on Twitter. Pareno tweeted:

”I just asked @TSM_Myth to prom and he said I needed 15k retweets for him to be my date this year.”

”Everyone all around is just super happy and proud of what I’ve accomplished.”

”Believe in your ability to change.”

”I have one mission in mind, one goal, one objective.”

The streamer has played alongside summit1g (Jaryd Lazar), Pokimane, Valkyrae (Rachel Marie Hofstetter), Ninja, and others.

In 2018, Ali and Turner ‘Tfue’ Tenney were criticized by Ninja (while he was playing Fortnite alongside Ryan ‘Chap’ Chapo, Timothy ‘Timthetatman’ Betar, and Ben ‘DrLupo’ Lupo) for expressing their annoyance at the current state of Fortnite.

”I’m sick of all these people who make a living off this game and blew up because of it, and then they say this game is terrible.”

In May 2018, Ali received a letter from the mayor of Dearborn for his massive impact on the community.

He used to share residence with his teammates Daequan and Hamlinz. In 2020, Kabbani moved into his apartment. He tweeted, ”I just recently locked in on getting my first apartment ever. Feeling like a big boy now.”

Kabbani earns most of his wealth from streaming on Twitch as well as from being the captain of Team SoloMid’s Fortnite team. On Twitch, Ali makes money from subscribers (about $10,000 per month), donations from fans, sponsors, and ads.

Myth’s salary from Team SoloMid was not released to the public.

From YouTube ads, Kabbani earned at least $1 million before taxes.

Therefore, Twitch streamer Myth has an estimated net worth of $3.5 million.

READ THIS NEXT: Who is Linda Fairstein?