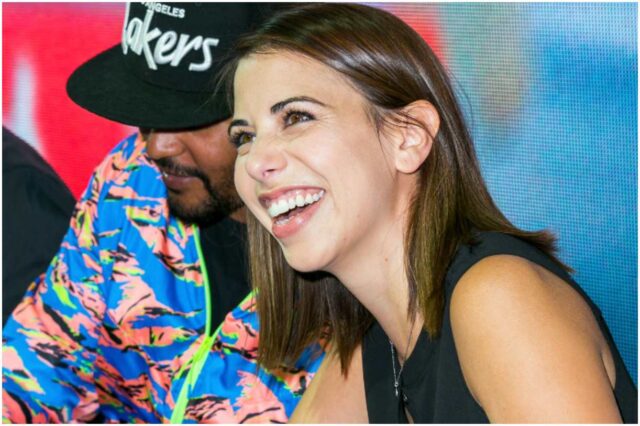 Bailey has also worked on games like Dragon Age: Inquisition, Tales from the Borderlands, Halo 5: Guardians, World of Warcraft, Skyrim, and Persona 4.

Laura studied acting at Collin County Community College in Plano, Texas. During college, Bailey participated in productions of Don’t Rock the Jukebox and Through a Glass Onion.

In 1986, Laura made her debut in the anime – Dragon Ball Z, a Japanese anime television series.

Since March 2015, she has performed as Vex’ahlia/Jester Lavorre in Geek & Sundry’s Critical Role, a web series that brings voice actors together to play Dungeons & Dragons.

”Critical Role is a show where a bunch of voice actor friends of mine and I get together and play Dungeons and Dragons.”

”I still can’t believe what a cool community of fans the show has bolstered, so supportive and welcoming.”

Other voice actors that perform in Critical Role are:

In 2019, Laura was cast in the anime Fruits Basket for the starring role of Tohru Honda. Fruits Basket is the reboot anime adaption of the manga (by Natsuki Takaya) of the same name.

Bailey said: “I was so inspired by her character by her [Tohru Honda], joy, and outlook on life that, you know, you wanna emulate that.”

In 2020, Laura was the voice of Jaina Proudmoore in the video game ”World of Warcraft: Shadowlands.”

”Don’t be afraid to fail. For every job I do, there are a hundred that I’ve read for and didn’t get.”

”When I came out to California, I realized just the sheer amount of games being made.” (TechTimes)

”I guess anime helped me understand the Japanese culture a little better.”

Bailey earned most of her wealth from performing in over 495 video games, TV series, and movies.

Some of the anime Bailey performed in are The Tower of Druaga: The Aegis of Uruk, Sengoku Basara: Samurai Kings, Kenichi: The Mightiest Disciple, Fullmetal Alchemist: Brotherhood, Code Geass: Lelouch of the Rebellion, BlazBlue: Alter Memory, and Black Blood Brothers.

Therefore, voice actress Laura Bailey has an estimated net worth of $1.5 million.

READ THIS NEXT: Joey Diaz Net Worth