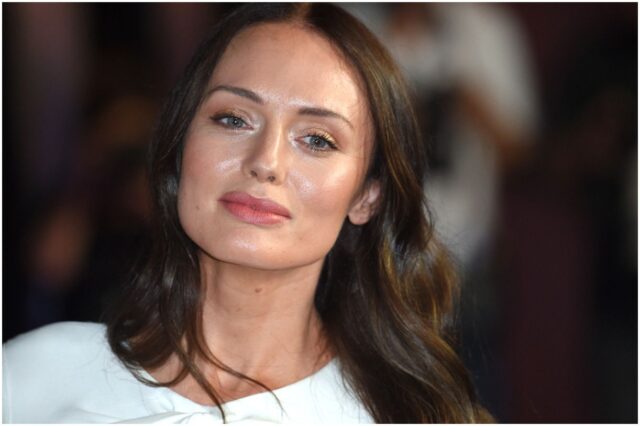 Laura Haddock is an English actress who appeared as Meredith Quill in the blockbuster film Guardians of the Galaxy.

In addition, Laura appeared in The Inbetweeners Movie and played the role of Samantha in the TV series – ”How Not to Live Your Life.”

In 2008, she made her television debut in the TV pilot Plus One, part of the Comedy Showcase, a series of one-off comedy specials.

Laura performed as Samantha in series two and three of the British sitcom ”How Not to Live Your Life.” The series is about a pessimistic 29-year-old man.

In 2011, Haddock starred for two episodes in the television drama Strike Back: Project Dawn. The main cast for the series includes:

In 2013, Haddock appeared as Lucrezia Donati in Da Vinci’s Demons, a historical fantasy drama series. Other stars in the series are:

Guardians of the Galaxy

In 2014, Laura portrayed Meredith Quill in Guardians of the Galaxy, a superhero film that is distributed by Walt Disney Studios Motion Pictures and based on the Marvel Comics superhero team of the same name.

In 2017, Haddock starred in the science fiction action film Transformers: The Last Knight. The film grossed over $605 million worldwide.

Laura was romantically involved with Richard Fleeshman, an English actor and singer who was invited to tour with Sir Elton John in 2008.

In 2007, Fleeshman released an album, named – ”Neon.” Richard also appeared in a TV movie titled – ”An Angel for May.” Fleeshman is best known for playing Warner in the stage version of Legally Blonde as well as for his role on Coronation Street.

The couple met in 2011 when both auditioned unsuccessfully for roles in My Week with Marilyn.

”I believe in love at first sight. It has to be true because it happened to me.”

During an interview, Claflin explained:

”I was like, “No, no, you don’t understand. I have just met the woman I want to marry.”

”Getting married was easily one of the greatest achievements of the past 12 months.”

”My wife, Laura, is undoubtedly my best friend.”

”We met at an audition for My Week with Marilyn and there was an instant spark.”

On August 19, 2019, Laura announced her separation from her husband Sam Claflin.

”Laura and I have decided to legally separate. We will move forward with nothing but love, friendship and a deep respect for one another whilst we continue to raise our family together.”

”We won’t be commenting on this further. Thank you in advance for your support and respecting our privacy at this time. Both of us x.”

Sam and Laura haven’t shared the reasons why they have decided to go their separate ways.

”The one thing I’ll never do is make a pop record.”

”If it wasn’t for my dad’s advice I’d be working as a policewoman.”

”I had to be ready to be pushed to the limit every day for the next eight months.”

”The inner seven-year-old isn’t buried too deeply in me.”

”I’m also a working actress, so I hope for lots of roles that are worth an upheaval.”

The actress left school at the age of 17 and moved to London to study drama.

Some of her TV credits include:

READ THIS NEXT: Dean Norris Net Worth