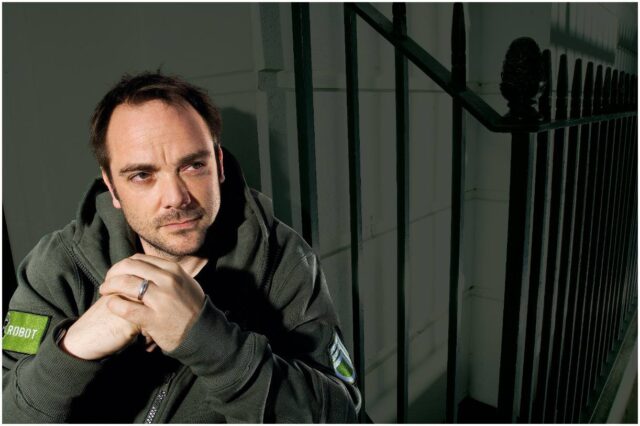 Sheppard is best known for his role as the demon Crowley in the TV show Supernatural. He has also been “The Voice” of “BBC America” promos and announcements.

Mark is the son of W. Morgan Sheppard, a British actor who voiced Lawrence Limburger on the animated series ”Biker Mice from Mars.” His father is best known for his roles in acclaimed films like 1990’s Wild at Heart and 1980s The Elephant Man. He appeared in over 100 television shows and movies.

Mark became a professional musician at the age of 15.

Sheppard recorded albums for several groups throughout the US and Europe. He played drums on Light a Big Fire’s 2nd album.

At age 27, Mark started to act in movies and TV series.

In 1993, Mark performed in In the Name of the Father, a biographical courtroom drama film which was directed by Jim Sheridan.

In 2002, he starred in New Alcatraz, a horror film that was directed by Phillip Roth.

In 2004, Mark appeared in Megalodon, a horror film. In the same year, he starred in Unstoppable. Other stars in the movies are – Kim Coates, Stuart Wilson, Jacqueline Obradors, and Wesley Snipes.

In 2006, Sheppard performed in Broken, a film that was directed by Alan White.

In 1993, he performed in the “Fire” episode (the 12th episode of the first season) of The X-Files. Mark played L’Ively. The episode earned a Nielsen household rating of 6.8.

In 1997, he appeared in ”Soldier of Fortune, Inc.,” a television show created by Dan Gordon.

In 2005, Mark starred as the King of Hell Crowley on Supernatural, an American dark fantasy television series. Warner Bros. Television produces the series. His portrayal of Crowley has been met with positive reception from both fans and critics of the TV series.

“So to all my #spnfamily everywhere…my crew and my fellow storytellers… thanks for the ride. Time for something new. Even when I lose…”

In 2007, Sheppard starred as Anthony Anthros (the father of Will Anthros and one of the original developers of the bionic implants) on Bionic Woman, a science fiction television drama that was created by David Eick.

In 2009, Mark appeared in White Collar, a TV series that was created by Jeff Eastin. In October 2013, he returned to the television show, reprising his 2009 role as master forger Curtis Hagen. ”White Collar” ended on December 18, 2014.

In the same year, he starred in Warehouse 13 as Regent Benedict Valda. The series follows U.S. Secret Service Agents Pete Lattimer and Myka Bering when they are assigned to the secretive Warehouse 13 for supernatural artifacts.

In 2011, he appeared in the Doctor Who episodes “Day of the Moon” and “The Impossible Astronaut.” His character was named Canton Everett Delaware III. Doctor Who is a British science-fiction television series that presents the adventures of a Time Lord called “the Doctor.”

In 2012, he played Sterling on Leverage, an American television drama series that was produced by Electric Entertainment.

Mark also had roles on:

Her father is a businessman in the mining sector.

With his first wife, Mark has two sons – Will and Max.

With his second wife, he has a daughter named Isabella.

”I love them hugely.”

”With sci-fi, you get this kind of stories in the historical drama, and it’s just so fabulous.”

”The idea of future or past, either way, is a core part of the entertainment.”

”It’s the imagination that is involved in sci-fi, and fantasy is what draws me to it.”

”I’ve been lucky enough to work with some of the best TV directors there are.”

”When you’re shooting a movie that’s not necessarily a huge budget, you have to think about what you can leave out and still make it interesting.”

Mark was cast with his father as the same character on three occasions:

He has worked with actor Adam Baldwin on five projects:

Sheppard is the only actor to appear in ”Doctor Who” and ”Supernatural.”

Sheppard earned most of his wealth from acting in 62 movies and TV series. Some of his TV work includes guest-starring on shows such as – Supernatural, Leverage, Battlestar Galactica,  Warehouse 13, Medium, CSI: NY, Las Vegas, and The X-Files.

Therefore, English actor Mark Sheppard has an estimated net worth of $2 million.

READ THIS NEXT: Who is Amy Jo Johnson?