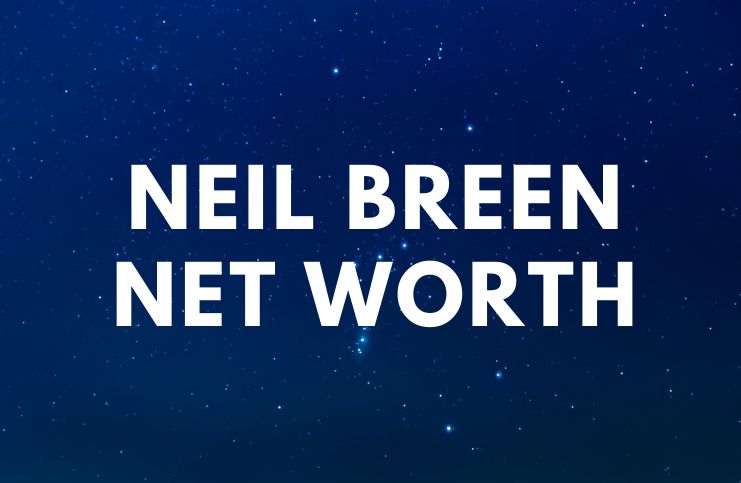 Breen has so far starred, produced, written, directed, and funded five feature films. They are:

His movies tend to have a supernatural nature where the main character (always portrayed by himself) is a messianic being who stands up for the greater good of the entire humanity by confronting powerful/corrupt institutions and harmful people.

During an interview, Neil said:

”A common thread in all of my films without being repetitious is three elements, actually. One is sort of a mysticism or a paranormal element.”

Breen went on to say:

”A second one is a social commentary, and a third is kind of a lost love or lost romance element in life. Those three elements are really common in all three of my films.”

Neil started his career as an architect and real estate agent in Las Vegas.

”I have no architects in my family, or anything like that, but I just thought that being an architect was interesting from a creative and a technical point of view.”

Ever since he was young he wanted to produce movies, but he didn’t have the funds.

After he got the necessary money, Breen started to produce independent films.

In 2005, he released his first film, named – ”Double Down.” In the film, Breen plays a hacker who prevents a Las Vegas terrorist attack, while fighting against his obsession for death and romance.

”Double Down” was notably featured on RedLetterMedia’s Best of the Worst online series.

In the film, the almighty being which created Man arrives on Earth in a human form and interacts with sinful, wicked, and troubled people on his journey to Vegas.

In 2013, Breen released his third film – ”Fateful Findings.” Upon release, it was declared one of the “worst films ever made.”

The film features Neil as a hacker imbued with supernatural powers by a magical stone he found as a child, who hacks into government databases while facing the fateful and dire consequences of his mystical actions obtained as a child.

His film has often been compared to Tommy Wiseau‘s The Room.

”Fateful Findings” was included in Paste Magazine’s list of the 100 Best B-Movies.

Neil was responsible for virtually every aspect of the film, including its sound mixing, set decoration, wardrobe, production, editing, and writing.

According to New York Cine Radio:

“Fateful Findings is the film of the year… better than Noah!”

In 2016, he released his fourth film, entitled – ”Pass Thru.” The film follows multiple storylines, all connected through visits to a dimension located “a thousand light-years into the future.”

When asked if there is anything in particular that inspired him to produce ”Pass-Thru,” he responded:

”Nothing, in particular, inspired me, you know, I’ve always had a fascination with mysticism and the supernatural.”

”And if you notice I don’t identify any specific groups. It’s all about Humanity with a capital H.”

In 2018, Neil released his fifth film, named – ”Twisted Pair.” In the film, he plays twins Cale and Cade. During their childhood, they were kidnapped by a being who combines their DNA with artificial intelligence. Then, the twin brothers become hybrid A.I. entities.

In ”Twisted Pair,” Neil is paired with a beautiful female love interest – played by Sara Merritt.

Also, the twins have a good guy and bad guy roles.

”I don’t really want to get into the personal life stuff, only because there’s a lot of identity issues and so on and so forth.”

“A lot of people discover Neil Breen because you know someone else who’s into these kind of unique films.”

“The funny thing is, you can’t really describe a Neil Breen film. They’re kind of indescribable.”

His films have been picked up by film festivals and arthouse theaters, including the 2013 Seattle International Film Festival and the 2012 “Butt-Numb-A-Thon.”

In 2007, Neil received an artificial pacemaker, a small battery-operated device that is used to treat some abnormal heart rhythms which can cause the heart to either beat too slowly or miss beats.

In 2009, Breen founded his own food product line.

Neil funds his films by the income he gathers via crowdfunding or from working as an architect.

Breen intentionally makes independent films as he has declared he doesn’t want to be a part of what he calls the “Hollywood insider’s group.”

He has said that his films reflect the “mystical or paranormal side of life” and have a “sense of social responsibility.”

Neil did not attend film school.

Some of his nicknames are:

Breen made an uncredited appearance as a police officer in Wes Craven’s 1996 horror classic Scream.

Breen earned most of his wealth from working as a real state agent as well as an architect.

In addition, Neil invested some of his money in the production of his five films, but he also made a good income from selling the films that deal with supernatural events (all the films can be purchased on his website). Therefore, Neil Breen has an estimated net worth of $0.85 million.

READ THIS NEXT: Laura Haddock Net Worth