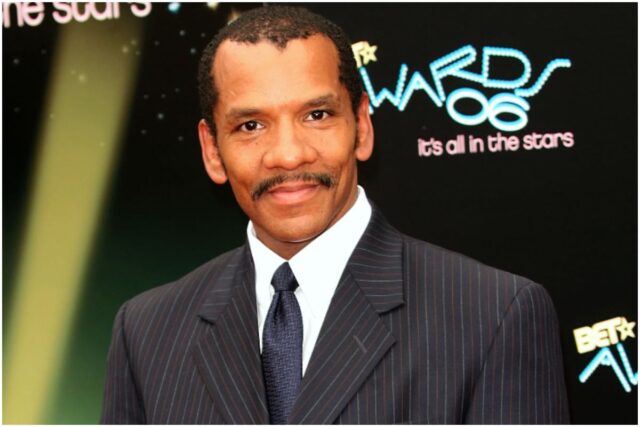 Ralph Carter is an American singer and actor who was nominated for a Tony award for his work in the Broadway musical ”Raisin.”

Carter is best known for his role in the CBS sitcom ”Good Times.”

Carter made his Broadway musical debut at the age of 9 in ”The Me Nobody Knows,” a musical about children living in low-income neighborhoods of NYC.

”I loved its understanding and compassion, and I loved its pain and yet also its unsentimental determination for hope,” wrote Clive Barnes for The New York Times about the musical.

”The Me Nobody Knows” was performed in the United States as well as in cities such as Johannesburg, Hamburg, Paris, London, and Tel Aviv.

The musical received the Drama Desk Award and the Obie Award for Best New Musical.

Ralph’s breakout role came as Travis Younger in “Raisin,” a musical adaptation of the Lorraine Hansberry play ”A Raisin in the Sun.”

The story is about an African-American family in Chicago in 1951.

For his performance in ”Raisin,” Carter won the 1973 Drama Desk Award for the most promising performer.

From 1974 to 1979, he starred as Michael Evans (the socially conscious youngest) in ”Good Times,” a television sitcom created by Mike Evans and Eric Monte.

It was the first primetime sitcom featuring an African American family.

Ralph was cast in Good Times while he was performing in Raisin. Early episodes of the sitcom contain a notice in the credits: ”Ralph Carter appears courtesy of the Broadway musical Raisin.”

”I was fortunate to be in the explosion, not only of the African American theater in the 1970s but into that wave of consciousness and beautiful television productions that featured African American artists,” he told ABC7NY.

In 1975, Carter released his debut album titled – ”When You’re Young and in Love.”

In 1976, he appeared on the children’s variety show ”Wonderama.”

In 1987, Carter performed in the rock operetta ”Donny’s House.”

In 2005, the star of Good Times appeared in the musical ”Ain’t Supposed to Die a Natural Death” at the Classical Theater of Harlem Company.

In 2019, he was featured on New York City Channel 7 local program ”Here and Now.”

Some people wonder if Ralph Carter is gay, but these suppositions are not based on reality since he was married two times and had five children.

In 1987, Carter married Lisa Parks. The couple first met at a Christmas party. They divorced in 1992.

With his first wife, Ralph has two sons, James and Michael.

With his second wife, Carter has a son named Phoenix and two daughters, Vivica and Jessica.

READ MORE: What happened to Quincy Harris on Fox 29?

Carter earned most of his wealth from performing in 133 episodes of Good Times. He also appeared in several musicals and released an album (Young and in Love).

In the present day, Carter serves as the vice president of AUDELCO, an organization established in 1973 by Vivian Robinson that helps black Americans in the theater industry.

Therefore, American actor Ralph Carter has an estimated net worth of $1.5 million.

What is Ralph Carter from Good Times doing now?

In 2022, Carter portrayed Pastor Evans in the movie Chaaw — directed by Eric Orr.

Who is Ralph Carter’s wife?

He is not married. However, Carter was married to Lisa Parks and River York.

How rich is Ralph Carter?

READ THIS NEXT: Who is Kalen Allen?