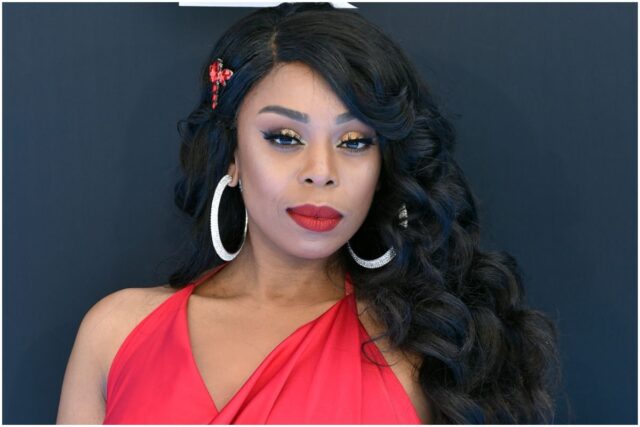 Shay Johnson is a reality television personality who gained fame for appearing as a main cast member on ”Love & Hip Hop: Miami.”

In 2006, Shay appeared on the reality television dating game show, Flavor of Love.

”When I moved to Atlanta, I knew I wanted to be in entertainment. I didn’t know if I wanted to sing or rap dance. I didn’t know, but when I first went there, I had started off as a flyer girl, like passing out flyers,” she said in an interview with Black Hollywood Live. ”Then I upgraded to music videos, and I didn’t like that. So, at one point, I was just looking for an apartment on Craigslist, and I seen Flavour of Love, and got on literally through Craigslist.”

In March 2019, Shay revealed her fear of living with fibroids, abnormal growths that develop in or on a woman’s uterus.

”There’s a few things going on with me medically that I haven’t told you about,” she said. ”I’m not dying, [but] I do have a medical condition called fibroids. I have two, and one is very, very large. The last time we measured, it was the size of a grapefruit.”

In the fall of 2019, she was involved in a car accident. ”Some weeks ago, I was in a car accident both cars were totaled, but I’m good,” Johnson explained. She added: ”I was there forever but left with a concussion, cuts, arm sprung and bruises — nothing was broken.”

In 2020, Johnson was featured in one episode of the reality television series ”Iyanla, Fix My Life.”

From 2018 to 2019, Johnson dated Pleasure P, an R&B singer-songwriter who released his debut album The Introduction of Marcus Cooper in June 2009.

In August 2019, it was reported that Shay is dating Young Hollywood. ”He’s cute. Will make cute kids, you know what I mean,” Johnson declared. ”He’s very respectful, he’s a very loving and caring individual, and he’s trying to get to know me.”

Moreover, Shay appeared in hip hop videos for Young Dro and Fabolous. She has her own brand, TheHealthyHand.

Therefore, reality TV star Shay Johnson has an estimated net worth of $500,000.

READ THIS NEXT: Who is Christopher Kimball?