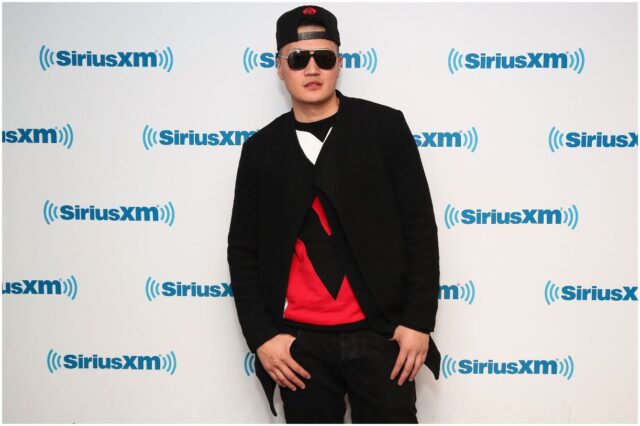 He first gained fame after the release of his police brutality anthem, named -“Buck A Cop.”

During an interview, Yu recalled about his father:

“[My Father] was actually one of the top guys. He was never around; I really didn’t know him like that. I grew up, and I hated him actually.”

Mac went on to say:

”I [wanted] to be everything that he wasn’t. But instead of me going to school and doing the right thing, I was like, ‘I’m going to be a gangsta.”

China was a former member of Ghost Shadows, a Chinese American street gang that was prominent in NYC’s Chinatown.

Currently, the gang is defunct due to Federal RICO (The Racketeer Influenced and Corrupt Organizations Act) crackdowns during the 90s.

In 2001, he was sent to prison for 3 years after he committed some gang-related crimes.

He was released in 2003. But, after almost 5 months, Mac was involved in a shooting at Yellow bar at 32 Mulberry St. in New York City.

It all began after Yo and MC Jin started to argue.

Note – MC Jin is an American songwriter and rapper, who signed a contract with a major record label in the US.

During their argument, a friend of Jin, named Christopher Louie, defended his friend.

Christopher Louie was shot by Yo with a .40-caliber gun in the lower back and was left partially paralyzed.

After the shooting, Raymond was on the run for almost a year. At some point, Mac was caught while trying to run to Canada with a false passport. Later, he was sentenced to ten years in prison.

During his time in prison, China learned how to freestyle and rhyme. He said:

“I used my time wisely, reading every book that I could find in regards to the music business.”

”And anything else that would help me attain my goal.”

After his release from prison in 2013, Yu started his own recording studio and label, called Red Money Records, with $7,000 that he saved while in prison. The company is now a full-fledged independent label.

In 2014, he released a single, titled – ”Buck A Cop.” When asked about what he aspires to achieve with the release of the single, he responded:

”I wrote the song with the intention on starting a much-needed conversation about how the people are feeling about the oppression that we are constantly faced with.”

Mac said in another interview:

”Freedom has no place for oppression. Making this song and releasing it is a testament to my freedom.”

There is no information regarding China Mac’s love life.

”My music is proof that no matter how much people count you out, you can still come back.”

”Salute to everyone who came out to support my video shoot.”

Mac had several collabs, like Dave East and Jadakiss.

Yu received the name ”China Mac” while in prison.

”I feel compelled to [apologize] because, at the end of the day, we become men not by what we do, but how we respond to certain things.”

When asked by MusicExistence about how the world changed while he was incarcerated, Mac responded:

”The obvious answer is technology.”

”Smartphones were not around when I was home, and now I can’t imagine life without one.”

Mac earned most of his wealth from his music as well as the recording studio and label that he founded, Red Money Records.

He promoted his music with the help of social media. On YouTube, Mac has over 27 million views, meaning about $60k in revenue.

Some of his best songs are – Bodies on My Gunz, Don’t Play Wit Me, Who I Am, Voices in My Head, Buck A Cop, and Johnny Dang.

Therefore, rapper China Mac has an estimated net worth of $700,000.

READ THIS NEXT: Southside Net Worth