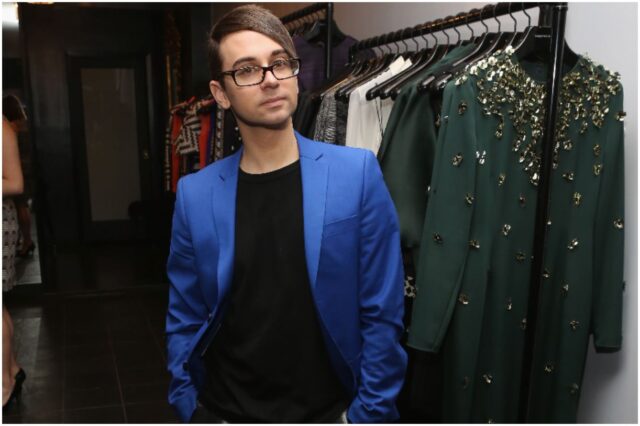 What is Christian Siriano’s net worth?

Christian studied ballet when he was young.

His first job was at Bubbles Salon when he was 13 years old. He said about his work at Bubbles:

”I loved the weird beauty industry. I was really interested in [the style] of a lot of girls that worked in the salon.”

He was rejected by the Fashion Institute of Technology, a public college in Manhattan, New York City. Siriano told Elle:

”I did a summer program at FIT, and a teacher encouraged me to apply. Well, I didn’t get it.”

He has studied in London under Vivienne Westwood and British fashion designer Alexander McQueen (who passed away on February 11, 2010). He said about working as an intern in Alexander McQueen’s studio:

”McQueen was a very inspiring place, and it was a very creative place.”

Siriano went on to say:

”I still try to run my studio like that because it was very hands on.”

In 2007, he won the fourth season of the design competition show Project Runway. For his win, Christian received:

He appeared as himself in one episode of the comedy-drama television series Ugly Betty on May 1, 2008.

On September 13, 2008, his fashion line, Christian Siriano, debuted at New York Fashion Week. He recalled in a later interview:

”When I started my business in 2008, I was excited to see my clothing on women I admired.”

”Whether it was purchased in a store or worn on a red carpet, I felt proud that I was able to make those women feel great about themselves.”

He released a book named – ”Fierce Style: How To Be Your Most Fabulous Self” in October 2009.

Christian released a fashion-themed phone – the LG Lotus (LX600) – in collaboration with LG in February 2009.

His flagship store was opened in Manhattan’s Nolita neighborhood in September 2012. Some of the celebrity guests were:

In 2016, Siriano was named “Designer of the Year” at the AAFA American Image Awards.

He is openly gay. In 2016, Christian Siriano married Brad Walsh at their Danbury, Connecticut summer home.

The two had been dating for 11 years prior to getting married.

Their wedding ceremony was officiated by Kristen Johnston, while actress and singer Danielle Brooks performed. Some of the guests were – Kelly Osbourne, Christina Hendricks, and Alicia Silverstone.

They lived together in Chelsea, Manhattan.

In June 2018, it was reported that Siriano and Walsh have separated after less than two years of marriage.

”Bit more than a month ago my husband and I separated.”

”I was contacted by a writer for a website who somehow found out, so rather than let them break it, I’m telling you myself.”

READ MORE: Who is Mizkif’s girlfriend?

”I just try to make pretty clothes and hope that people like them.”

”I like the idea that my clothing could have a second or even third life.”

”I’m a huge fan of tons of women that are every size. I’m not going to say no to dressing Oprah!”

”You can’t wait for things to happen. You kind of have to make your own things happen.”

”I just dressed ten people at the Golden Globes, I think I kind of know something about it.”

”Women are wanting to wear my clothes not only because they’re great clothes but because of what we represent.” (Time)

He has tattoos of an octopus and a squid on his right arm.

In June 2013, he was inducted into the Council of Fashion Designers of America.

He was dubbed “the next billion-dollar designer” by Yahoo! Style and “the new king of old-school glamour” by Elle.

Siriano earned most of his wealth from managing his self-entitled fashion line.

Christian also earned some money from winning the 4th season of Project Runway.

Therefore, fashion designer Christian Siriano has an estimated net worth of $12 million.

1 thought on “Christian Siriano Net Worth 2022”