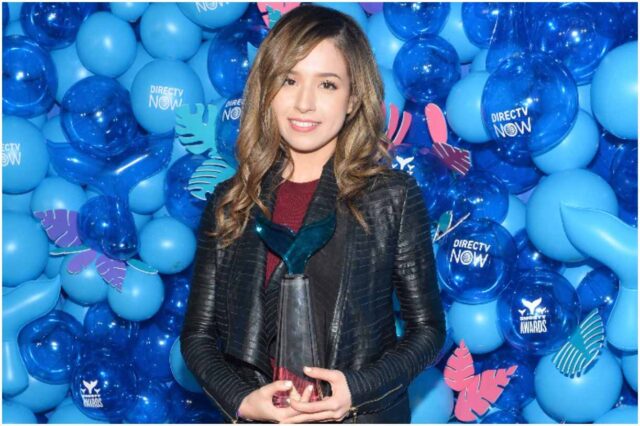 What is Pokimane’s net worth?

Poki started streaming on Twitch in 2012. She gained fame by broadcasting her gaming experiences, especially playing Fortnite and League of Legends.

In 2020, Pokimane signed a multi-year deal to stay on Twitch. She said in a statement: ”Since I began my gaming career on Twitch six years ago, the platform has given me such an incredible opportunity to create content and connect with people around the world.”

Poki said in March 2020: ”I won’t lie, these live streaming exclusivity deals are big money. They’re life-changing money for any of us streamers.” She went on to say: ”I got deals from many different platforms, but it really came down to just two.”

She said for Forbes:

”I believe Twitch is the place I need to be if I want to be at the forefront of live-streaming.”

In addition, Anys said that she accepted less money to stay on Twitch. In her words: ”I’d rather take less money to have more fun, to be happier, to stay with my community, and still feel like I’m where everything started, and where I feel like I belong.”

Poki tweeted on May 10, 2020: ”Being a streamer/influencer for the last 7 years has complicated my life in ways that can be hard to describe.”

In November 2020, she limited donation amounts from her fans on Twitch to $5.

Imane is a member of the social entertainment group of content creators – Offline TV. Other members are:

She was one of the first four members of the social entertainment group.

Poki started her YouTube channel on March 23, 2014. So far, her channel has over 509 million views and more than 5.97 million subscribers.

There is no reliable information about Pokimane’s boyfriend. Also, during a June 2019 stream, Anys said that if she were dating someone, she wouldn’t want to make her relationship public.

”I don’t know if I would like, really want to put my relationship out there one I get into one.”

”Please don’t idolize the people you see online. a photo, video, or stream truly doesn’t tell you much about a person.”

”TSM Myth I’ve really enjoyed seeing you grow as a person over the last couple of years.”

”Whatever game you’re playing, just play for fun. Find some friends to join you.” (DigitalTrends)

”LilyPichu, you are an incredibly unique and talented individual with a heart of gold.”

”I used to want everyone to like me, but now I just worry about being someone I like.”

She will appear in Free Guy, a science fiction action comedy film that will be released in December 2020. Other stars in the film are Taika Waititi, Utkarsh Ambudkar, Lil Rel Howery, Joe Keery, Jodie Comer, and Ryan Reynolds.

Her advice for small streamers is:

”You don’t even want ten seconds to go by without you actively saying or showing something to the people that are watching.”

She was nominated for the Content Creator of the Year Game Award in 2018.

Anys earned most of her wealth from advertisements and sponsors on YouTube and streaming on Twitch.

From ads on YouTube, Poki has earned over $1.8 million before taxes.

In December 2019, Poki received a donation of $2,020 from a user by the name of Misterjons94_. She said: ”Thank you very much. I haven’t gotten a donation that big in I don’t even know when!”

In January 2020, Imane said that she received a sponsorship offer worth $3 million. Later, the Twitch star declined the offer. She explained: ”I said no because I’m doing fine in life, I’m doing well enough to not want to do things for money that I don’t naturally want to do.”

The sponsorship deal was brought to her by Reckful. He said: ”I messaged her and said ‘I have an offer for you, someone wants to pay you $3 million to do this.’”

In June 2020, she became the creative director of the fashion brand Cloak.

Therefore, Pokimane has an estimated net worth of $3 million.

READ THIS NEXT: Who is Mizkif?