You may know him from his time playing hockey professionally as a goaltender for the Chicago Hounds or the Spokane Chiefs.

But he has acquired even more attention since his marriage to Jill Wagner, the actress that starred in Teen Wolf.

Since the famous actress, who also played Krista Starr in Blade: The Series, tied the knot with David Lemanowicz, many questions have been about him.

Who exactly is he, for starters?

And what does he do for a living?

Well, David has a lot of personal achievements from before his marriage to Jill Wagner.

And here we have everything you need to know about him, from his date of birth to his previous marriage, to David Lemanowicz’s net worth.

His parents were Polish immigrants, which explains his last name.

They had moved away from the oppressive government in Poland in 1973, settled in British Columbia in Canada, and raised their son there.

Thanks to this background, David Lemanowicz’s childhood wasn’t like the average Canadian child’s.

But like almost every Canadian boy, he had a dream of becoming a professional ice hockey player. But unlike other boys, he actually did it.

In high school, he started playing hockey, making a big enough impact as a goaltender that the Kelowna Spartans signed him in the 1991/1992 season.

At that time, he was at the young age of fifteen.

His performance at Kelowna Spartans got him a position in the Spokane Chiefs team.

According to him, he spent four seasons with the Chiefs, with the 1995/1996 season being the best of his career.

It was also the year he met Jill Wagner, but they lost contact shortly after.

For the next few years, David would move from one club to the other, plying his trade until the 1998/1999 season. At that time, he took a break from professional hockey to further his education.

Hockey was still a big part of him, so even while getting his degree at the University of Toronto, he played for the school’s hockey team for two years and then coached the team two years later.

Even after his graduation, he still wanted to get back to playing hockey professionally. He achieved this in 2004 by signing with the Memphis Riverkings. He was back.

Four seasons after his re-entry to the professional hockey scene, David Lemanowicz retired from hockey for good. This was due to some friction with the coach of his last team, the Rio Grande Valley Killer Bees.

Due to their falling-out, David Lemanowicz left the hockey scene permanently in 2008 and moved on to the army.

In 2009, David Lemanowicz decided to join the US military, despite his age— he was 33.

He had hopes of working for the FBI or some other agency.

These dreams did not come to pass, but he did advance to the rank of lieutenant and was shipped off to many parts of the world, including Afghanistan.

There, in 2013, he reunited with Jill Wagner, who had come as a celebrity to visit some of the troop bases.

Nothing came of that meeting. This was because David was married at that time, and Jill had been dating someone too.

David Lemanowicz didn’t neglect his education despite his success in both hockey and the military.

During his break from professional hockey, David got a degree in International Relations from the University of Toronto.

While in the military, he also completed a Leadership Development Course at Fort Lewis in Tacoma.

After that, he got a master’s degree in Global Security Studies at the University of Texas-Pan American.

That was via the Reserve Officers Training Corps Program.

READ MORE: What is the net worth of Tony Finau?

Lemanowicz’ met his wife, Jill Wagner, in 1996, when he was still playing for the Spokane Chiefs. She was 17 at that time.

Their story didn’t get past three dates but was paused to resume nearly two decades later.

While studying at the University of Toronto, David Lemanowicz met his first wife, Gina. That’s right, his marriage with Jill Wagner wasn’t his first.

He dated Gina for about five years before they got hitched in 2005. They had a daughter together in February 2010 and named her Lija.

He and his family lived in Edinburgh with their four canines—or at least, his wife and child lived there.

David was too occupied with military postings and wasn’t around much. That may have been a factor in their divorce.

It is not clear when David and Gina divorced, but by April 2016, when David and Jill met again, he was already recovering from his divorce and living with his daughter in Washington, as he had gotten custody. 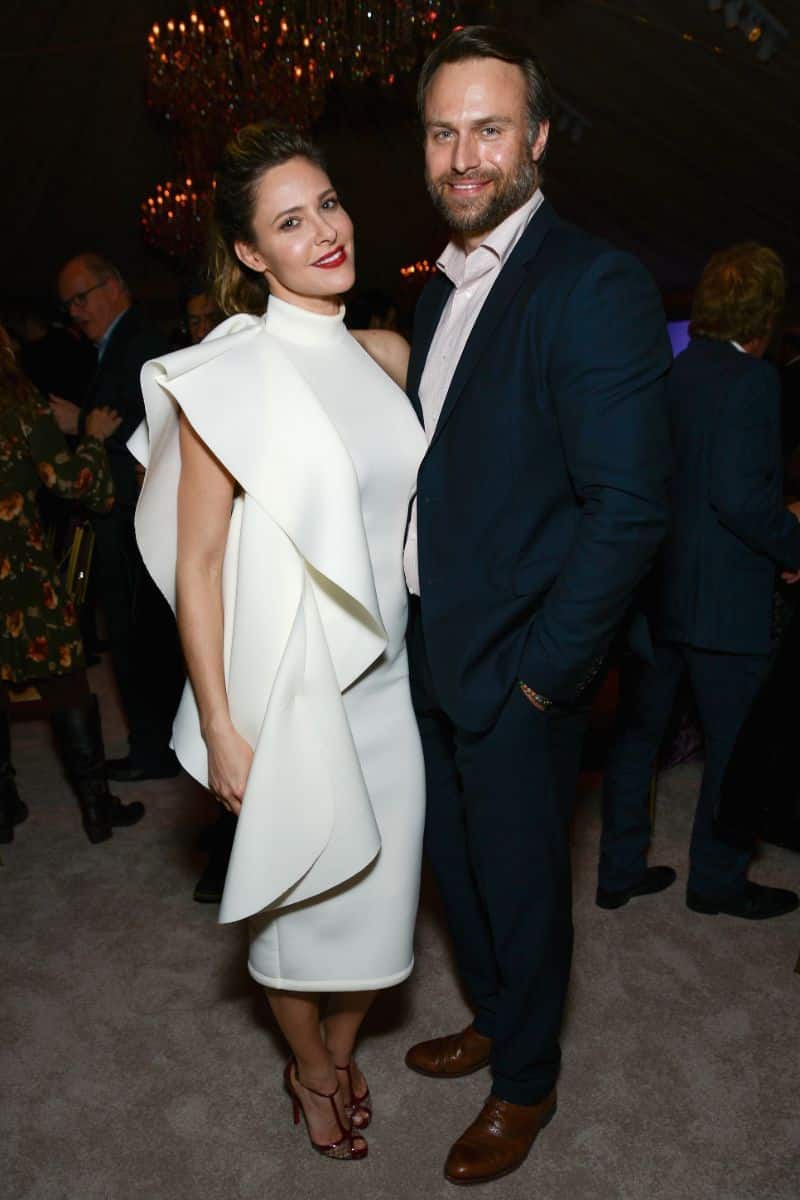 He and Jill Wagner have a daughter, Army Gray Lemanowicz, born on April 17, 2020.

According to Jill, “She was conceived on July 4 so we wanted a patriotic name and my husband is in the military so we chose her first name to be Army.”

On August 19, 2021, their daughter, Daisy Roberta Lemanowicz, was born.

David Lemanowicz and his family live in a quiet part of Tennessee in a house they purchased in 2016.

Lemanowicz isn’t exactly going to be asking for a loan anytime soon.

But when you add in David Lemanowicz’s time in the military, it makes up a respectable sum.

Therefore, David Lemanowicz has an estimated net worth of $7 million.

His fortune came from his time as a professional hockey player and hockey coach.

His wife, Jill Wagner, has an estimated net worth of about $4 million. This amount she got from her roles in movies and television series.

Their combined wealth is more than enough to take care of their two daughters— Army Gray and Lina—and still live luxuriously.

READ THIS NEXT: Who is Mitch Green?