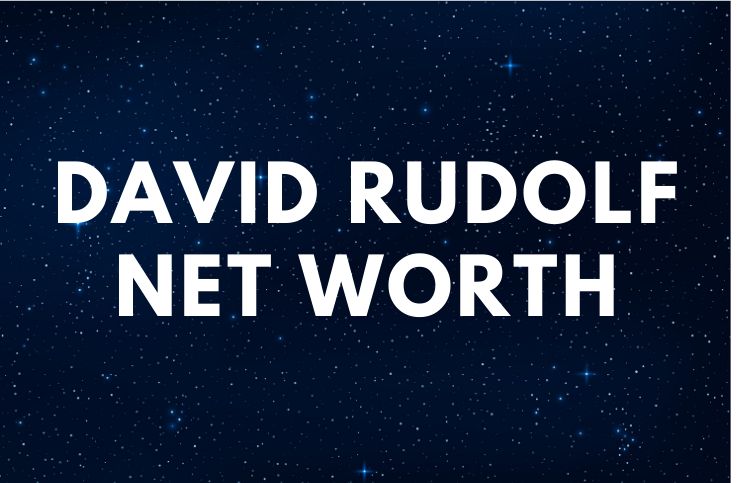 David Rudolf is an American defense lawyer who is best known for being Michael Peterson’s lawyer. The case was featured in The Staircase documentary.

David grew up in an upper middle class, mainly the Jewish enclave of Long Island.

David has defended many clients, including Rae Carruth, a former football wide receiver who was found guilty of conspiring to murder his then-girlfriend Cherica Adams. Rae Carruth was found not guilty of first-degree murder and was saved from the death penalty.

The Case Of Michael Peterson

Michael Peterson is an American novelist who called an emergency line to report that he had just found his wife (Kathleen) unconscious in their home and suspected she had fallen down the stairs on December 9, 2001.

The autopsy report concluded that the woman sustained many severe injuries, including seven lacerations to the back and top of her head and a fracture of the thyroid neck cartilage. She probably had died from blood loss about one and a half-hour after sustaining the injuries.

Peterson said that his wife must have fallen down the stairs after consuming valium and alcohol. According to the toxicology, his wife’s blood alcohol content was 0.07 percent (70 mg/100mL).

Michael also said that he had been outside by the pool and had come in to find his wife at the foot of the stairs. Later, a defense team re-creation demonstrated that it would have been possible for Michael to have missed Kathleen’s cries for help had he been by the pool.

On October 10, 2003, a Durham County jury found Peterson guilty of the murder of his wife. Michael was sentenced to life in prison without the possibility of parole.

”It was a complete shock. I felt that once we found that blow poke, there was no way that the jury could convict.”

During the case, a televised documentary series (named – The Staircase) was filmed. The documentary examines the role and behavior of the popular press as it covered aspects of the case. Additionally, it offers an intimate depiction of defense preparations for the trial.

“The Staircase” was released by Maha Productions in October 2004 and was directed by Jean-Xavier de Lestrade (a French filmmaker).

Eight 45-minute episodes of The Staircase were assembled from over 600 hours of footage.

During an interview, David said about The Staircase:

”I watched the series back in Paris and it was one of the worst days of my life. It was so distressing to see it all again.”

Rudolf went on to say:

”It was number one, two and three of the worst cases in my career.”

”But now when I watch it I have a completely different attitude because I know how it’s going to end.”

In 2019, the New York Times selected the documentary as one of the 50 best shows on Netflix.

After 8 years, Michael was granted a new trial after the judge ruled an important prosecution witness gave misleading testimony.

On February 24, 2017, he submitted an Alford plea (the Alford plea is treated as guilty by the court, however, it allows the accused to maintain their innocence while admitting that there was enough evidence to convict them) to the reduced charge of manslaughter. Peterson was sentenced to time already served and freed.

”I think a lot of people have a newfound understanding of the problems that can exist, of how wrongful convictions occur, of the importance of what criminal defense lawyers do.”

Rudolf declared that Peterson will release a book about the case as well as his experience in prison. David declared:

”He’s getting ready to self-publish a book about his experience in prison and the case.”

In 2019, Peterson released the book, titled – ”Behind the Staircase: All Profits Go to Charity.”

In November 2019, it was reported that actor Harrison Ford is set to appear in a small-screen dramatization of the documentary The Staircase. After learning the news, Rudolf said:

”I just learned about this yesterday. Some of the stories indicate Harrison Ford will play Peterson.”

”Haven’t heard anything about who is “playing” me.’ ‘That’s a concept that’s a little hard for me to wrap my mind around, to be honest.’”

“You really have to be passionate about what we’re doing if that’s going to be rewarding to you.”

“We all must resist the abuse of power and protect the rule of law.”

“What’s really important is to not feel like you’re stuck in a script that you’ve prepared but rather to be listening and reacting spontaneously.”

“When people see these kinds of injustices, they’re as upset by them as we are as criminal defense lawyers.”

Rudolf earned most of his wealth from being one of the preeminent trial lawyers in the United States. David is specialized in complex and high-profile civil rights and criminal cases. He works at the Rudolf Widenhouse law firm in North Carolina. Therefore, David Rudolf has an estimated net worth of $2.1 million.