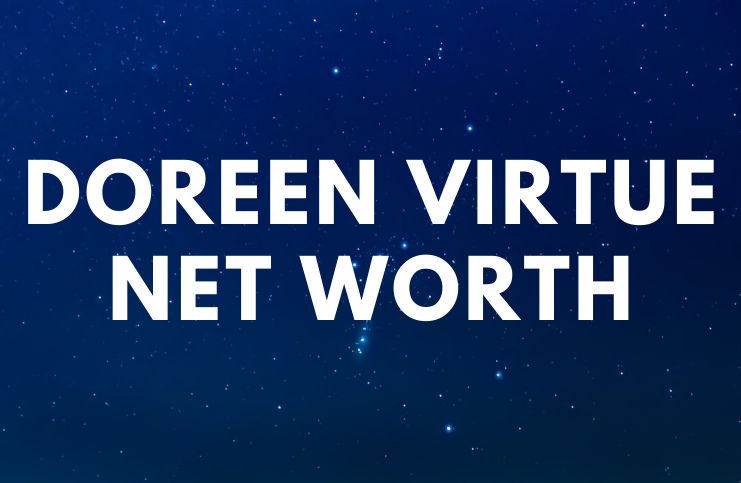 Doreen Virtue is a spiritual teacher, therapist, and popular author who is best known for preaching the use of guardian angels as spiritual healing through her program ”Angel Therapy.” She was called the “Queen Of Angel Work” for the past decade.

Angel Therapy is a type of alternative therapy, that includes working with archangels and guardian angels to heal different health issues including mental, physical, and spiritual problems.

She was born on April 29, 1958, to a Christian Scientist (a set of beliefs and practices belonging to the metaphysical family of new religious movements) family in California, USA.

Her father was a self-employed writer, while her mother was a Christian spiritual healer.

”You see, I was raised in the New Thought churches of Unity and Christian Science…When I was growing up I read the Bible, and I would read the positive things of the Bible only because that is what the focus was on.”

Virtue grew up reporting that she had clairvoyant abilities (which can include psychic abilities, clairvoyance, ESP, mental telepathy, empathy, mind reading, and telekinesis), conversing with spirits even as a child.

When neither she nor her family could understand them, Doreen suppressed her abilities.

Doreen earned a Doctorate of Philosophy in Psychology from California Coast University, which is accredited by the Distance Education Accreditation Commission.

Virtue worked as a psychotherapist with a specialization in eating disorders. However, after being saved from an armed carjacking, Doreen turned to research and teaching about Angel numbers and divine intervention.

In 2017, Doreen has given her life to Jesus, been baptized, and renounced the New Age movement.

This change started when she claims she had a vision of Jesus in church on January 7, 2017, and was finalized by her baptism about a month later. Doreen said that Jesus came to her and told her to stop doing prediction- and tarot- related anything. Doreen even told her followers to burn some of her books and the decks associated with them.

“None of the money from those Tarot decks comes to me anymore. I asked Hay House to donate it to charity.”

She is now enrolled in full-time Bible study, as learning and applying the Word of God is her highest priority.

In one of her newsletter, she stated:

“Some people have incorrectly said that I’ve renounced all of my prior work, and that’s not true. See? That’s an example of how fear-energy likes to stir up drama. I respect your right to pray and believe as you choose!”

She began publishing self-help and psychology books on topics like eating disorders and child custody before changing the focus of her work and writing spiritually-oriented topics.

Some of her books are:

”The Lightworker’s Way: Awakening Your Spiritual Power to Know and Heal,” a book that teaches you how to recognize your higher purpose, how to connect with your inner calling, and how to gain your spiritual power for healing.

”Healing with the Angels: How the Angels Can Assist You in Every Area of Your Life,” a practical how-to guide which reveals how to work with angels to improve your health.

Her newest book, “The Joy of Jesus,” is available as a free ebook download at bit.ly/TheJoyofJesus. The book is also available in paperback on Amazon. “The Joy of Jesus” tells the story of why Virtue converted from new age to Christianity.

In her 20s, Doreen married Larry Schenk, with whom she had her two sons, Charles and Grant. She has said that Larry was emotionally abusive and possessive, leading to the couples’ eventual divorce.

Her second husband was Dwight Virtue, whom she divorced for undisclosed reasons.

Doreen currently lives on a 47-acre estate in Hawaii, where she moved with her 5th husband Michael from their estate in Maui to better care for more than 100 rescue animals of all kinds.

Virtue has been featured on CNN, Oprah, Good Morning America, and in magazines and newspapers worldwide including her weekly column in Woman’s World magazine called “My Guardian Angel.”

Doreen has an impressive story about how Angels saved her life when armed robbers tried to steal her car. According to Virtue, the Angels told her to scream and she screamed.

READ MORE: Who is JonTron?

Virtue earned most of her wealth from selling her books, especially on her website or on Amazon. In addition, she has her angel and oracle decks. These include:

After her Jesus revelation, Doreen has removed her name from co-authored books, removed some products from the marketplace, rewritten books to be “scripturally correct,” and donated royalties from sales of Tarot-related products to the Hay Foundation Charity.

Moreover, Virtue offered courses via DVD including courses on past life healing and mediumship as well as a course for people desiring to become spiritual writers. Also, she has a YouTube channel that has more than 236,000 subscribers. Therefore, spiritual teacher Doreen Virtue has an estimated net worth of $2 million.

READ THIS NEXT: Who is Steven Lim?