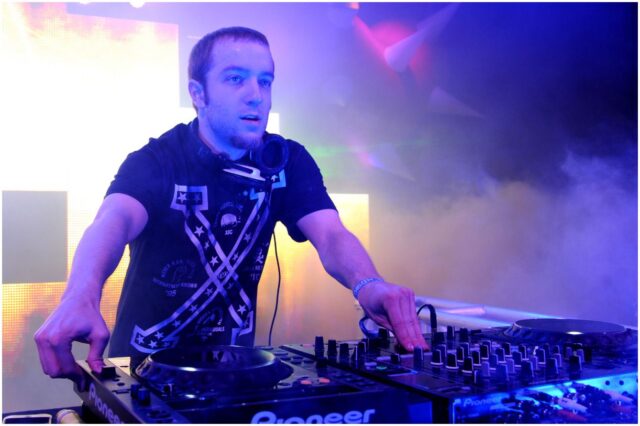 Jeff is also known for his bass-heavy music, which is incorporating the laid-back vibes of hip-hop, the aggressive energy of metal, and the morphing basslines of bass and drum.

The name itself (”Excision”) presents a terrifying image – the act of removing organs, tissue, or tumors in an operation. Therefore, it should come as no surprise that the sounds behind ”Excision” are just as unforgiving and brutal as the namesake suggests.

He was born in Kelowna, British Columbia, Canada.

In 2011, Abel released his debut studio album, called – ”X Rated.” In 2012, he promoted the album during the North American “X Tour” with Lucky Date and Liquid Stranger.

In 2015, on his own label (Rottun Recordings), Jeff released his 2nd studio album, entitled – ”Codename X.”

In 2016, he released a new tour and production system called – “The Paradox.”

In 2017, Jeff announced the inaugural year of ”Lost Lands” – his own dinosaur-themed music festival.

In June 2019, Jeff announced an upcoming EP with Dion Timmer.

He is very popular on social media. In the present day, he has:

DJ Excision is dating Emma Livorno. Emma frequently accompanies him at festivals and on tour.

His released singles are:

Jeff is known to use Access Virus TI, Linplug Albino 3, Native Instruments Massive, Apple Logic, and Steinberg Cubase to produce the sounds that he creates in his songs.

His recordings from the Shambhala Music Festival have received millions of downloads.

Abel is well known for his work with DJ Troy Beetles, a.k.a. “Datsik.” DJ Troy Beetle is a Canadian-born disc jockey who remixed songs for bands like – The Crystal Method, Coldplay, and Linkin Park. Datsik also released popular recordings such as Cold Blooded, Let It Burn, and Vitamin D.

Abel often works with Downlink, a Canadian dubstep/bass artist who has released music under these labels:

In 2012, Pendulum and Jeff formed the dubstep supergroup Destroid. Some of their singles are:

“After years of The Prodigy being the only electronic act I could find that wasn’t a house, I came across this Dieselboy mix.”

”I think the biggest change that most people don’t realize is even happening is that it affects how immersive the show is.”

“Korn was my intro to heavy music. Slipknot, Pantera, and Slayer soon followed.”

”I’ve always had a hard time being satisfied with “good enough,” and with how far ahead we are always booking shows and working on releases that won’t be heard until months or a year later.”

Jeff earns most of his money from the tickets he sells to his concerts as well as from his albums and singles. In addition, Abel sells merch (jackets, hoods, t-shirts, hats, accessories) on his website.

Moreover, Jeff has a YouTube channel that has more than 104 million views (about $200,000 in revenue). Therefore, Excision has an estimated net worth of $1.45 million.