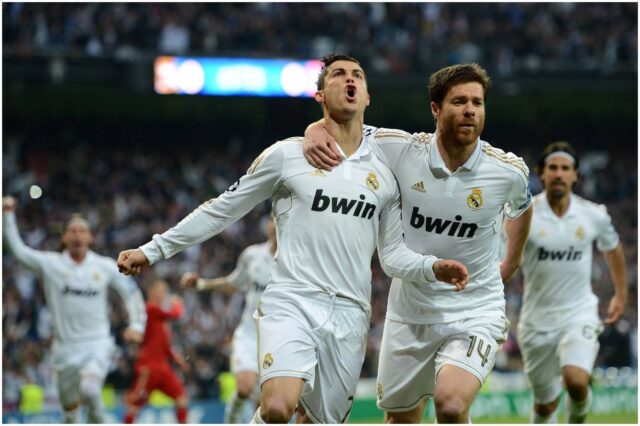 She is a Colombian actress and model who gained reality fame on Telemundo’s Protagonistas de Novela.

Duque was born in Cali, Valle del Cauca, Colombia, on January 30, 1985, and at age 12, moved to Miami, Florida, where Ximena began to study diction, acting, and accent neutralization.

Xavier Samuel is an Australian actor who has appeared in leading roles in the feature films Frankenstein, The Loved Ones, A Few Best Men.

He is an American actor, rapper, and broadcaster who began his musical career after releasing his debut studio album At the Speed of Life in 1996.

His 2000 album, Restless, sold more than 2 million copies and was certified platinum.

She is a Bolivian-born Mexican actress who has appeared in her first soap opera, Corazones al Limite, in 2004.

Ximena played major roles in the Spanish-language soap operas Infames and Nina de mi Corazon. Ximena was married to Alex Sirvent; however, they divorced in December 2013.

Chinese-Filipino director, singer, professional basketball player, actor, and model who is best known for his role in the film Bride for Ren as well as in the series My Binondo Girl.

Xenia Deli is a Moldovan American model who has starred in music videos, including Justin Bieber’s “What Do You Mean?” and “Thinking About You.”

Moreover, Deli has been featured on several fashion magazine covers, including FMD Magazine, Elle, and Sports Illustrated of South Africa.

Xenia first got started in modeling when she was 20 years old. Deli gave birth to her daughter Anastasia in 2018.

Xenia Tchoumitcheva is a Russian-Swiss model, blogger, actress, and entrepreneur. Tchoumitcheva began modeling at twelve and won her first title by 13.

Tchoumitcheva is fluent in six languages: Italian, Spanish, Russian, English, German and French. Xenia graduated in 2010 from the Università della Svizzera italiana with a Bachelor’s Degree in economics.

In 2016, Tchoumitcheva shot fashion editorials with magazines of the likes of Vanity Fair, ELLE, and L’Officiel.

In 2009, according to a survey by the magazine Schweizer Illustrierte, Xenia was elected as the Best Bikini Body.

He is a Spanish professional footballer who is known for his long spells playing for Barcelona and internationally for Spain.

Xavi has won 31 trophies for Spain and Barcelona, a total only surpassed by Iniesta as the most decorated Spanish player in history.

In January 2011, Xavi set a record with his 550th career appearance for Barcelona. During the 2009–10 season, journalists increasingly noted his contribution to the Barcelona team. For instance:

“Quite simply the best midfielder of modern football. It could even be argued that Xavi and Matthäus are the two best in this position in history.”

”World class for several years now, it is the past three seasons in particular where the 30-year-old has been untouchable.”

She is a film and television actress who is best known for her role as Xev Bellringer in the SF television series titled ”Lexx.”

The television actress is perhaps best known for her role as Alba Lucia Suarez in the Colombian series called Francisco el Matematico.

Ximena grew up in the city of Medellin, Colombia.

Alonso is a Spanish former footballer who played as a central midfielder. Xabi made his international debut for Spain in April 2003 in a 4–0 victory against Ecuador. His 114 caps make him the 7th-most capped player in the nation’s history.

Xabi moved to Real Madrid for the start of the 2009–10 season in a deal worth around £30 million. In La Liga, Alonso helped the club finish with a club-record 96 points, 3 points behind winners Barcelona. On August 29, 2014, he moved to Bayern Munich on a 2-year deal for an undisclosed fee.

On June 1, 2019, he was appointed manager of the Segunda División B club Real Sociedad B.

In 2009, Alonso got married to Nagore Aranburu. They have three kids, Ane, Jontxu, and Emma. In 2011, Xabi was quoted in The Times Online as saying:

“I am still a Liverpool fan and will be forever, absolutely” and that he will raise his Liverpool-born son as a Red supporter.”

Television personality and model Xoana Gonzalez is best recognized as a contestant on ”Soñando por bailar” in 2011.

In June of 2013, Berberi first began posting pictures of her modeling work to Instagram.

She is a Chinese actress and singer who gained international fame for her roles in Balzac and the Little Chinese Seamstress (2002) and Suzhou River (2000).

Xuxa is a Brazilian model and TV star who began her television career with the Clube da Criança on Rede Manchete in the early 1980s.

READ THIS NEXT: Matthew Mercer Net Worth