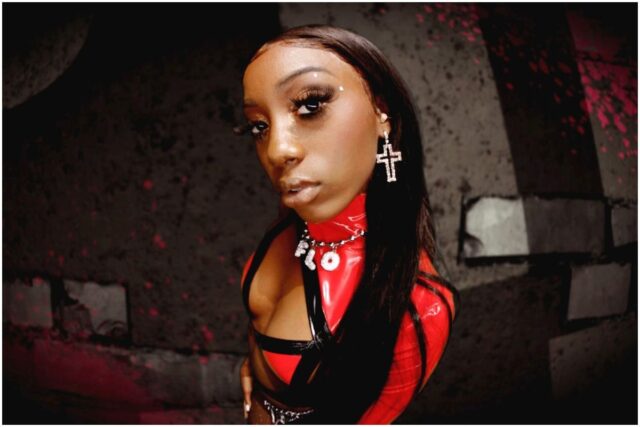 What is Flo Milli’s net worth?

Flo Milli (real name – Tamia Carter) is an American rapper who released her debut mixtape, Ho, Why Is You Here?, in July 2020.

”I grew up in kinda like a dysfunctional family. I mean, my dad was in my life until I was seven,” she told HotNewHipHop in October 2020. ”So, I was like a daddy’s girl. My mom and dad were together, and then when I turned like seven, they broke up, and that’s kind of always s##t … For the most part, I grew up with my mom and my sister.”

Her mother is Monique Danielle, while information about her father is shrouded in mystery.

Carter starter to rap while in middle school.

”Ever since I was younger, I already was very like woke in a way, I already knew like my purpose,” Carter said in an interview. ”And I knew I definitely didn’t want to be a doctor, like you know, the regular schmegler stuff. I wanted to be a star. Ever since I was like nine years old, I just have been writing music, and it just went up from there. I just wanted to be a rapper.”

Milli gleaned fresh inspiration about music after watching an episode of the famous 106 & Park that airs on BET, featuring Nicki Minaj.

Motivated by the show, she put pen to paper and let her creative juices flow; she wrote short verses that metamorphosed into beautiful songs.

The artist noted her dislike for high school and struggling with poor self-esteem while growing up. So music was her getaway to self-confidence and expression.

In 2017, Carter began releasing music on her Soundcloud account.

”I never was a viral internet star,” Carter said. ”I just used my internet platform to my advantage, but I’ve always been an artist first.”

In October 2018, she recorded the original version of her breakout single, “Beef FloMix,” a rework of 2015’s “Beef” by Playboi Carti and Ethereal.

The smashing single went viral on Instagram, TikTok, and other social media platforms. It was such a “hit” that it occupied the number 2 spot on Spotify’s viral 50 in April 2019.

”Tik Tok was a major stepping stone for a lot of [musicians] coming in,” Milli said for Vogue in August 2020. She went on to say: ”I didn’t really understand what it was at first or how big it was, but once I got the hang of it, it was dope to see that my song was blowing up on there.”

Come July 2019, a professionally-produced version of the song was released and gained a whopping 46 million streams (and some more) on Spotify.

Flo Milli went on to release another single, “In the Party,” in October 2019. Now accustomed to fame and popularity, she performed at Rolling Loud Los Angeles in December of the same year.

As the year neared a successful close, Flo signed a deal with RCA Records and ’94 sounds.

”Flo Milli has an incredible future in front of her, and we’re honored to provide her with the publishing platform to help sky-rocket her career,” said Pulse Music Group co-CEO Scott Cutler.

Signed to RCA, she released several singles, including “My Attitude” in February 2020, “Not Friendly” in March, and “Eat It Up” in April.

This led to some notable features, including SayGrace’s remix of her “Boys Ain’t Shit” and G Eazy’s single, “Down.”

Flo’s career achieved a milestone in September 2020, when she was nominated for Best New Artist at the 2020 BET hip hop awards.

There is no information about Flo Milli’s boyfriend.

”I’m a big person on manifesting and speaking things into existence, because there very much is a power in the tongue.”

”Everybody that knows me, knows that whenever I want someone to go get it, I don’t care what nobody thinks about that.”

”I’m a good person, and good things come to people who wait and do good.”

”It’s important to keep your mystery. You want to give people just enough to want some more.”

”Nicki Minaj, I can’t leave her out because she’s the reason I started rapping,” Carter told Genius. She also said about Rico: ”I really love her demeanor, what she stands for. I can relate to her on an intellectual level.”

Carter earned most of her wealth from selling copies of her mixtape (Ho, Why Is You Here?), touring the country, and uploading songs on TikTok and YouTube.

Therefore, American rapper Flo Milli has an estimated net worth of $1 million.

READ THIS NEXT: Who is Lil Wyte?