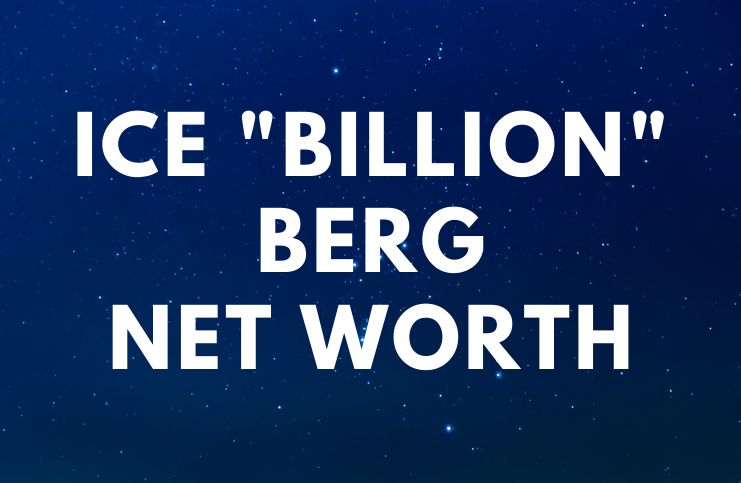 Ice “Billion” Berg, birth name – Teiron Robinson, is an American rapper who has released almost a dozen successful mixtapes and the 2015 album LiveLifeLive.

He is a former member of Dunk Ryder and Cash Money Records. Robinson rocketed to fame in 2008 after he was featured on a single alongside American rapper Trick Daddy.

At age 5, Berg was introduced to music by his father who also helped him pen his first song.

During an interview, Robinson said:

”I been rappin’ and having a passion for music forever. My dad, Coach, who my manager now, wrote me some raps when I was little.”

Berg went on to say:

”And then I really got serious after middle school, the summer right before I got to high school.”

At age 14, Robinson had already produced his first independent mixtape.

In 2004, rapper Trick Daddy scouted his unique style and talent and officially signed him a record deal to Dunk Ryders Records.

Note – Trick Daddy is an American rapper from Miami’s Liberty City. In 2014, Daddy released an album titled – ”Thug Matrimony: Married to the Streets.” The album debuted at #2 on the Billboard 200 chart with 145,000 copies sold in the first week of release. In 2009, Daddy appeared in the film Just Another Day playing a drug dealer. Trick is the self-proclaimed “Mayor of the 305.”

Berg’s father has served as his manager.

Teiron started his YouTube channel on May 6, 2007. The channel has over 57,000 subscribers and more than 36 million views.

His second most popular video is called – ”Closer 2 My Dreams Freestyle.” The video has over 1.6 million views and it was published on October 31, 2009.

”I want everybody around me to do better ! Idk how it feel to be a hater.”

”I never minded waiting for my turn and taking over. I always get what I want.”

”Traveling the world with my shirt off.”

”I can’t expect kids that’s 13, 14 years old that’s aspiring to be the next Kodak Black or the next Ball Greezy to do the same things we did when we were that age.”

Lil Dred (born May 23, 1993) was featured on his single “Zombie” on the August 2014 album – ”Damage is Done.” Dred is a rapper that was born in Miami, USA. His father is a national champion football player at the University of Miami and independent rapper, named – Nate “The Great” Brooks.

Lil is best known for his EP Hosted by the Streets. In addition, Dred released the single “No Shone,” on which he collaborated with Chad Thomas, a University of Miami football player.

Berg has been featured on singles with musical superstars such as:

In February 2019, Berg sued the owners of a Sunny Isles Beach condo association.

The rapper accused them of barring him from his unit. In addition, he said that they harassed him because he is black.

When he returned home, Berg found two security guards inside his condo.

“They just came and while I was taking a shower, they said, ‘You don’t really suppose to belong in here, and if you don’t leave right now, I’m going to have to threaten you with trespassing.’”

Berg is the true definition of a rapper making noise throughout the Southeast Region and in his state. Ice earned most of his wealth from his music (selling tickets and albums). In addition, he probably earns some money from his Instagram account (paid posts) and ads on his YouTube channel.

His YouTube channel has over 36 million views. This means about $75,000 in revenue. Therefore, Ice Billion Berg has an estimated net worth of $0.75 million. In 2019, he wrote on his Twitter account:

”Self made….. Anything I own, I earned that!! Keep hustling, ima make sure my Jr. learn that.”

READ THIS NEXT: Who is Johnny Rodriguez?