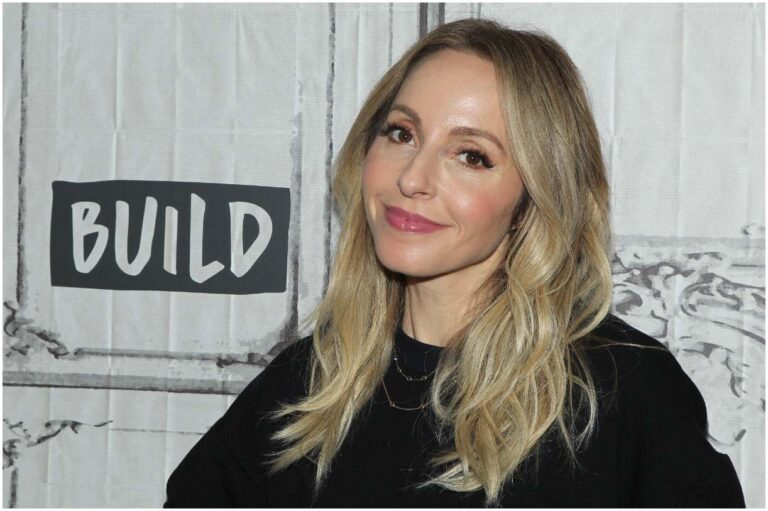 She also published the following books – Judgment Detox, Spirit Junkie, Add More ~ing To Your Life, May Cause Miracles, Miracles Now, The Universe Has Your Back, and Super Attractor.

Bernstein graduated from Syracuse University in 2001, with a theater degree.

At age 25, she was addicted to cocaine and weighed under 100 pounds. Gabrielle said:

”I was 25, running a PR business and also doing a lot of cocaine.”

Bernstein went on to say:

”I was routinely up until 5 or 6 a.m. every night partying, and I weighed about 98 pounds.”

But, one day Gabrielle had a complete transformation. She explained:

”The next morning, October 2, 2005, I woke up to a loud inner voice that said, “Get clean and you’ll have everything you want.”

”I felt I had no other choice than to listen.”

After she got healthy and sober, Gabrielle decided to use her own story to empower audiences to achieve their true potential.

In 2008, Bernstein founded HerFuture.com, a social mentoring and networking website for women.

In 2009, she was featured in The New York Times as a “guru” for the next generation.

So far, she has published seven books:

In 2010, she published her first book, titled – ”Add More ~ing To Your Life: A Hip Guide To Happiness.” She said about the book:

”The loving voice that guides us to forgive, release resentment and choose loving thoughts and actions.”

In 2011, Gabrielle published – ”Spirit Junkie: A Radical Road to Discovering Self-Love and Miracles.” In the book, she details her personal story of how she transformed her life.

In 2013, she published – ”May Cause Miracles: A 6-Week Kick-Start to Unlimited Happiness.”

In 2014, she published – ”Miracles Now.” In the book, the author explains principles from both Kundalini yoga and A Course in Miracles.

In 2016, Bernstein published – ”The Universe Has Your Back: Transform Fear to Faith.”

In 2018, Gabrielle published – ”Judgment Detox: Release the Beliefs that Hold you Back from Living a Better Life.” She said that the book:

“It’s telling people we have to wake up and take responsibility for the thoughts that we have.”

”And the words that we use and the judgments that we are placing upon others, because those daily judgments are polluting the world.”

In 2019, she published – ”Super Attractor: Methods for Manifesting a Life beyond Your Wildest Dreams.” It is a journey of remembering where your true power lies.

Gabrielle Bernstein is married to Zach Rocklin, the chief operating officer of her company.

Bernstein once said about marriage:

”I believe that marriage must be built on shared beliefs and intentions.”

”It doesn’t matter how alike you are; what matters most are your shared morals and beliefs.”

The couple has one child.

”Your thoughts speak even louder than your words, and it’s time to use them wisely.”

”Paradoxically, the secret to speeding up and getting more done is simply to slow down.”

“Yogi Bhajan shows us that a key to being the master of your own mind is to learn how to forgive yourself.”

”When you love what you do, a power greater than you takes over.”

”The best part of my job is knowing that everything I do is serving others.”

”Through the mantras, kriyas, and meditations I’ve found a freedom I had never known.”

“When we fulfill our function, which is to truly love ourselves and share love with others, then true happiness sets in.”

”To manifest you must be able to feel the feeling of the experience before it even happens.”

”The one constant is my spiritual practice of prayer and meditation. Without this practice, everything else will fall apart.”

”I’ve made it my life’s work to help women find their inner glow.”

”There’s no doubt that getting sober was the catalyst for my spiritual awakening.”

”Fear is often our immediate response to uncertainty.”

Bernstein has been featured in media outlets, including:

Bernstein appears regularly as an expert on The Dr. Oz Show.

The motivational speaker has also presented lectures at:

Bernstein earns most of her wealth from selling her books (especially on her website and Amazon) as well as selling tickets to her motivational speeches. On average, one ticket costs around $50. Therefore, Gabrielle Bernstein has an estimated net worth of $1.7 million.