Inky Johnson (birth name – Inquoris Johnson) is an American former University of Tennessee defensive back who suffered an injury during a college football game which left him with paralysis in his right arm. He later became a motivational speaker and author.

Inky grew up in his grandmother’s house that was packed with 14 family members. He and his family moved 5 times in nine years, all within Kirkwood.

His mother said to him:

”Son, whatever you start, you make sure you finish.”

Johnson went to the University of Tennessee.

On September 9, 2006, while Tennessee was playing Air Force at Neyland Stadium, a routine tackle turned into a life-threatening injury. After the injury, his right arm was paralyzed. Also, his football career ended. He was 8 games away from playing in the NFL.

”Some of my greatest lessons in life came from pain. And the thing I’ve learned about it is the ability to learn is a gift even if pain is your teacher.”

During an interview with UT Sports, he said:

”I think it kind of shocked a lot of people that I was able to handle the situation the way I handled it. People were coming into the room and were all sad because of everything that happened, all down on their spirits and low.”

Inky went on to say:

”I just had to let them know that I was going to be all right. There’s a life after this. Life goes on. Whatever God puts in your life, you’ve got to embrace it and keep going.”

Currently, Inky devotes much of his time to giving motivational speeches to a variety of people as well as mentoring underprivileged youth and athletes.

In addition, Johnson has been the keynote speaker at numerous events.

In 2011, he published the autobiographical book ”Inky: An Amazing Story of Faith and Perseverance.”

Inky has written in his book:

”Now, here I was lying in a hospital bed, stinking to high heaven from the dried game sweat with a right arm and shoulder I couldn’t feel.”

”And I was wrapped up like I’d been shot with a shotgun — and yet things weren’t all bad. I really felt blessed in those moments.”

The couple has two children, Jada and Inky Jr.

”I believe overcoming ego involves a shift of focus from the self to others.”

”Expectations should never exceed your effort.”

”The harder you work, the harder it is to surrender.”

”It’s not even about the outcome for me, it’s about can you take pride in what you do as an individual?”

”I firmly believe you’re never supposed to wish for more than you’re willing to work for.”

In January 2020, Inky wrote a message on his Instagram account to Eric LeGrand (a former American football defensive tackle who became paralyzed while making a tackle in a 2010 game):

”I have a lot of respect for you for a number of reasons but the thing that connects us both is the fact that we both had career-ending as well as life-altering injuries from the game of Football.”

Johnson and his wife founded The Inky & Allison Johnson Foundation. Each year, the foundation awards an Overcoming Adversity scholarship to a high school senior.

To be eligible for the scholarship, there are certain requirements, such as:

Johnson earned most of his wealth from selling his book as well as from giving motivational speeches. So far, Inky has appeared at many events, including the Greater Knoxville Sports Hall of Fame induction ceremony.

Inky promotes himself with the help of Instagram (305,000 followers) and YouTube (63,000 subscribers). Therefore, motivational speaker and author Inky Johnson has an estimated net worth of 0.7 million. 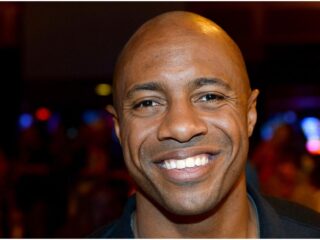 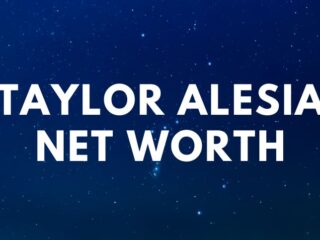