Folau currently plays for the Shining Arcs in the Japan Rugby League One.

He was born on April 3, 1989, in Minto, New South Wales, Australia, to Tongan parents Amelia and Eni.

His father is a pastor.

He has five siblings, four brothers and a sister.

Israel grew up as a Mormon.

In 2006, he represented the Australian Schoolboys team.

From 2007 to 2008, Israel played rugby league for the Melbourne Storm in the National Rugby League.

In 2008, he was named Rookie of the Year by the Rugby League International Federation.

In 2009, Israel received sponsorships by Powerade and Adidas.

From 2009 to 2010, Folau played with the Brisbane Broncos. He made his debut in round one of the 2009 season vs. the North Queensland Cowboys.

He joined the Greater Western Sydney Giants in the Australian Football League in 2011. Folau played there for two seasons.

In December 2012, it was reported that he will join the New South Wales Waratahs for the 2013 Super Rugby season.

In 2013, he made his international debut against the British & Irish Lions at Suncorp Stadium.

In November 2015, it was announced that Folau will be out for at least 3 months after scans confirm he will require surgery on an ankle injury sustained at the Rugby World Cup. 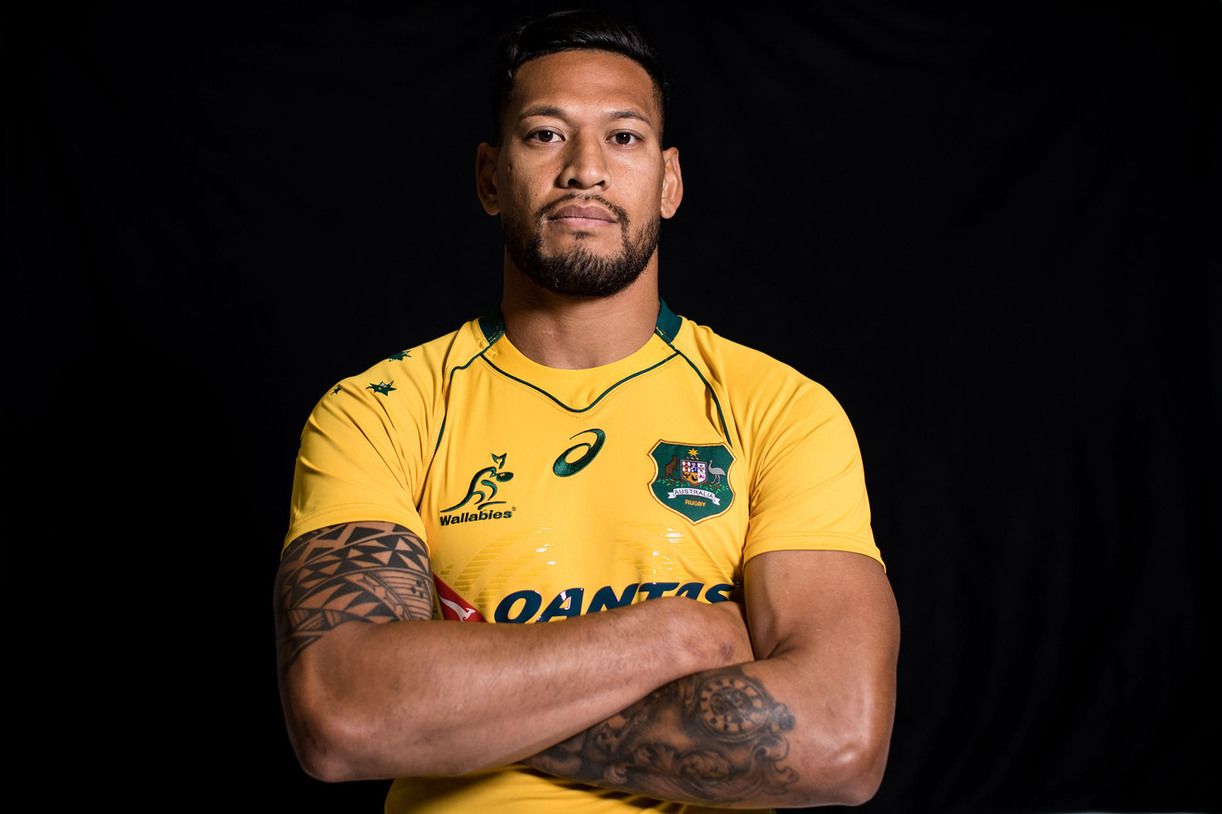 The Australian Rugby Union said in a statement:

“Despite being hampered by the injury for most of the tournament, Folau ran for the most metres of any Wallabies player and finished seventh overall with 366 metres gained over his six matches.”

In April 2018, a follower of his Instagram account asked Folau what God’s “plan for homosexuals” was, and Israel said: “Hell.. unless they repent of their sins and turn to God.”

Pastor Gino Jennings said he is the inspiration behind Israel.

“It was made clear to him that any social media posts or commentary that is in any way disrespectful to people because of their sexuality will result in disciplinary action.”

Later that month, Folau lost a sponsorship deal with Asics.

Talking to Alan Jones on the broadcaster’s Sky News program, Israel said he was offered money by Rugby Australia to remove the Instagram post; however, he couldn’t do it. In his words: ”I couldn’t do it, my faith to me is what’s important.”

Rugby Australia refuted the claim, saying in a statement, according to SMH:

“Any suggestion that Rugby Australia offered Israel Folau money to remove a post made on April 10, 2019, is completely untrue.”

In August 2019, Folau sued NSW Rugby for $9.5m after having his contract terminated following his post on Instagram.

In December 2019, Israel and NSW Rugby settled their legal dispute following the dismissal of the player. Folau said:

“With today’s acknowledgment and apology by Rugby Australia, we have been vindicated and can now move on with our lives to focus on our faith and our family.”

Bernard Guasch, the Chairman of Catalans Dragons, said he wanted to give Israel a new opportunity. Folau said:

“I look forward to my return to the great game of Rugby League with the Catalans Dragons.”

In July 2020, Folau renewed his contract for one more season with the Dragons Catalans. He was released after playing 15 games.

READ MORE: What is the net worth of Becky Lynch? 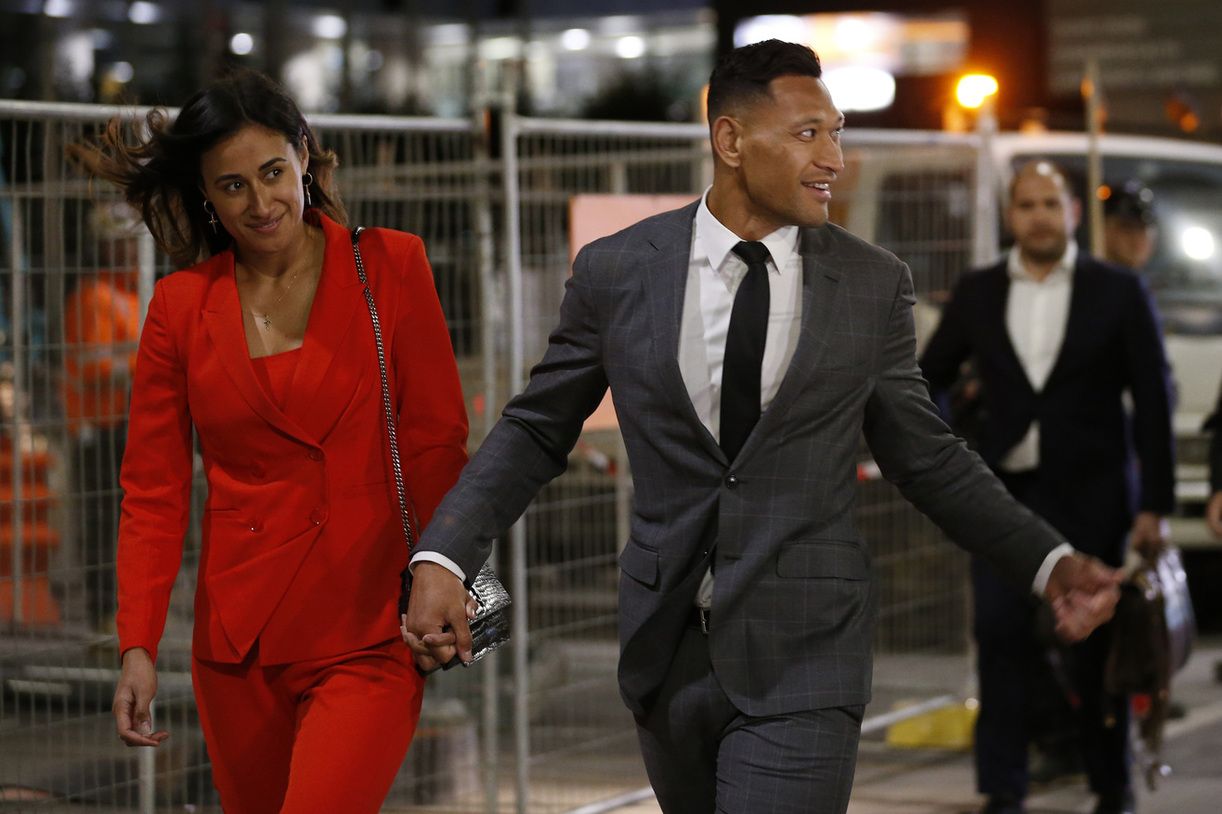 ”It’s been a year since I married the most amazing woman, and I’m beyond blessed to call you my wife.” Israel later added: ”I just want to give all the glory to Jesus for everything he’s done for the both of us, without him, nothing would be possible.”

In March 2020, it was reported that Maria and Folau are expecting their first child later this year. 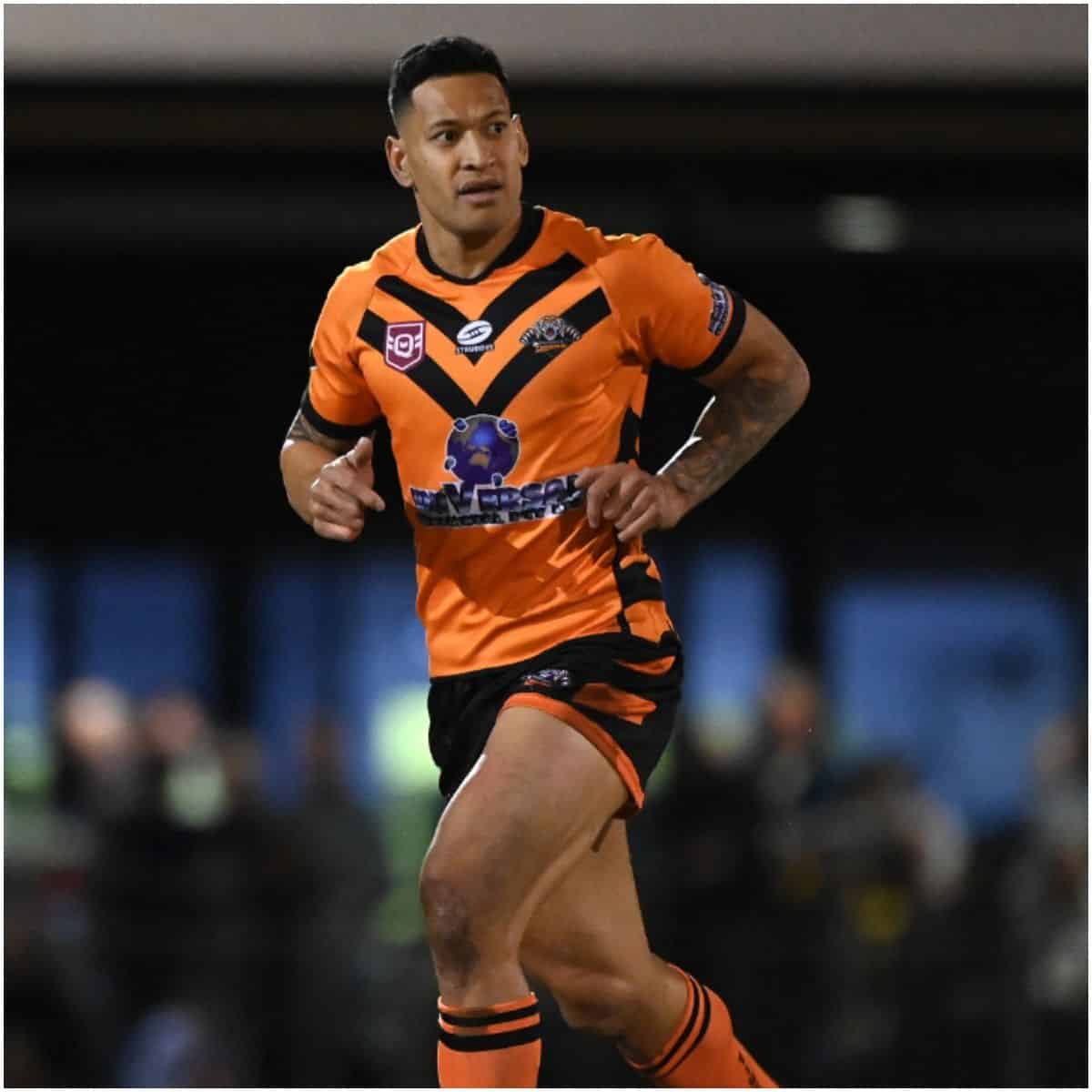 In 2011, Israel became an active member of the Assemblies of God Christian fellowship.

Folau became the record holder for most tries scored in Super Rugby history in 2019.

Folau earned most of his wealth from playing professional rugby as well as from sponsors. In the past, Folau was sponsored by Asics, Powerade, and Adidas.

Therefore, Israel Folau has an estimated net worth of $6 million.

READ THIS NEXT: Bio of Colin Kaepernick

Great job brother, continue to do the right thing with your family.