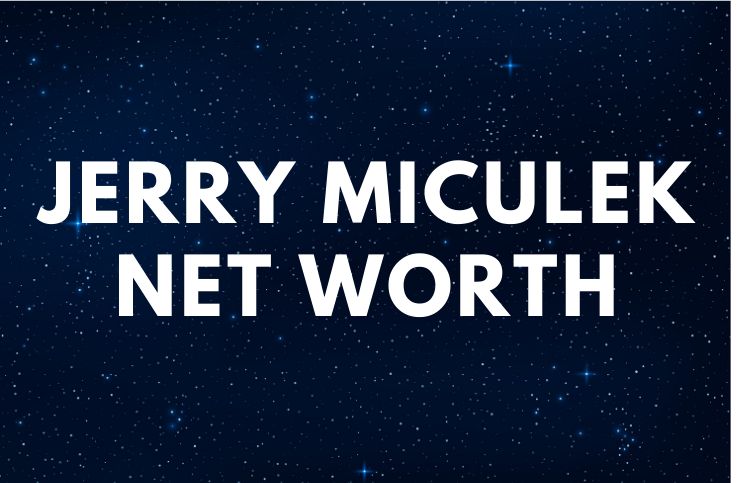 Jerry Miculek is an American competition shooter who has appeared as an expert in Top Shot Season Three.

Miculek was born on September 7, 1954, in Freeport, Texas, United States.

He grew up in southern Louisiana. From an early age, Miculek showed interest in hunting and shooting. He said:

”I was introduced to action handgun shooting in 1976 by a local shooter named Ben Ashmore.”

For about 15 years, he worked as a millwright at Freeport Chemical.

In 1989, he had become a professional shooter.

Jerry also has his own reality show, named – ”Shootout Lane” on the Outdoor Channel.

Currently, he holds more than 100 world and national shooting titles including:

Jerry started his YouTube channel on August 19, 2012. So far, the channel has over 1.11 million subscribers and more than 158 million views.

Jerry Miculek is married to Kay Clark. He met his wife when he was 37.

She is the daughter of the world-famous gunsmith, Jim Clark Sr.

When asked by American Shooting Journal how aging may affect a shooter, Kay Clark said:

“Staying in some physical conditioning is important. The most different thing a person is going to run into is their eyesight, especially if you’re shooting iron sights.”

Kay Clark went on to say:

“It’s a constant battle. At some point, there is no fix.”

The couple has a daughter, named Lena Miculek, a successful shooter.

Lena won gold at the 2012 and 2015 IPSC Shotgun World Shoot. In 2017, she was the winner in the Open division at the IPSC Rifle World Shoot.

In 2014, she won the Trijicon World shooting championship.

Lena started to practice shooting at a young age. She said:

“I participated in my first major competition, the Sportsman’s Team Challenge, at the age of 8.”

During an interview with Outdoor Hub, she said:

”I’m also an instructor with Babes with Bullets so I have 4 or 5 three to four day classes.”

”Off the top of my head, he’s addicted to chocolate and eats jelly with a spoon.”

”He will even drink chocolate syrup.”

In 2014, Lena won more than 15 titles. When asked about her plans for the future, she responded:

“My skills are still improving with every practice session.”

“However, I know just how fast someone can rise to the top, just like I did, and there is lots of new talent in the 3gun world.”

As a way to de-stress, Lena paints. She said:

”I found out that people can actually be addicted to stress.”

”I realized I didn’t know how to do anything relaxing if I wasn’t shooting or practicing or competing, so I thought I’d give painting a try.”

”Different environmental factors can really change the performance of the firearm, and you have to be on top of it all the time.”

”If you are shooting as good as the gun, and the gun is not shooting good enough…then you might also want to change out the barrel.”

”I enjoy doing maintenance around the house, stuff like that. I’m just a handy-man kind of guy.”

”I’ve got probably 13 gas-powered pieces of equipment on the property.”

When asked by BlogHornady about his favorite handgun set-up, Miculek confessed:

Jerry went on to say:

”If required, my iron sight preference is HiViz Litewave sights.”

Miculek estimates that in his lifetime he has shot more than 2 million rounds of ammunition.

Miculek earned most of his wealth from the tournaments he participated in. He holds more than 15 unsanctioned records with firearms as well as five officially sanctioned world records in revolver shooting.

In addition, Jerry makes money from his sponsors. Some of his sponsors are – Mossberg, Cabelas, Fiocchi, Patriot Cases, and Smith and Wesson. Furthermore, he earns money from ads on his YouTube channel (about $300,000 in revenue) as well as from his reality show. Therefore, Jerry Miculek has an estimated net worth of $2.1 million.