What is Mike Iaconelli’s net worth?

In 2006, Mike was named Toyota Tundra Angler of the Year.

Iaconelli grew up living with his grandparents, his uncle, and his mother.

When he was in high school, Ike competed in fishing tournaments. Outside of his close friends, nobody knew he was into bass fishing.

During an interview, Iaconelli said:

“When you’re 15, from right outside Philadelphia, fishing is not cool.”

Mike went on to say:

“I’d ask my mom for a ride to the lake, and I’d have to make sure none of the chicks from school were around.”

In 1994, he won the North Carolina Top 100 on Lake Norman. In 1999, Mike won the Bassmaster Federation Nationals on the Red River.

In 2000, Ike leaped to the professional ranks. In 2003, Iaconelli qualified for the Bassmaster Classic after a ninth-place victory at the B.A.S.S. Invitational on Lake Ontario.

Later that year, he won the Bassmaster Classic. For his win, he was awarded a $200,000 prize money. 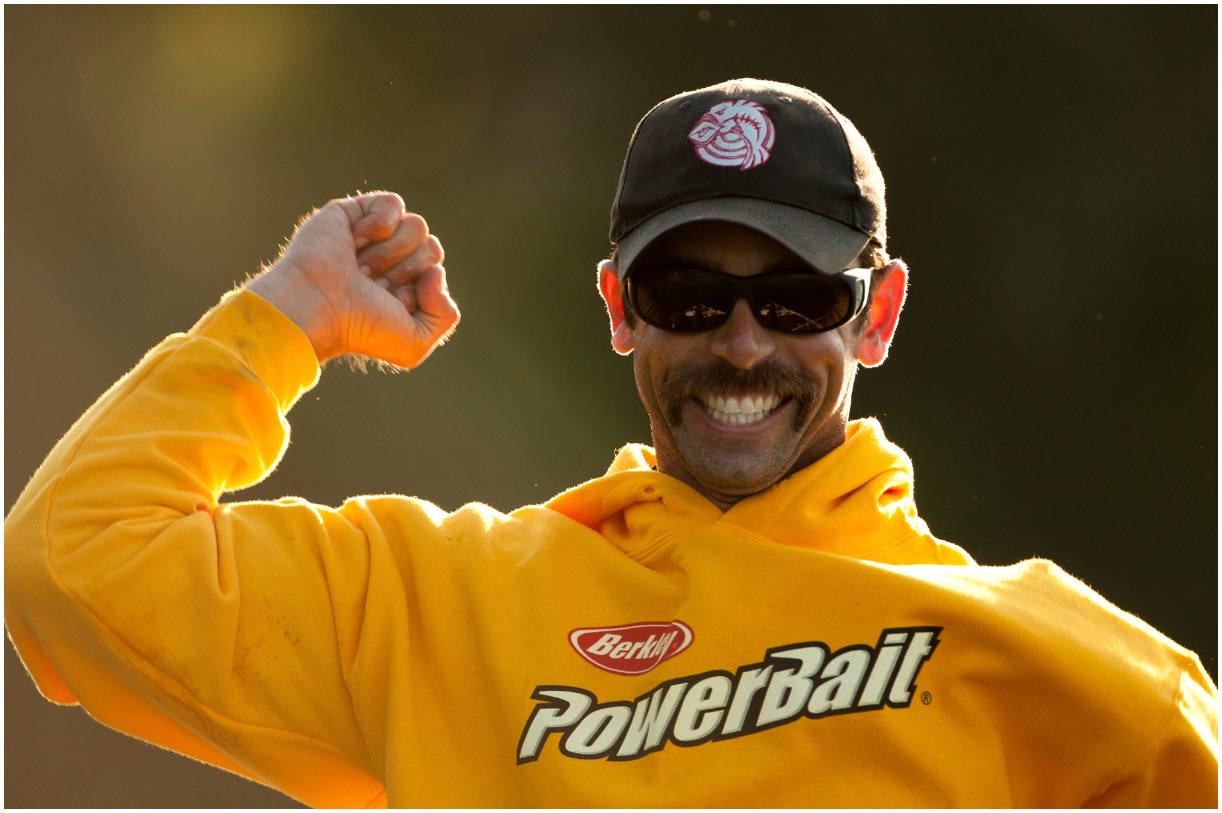 In 2005, Ike recorded five top-ten finishes on the Bassmaster and Elite 50 Tours. In the follow-up year, he had a career-low finish (51st-place) at the Bassmaster Classic on Lake Tohopekaliga.

At the 2011 Bassmaster Classic, he posted an 11th-place finish. In 2014, Ike won the Bassmaster Elites at Delaware River.

In July 2019, he won the BASS Open on James River. After the win, Ike stated:

“This win means as much to me as my first club tournament win, because I’ve come close so many times.”

”This is the sixth B.A.S.S. event on the James River, and I believe this is my fourth Top 12.”

He is a co-host of Ike LIVE podcast and webcast, a comedic venture into the world of bass fishing.

In 2006, Mike published his book titled – ”Fishing on the Edge: He’s Not Your Father’s Fisherman.”

The book is for anyone who wants to turn a hobby into a career or loves the sport of fishing.

Ike started his YouTube channel on September 3, 2010. Currently, the channel has over 107,000 subscribers. 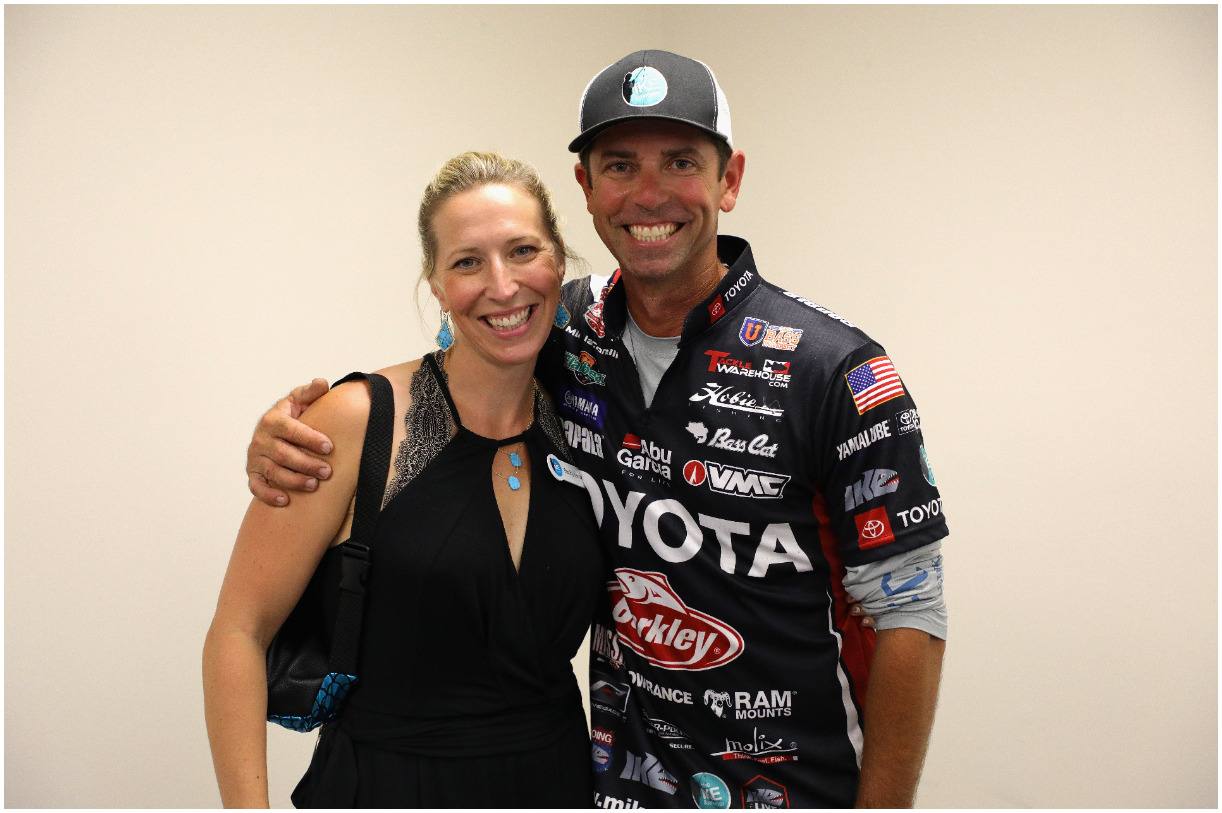 Mike Iaconelli is married to Becky.

In 2003, Iaconelli filed for divorce from Becky. In 2010, the couple renewed their wedding vows.

In 2014, Mike and Becky founded The Ike Foundation. The foundation’s mission is to get more children to spend time outdoors and fish. Their motto is “Together we can Hook ’em Early.”

The couple has four children, named – Estella, Vegas, Rylie, and Drew. During an interview, Mike declared:

“I’ve been there when every child was born.”

“There’s an individual story that goes with each of them and they all have a connection to fishing a tournament and B.A.S.S.”

His son Vegas fished in his first tournament at the age of 8 in a New Jersey BASS Nation Youth Tournament. Vegas said:

“It was tough fishing but I had a really good time. It was awesome to have my mom in the boat with me the whole time.”

”Lake Cigara is an interesting body of water, not at all what I expected.”

”Over the years, I’ve come to realize that the closer you can come to the real thing, the more bites you’re going to get.”

”Confidence is an amazing thing when you go someplace.”

”Growing up in southern New Jersey, I fished anywhere, any way I could.”

Ike and Peter Gluszek founded The Bass University in 2009. It is a bass fishing education organization that is specialized in on-water education, online training, and bass fishing seminars.

In November 2009, he cut off his beard. Later, Iaconelli sold it on eBay with revenue going to a school for autism named the New England Center for Children.

When asked about his favorite treble hooks he uses to arm his hard bait, he responded:

”I love many of the VMC treble hook styles. But if I had to choose one, it would be the short shank 2X treble.”

Mike had his first largemouth bass catch when he was 12 years old.

READ MORE: Who is Owen Cook?

Iaconelli earned most of his wealth from being a professional bass fisherman. He is the only angler to have won B.A.S.S. Nation Championship, Bassmaster Angler of the Year, and the Bassmaster Classic.

Other accomplishments include – the 2006 Toyota Tundra Angler of the Year, the 2003 Bassmaster Classic champion, and the 2017 Major League Fishing Summit Cup Champion. Additionally, Ike has the longest active streak of Bassmaster Classic qualifications with 17 consecutive appearances.

His career tournament winnings with B.A.S.S. are over $2.5 million.

Moreover, he makes money from selling his book as well as his DVD titled ”Fish My City With Mike Iaconelli.”

He was featured in one episode of Greatest Sports Ever.

Therefore, professional bass fisherman Mike Iaconelli has an estimated net worth of 3 million.

READ THIS NEXT: Robert O’Neill Net Worth