David Crosby was an American singer-songwriter who was a founding member of both the Byrds and Crosby, Stills & Nash.

Crosby developed an interest in acting, however, he began a lifelong pursuit of music creation at age 16 when his older brother gave him a guitar.

David briefly studied drama at Santa Barbara City College before dropping out to pursue a career in music.

In 1960, his parents divorced, and his father remarried Betty Andrews Crosby.

In the early ’60s, David formed a band with Gene Clark and Roger McGuinn, however, they didn’t have success until they became The Byrds when Michael Clarke and Chris Hillman came along.

In 1967, Crosby joined Buffalo Springfield on stage at the Monterey Pop Festival, which contributed to his dismissal from the Byrds.

In December 1969, he appeared with CSNY at the Altamont Free Concert, increasing his visibility after performing at Woodstock and Monterey Pop.

In 1971, David released his first solo album, ”If I Could Only Remember My Name,” featuring contributions by Young, Joni Mitchell, Nash, and members of the Grateful Dead, Jefferson Airplane, and Santana.

”My songs emerge from my life, or wherever they do, unbidden and unplanned and completely on a schedule of their own. I can’t legislate a song into being, it just will not happen for me.”

In 1982, after being convicted of a few drugs and weapons offenses (the drug charges were related to possession of cocaine and heroin), David spent 9 months in a Texas state prison.

In 1985, he was arrested for drunken driving, a hit-and-run driving accident, and possession of drug paraphernalia and a concealed pistol. 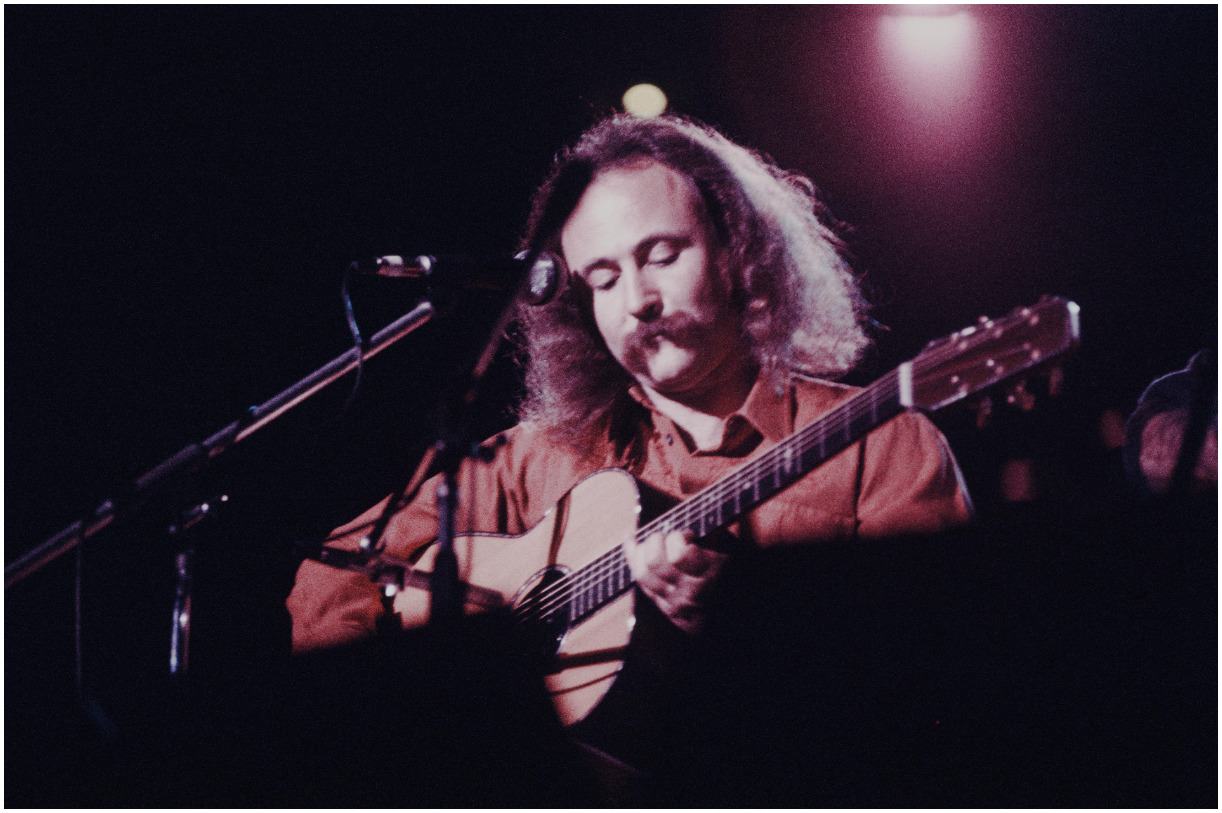 In 1990, David took part, once again, in a short-lived Byrds reunion. This time only with Chris Hillman and Roger McGuinn, recording 4 new songs for the boxed set The Byrds.

In 1994, Crosby lost his L.A. home as a result of massive earthquake damage.

In 1997, he was inducted into the Rock and Roll Hall of Fame (as a member of Crosby Stills & Nash).

In 2006, David, along with Nash, accompanied Pink Floyd guitarist David Gilmour on sessions for his solo album, ”On an Island.”

At a concert in October 2008, David, looking quite thinner than in recent years, announced to the public that he had recently shed 55 pounds as a result of his struggles with type 2 diabetes.

In January 2014, he released his first solo album in two decades, ”Croz,” recorded in close collaboration with his son James Raymond at the latter’s home studio.

In February 2014, at the urging of his healthcare provider, David postponed the final dates of his solo tour in order to undergo an angiogram and a cardiac catheterization, based on the results of a routine cardiac stress test. 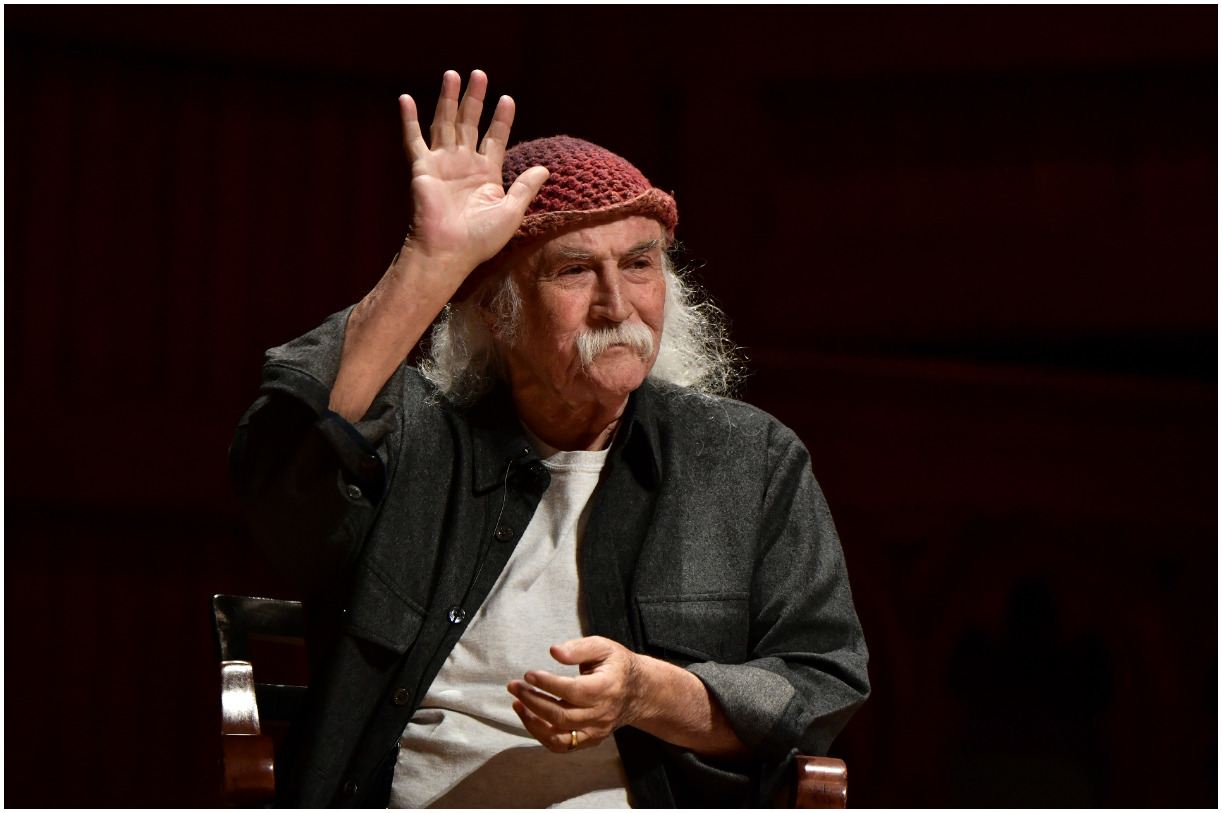 In September 2017, David announced a solo album entitled ”Sky Trails,” again with Raymond, to be released on September 29, 2017, on BMG.

In April 2018, he appeared on NPR’s Live From Here, playing duets with host Chris Thile (an American mandolinist, songwriter, composer, singer, and radio personality, who is best known for his work in the progressive acoustic trio Nickel Creek). 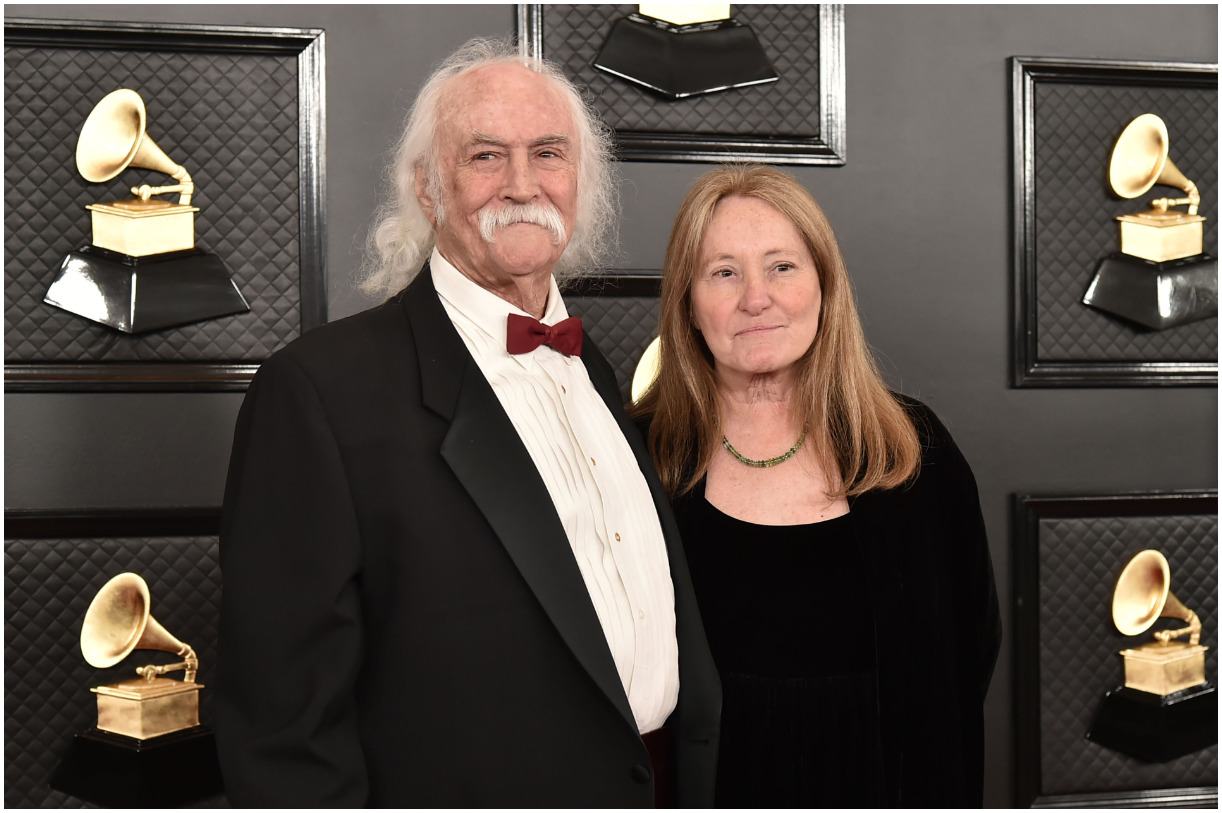 In January 2000, Melissa Etheridge (an American guitarist, singer-songwriter, and activist) announced that David was the biological father of 2 children with her then-partner Julie Cypher by means of artificial insemination.

David has 3 other children:

Moreover, he had a biological son, James Raymond, in 1962, who was placed for adoption and reunited with David as an adult.

“He’s probably the person I write best with. We often write over the internet.”

In a different interview, Crosby said:

“The relationship that’s developed with my son is absolutely uncanny and wonderful.”

READ MORE: What is the net worth of David Phelps?

On January 18, 2023, David Crosby passed away after a long illness.

In 1967, during the Byrds’ appearance at the Monterey Festival, Crosby publicly questioned the report of the Warren Commission covering the Assassination of John F. Kennedy.

He prides himself on making his music a bit mysterious. He explained:

“If I wanna talk to you about that dock, well, the answer is not to write a song saying, ‘Look at the great big dock, it’s made out of wood, don’t you think it’s cool?’ That’s not it.”

”The best songs take you a while to digest. And no two people get exactly the same picture from them, because they ignite a little fire in your imagination.”

David has criticized the presidency of Donald Trump.

He was good friends with Larry Hagman (an American actor who is best known for playing baron J.R. Ewing in the 1980s soap opera Dallas), who also had a liver transplant.

Other famous artists are Huey Mack, TK-N-Cash, and Cari Fletcher. 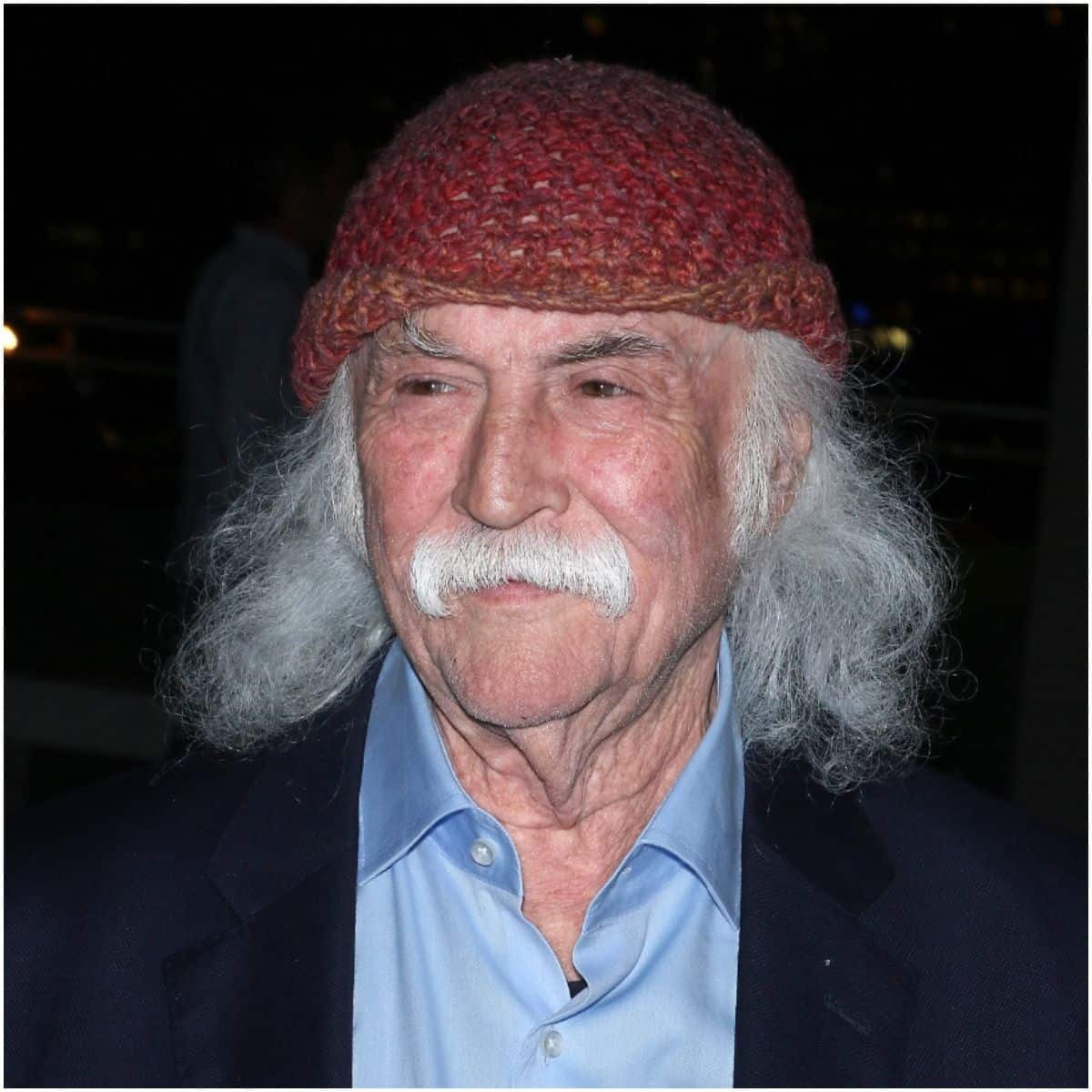 Crosby earned most of his wealth by selling tickets to his concerts, merchandise, sponsors, selling his books (“Since Then: How I Survived Everything and Lived to Tell It” and Long Time Gone: The Autobiography of David Crosby), and selling copies of his albums (Silent Harmony, It’s All Coming Back to Me Now…, Voyage, and King Biscuit Flower Hour).

He even asked $5 million to lend his name to a cannabis brand in 2019.

Therefore, at the time of his death, David Crosby had an estimated net worth of $10 million.

READ THIS NEXT: Who is Tye Tribbett’s wife?