Julia Collin Davison is known as an award-winning chef and author, as well as for her position as an executive editor of America’s Test Kitchen cookbooks.

She’s also a familiar face as a host of America’s Test Kitchen on the PBS Network as well as Cook’s Country.

Julia also contributes to the wildly popular America’s Test Kitchen YouTube channel which has a large subscriber base.

Even with this impressive YouTube following, Julia Collin Davison’s primary source of income is from hosting America’s Test Kitchen as well as the development and sale of the cookbooks that she helps produce.

She developed an interest in cooking from a very young age when her mother introduced her to cooking styles that she enjoyed and took a liking to.

Julia said, “My mom has always been a great from-scratch cook” and she passed her skills along to Julia.

Although her career is in culinary arts now, she studied Philosophy and Psychology in college at Albany – State University of New York.

It wasn’t until her post-secondary education Julia enrolled in the Culinary Institute of America.

While she was studying in culinary school, Davison worked at local food restaurants to supplement her income while gaining skills in culinary arts.

She was originally hired as a test cook to help develop recipes for Cook’s Illustrated magazine while also working at other local restaurants and catering companies in Albany. 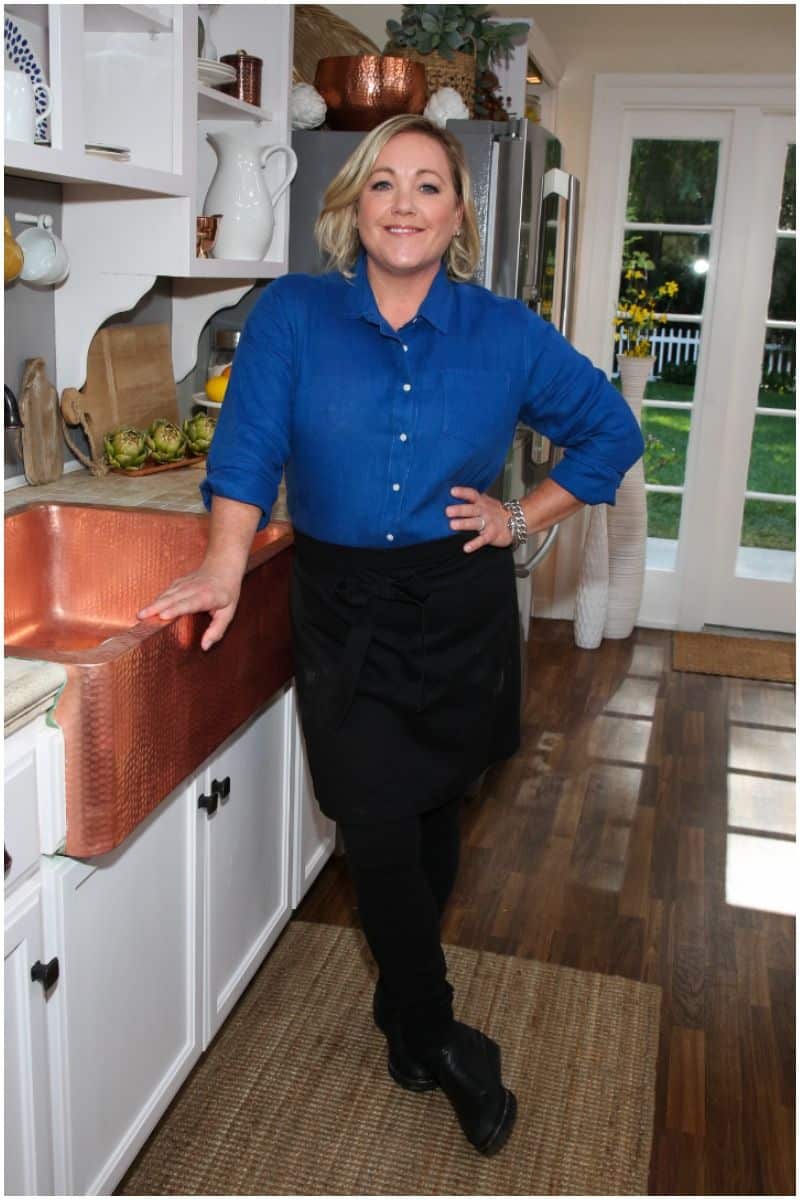 In 2017, Julia and Bridget Lancaster became the hosts of the cooking show America’s Test Kitchen.

Christopher Kimball was the previous host of the cooking show.

The show has an average weekly audience of 2.25 million.

”While the show will retain its successful format, the new co-hosts will bring new energy and excitement,” said David Nussbaum, CEO of America’s Test Kitchen. ”Bridget and Julia have been teaching our television audience how to cook for 16 years.”

During the show, Davison, Bridget, and several chefs test cookware and share their cooking skills and recipes with viewers.

”The process we use for developing a recipe is pretty unique. Recipes can be tested anywhere from 25 to 50 times,” Davison said in June 2019 for Syracuse. She added: ”It usually takes about six to eight weeks to develop one recipe.” 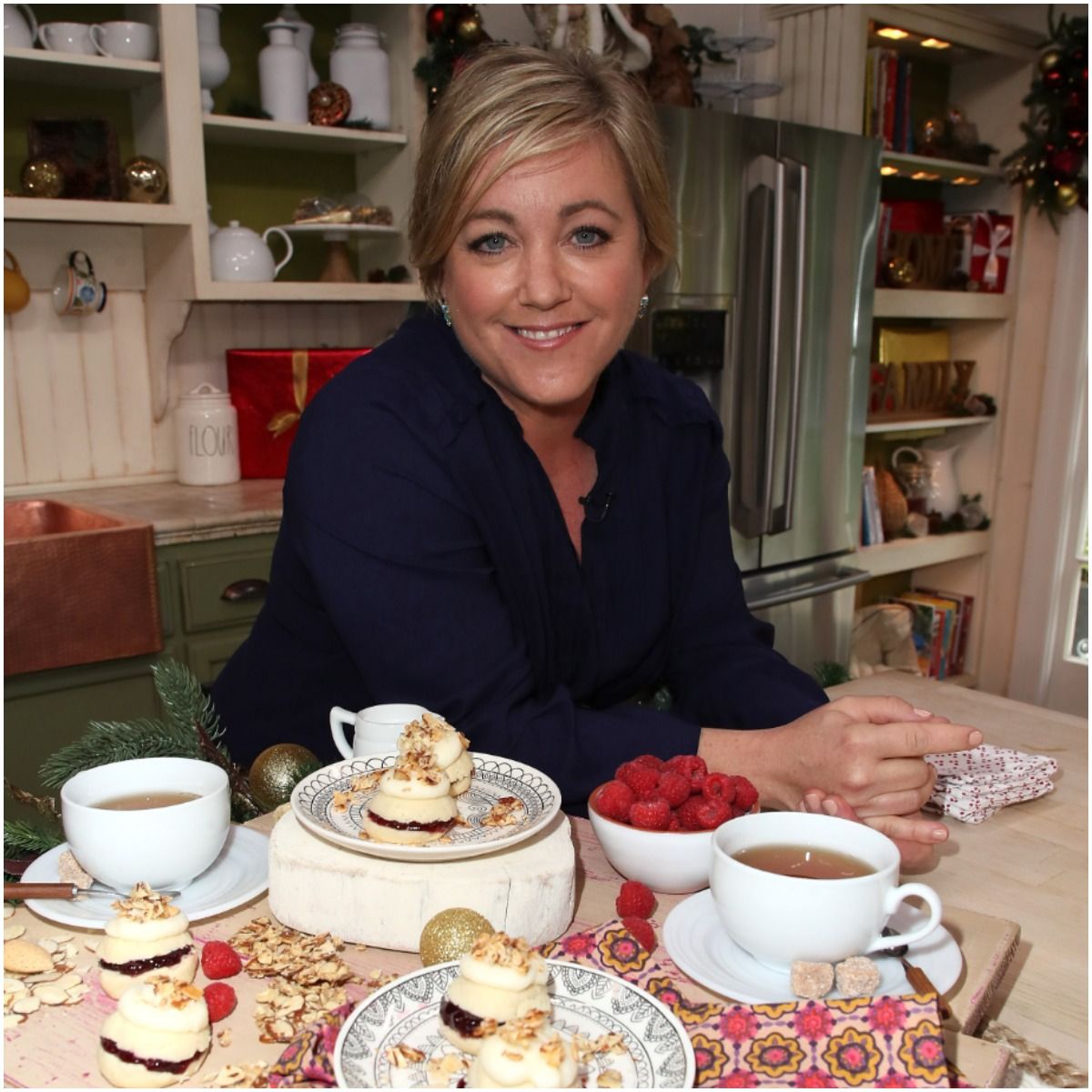 In October 2017, the book ”Cooking at Home With Bridget & Julia” was released. It contains 150 amazing recipes.

In April 2018, Davison, alongside Geoffrey Zakarian, Anne Burrell, Sara Moulton, and Amanda Freitag, received the Augie Award from The Culinary Institute of America at the Ziegfeld Ballroom in NYC.

The America’s Test Kitchen cookbook sells for $22.50 on Amazon and is currently the #1 Best Seller in Television Books, Consumer Guides, and #2 in International Cooking, Food & Wine.

The average monthly sales for 50% of Amazon sellers is up to $25,000 so with this impressive ranking on Amazon for book sales, we can assume that Davison’s book sales on Amazon generate about $10,000-$15,000 per month.

Julia sells her books on other platforms as well which generates additional income, but Amazon is the main source of her book sales.

In researching the amount of money that authors of book sales make for royalties, it is about 5-20% that Julia will make on the sales of her book.

As we mentioned before, Julia is also the editor of America’s Test Kitchen cookbooks in addition to being a contributor, so she will likely earn an additional salary on top of the royalties that she makes from sales.

Assuming that Julia is in the top 10% of salary for editors since she is well known in her industry, she will earn an additional $110,000 per year for her position as an editor for America’s Test Kitchen cookbooks.

Julia Collin Davison is also a member of the Cook’s Country program that has been running on PBS since 2008.

This TV show is highly rated, as it boasts an 8.6/10 score on IMDB which will add to the earnings that this program already generates. The show is continuing to gain popularity amongst food connoisseurs.

She also started a new program called Julia at Home and she generates additional revenue for the viewership that this program attracts.

The production of a single episode on takes about one day which is impressive for a show that requires this much filming and production quality.

When asked about this, Julia said “We film one episode, from start to finish, in one day. I cook and prep everything myself right in the little galley kitchen you see on screen.”

Julia is also a contributor to America’s Test Kitchen website where she writes blogs and content for the viewers of the program and visitors to the website.

Her blogs incorporate affiliate links from her sponsors.

Some of her sponsors include John Boos, OXO, J.A. Henckels, Messermeister, and Nordic Ware.

Her sponsors are all manufacturers of cooking equipment and materials, which Julia markets to her viewers.

Some of the products that Julia takes affiliate commissions for are fryers, pressure cookers, frying pans, colanders, kitchen shears, and food storage containers.

YouTube does provide Julia with a stable source of income due to the viewership and subscriber count that America’s Test Kitchen YouTube channel has.

Since there are production costs for the channel and overhead that the company pays for facilities, we can assume that Julia will get approximately 10% of the income from the channel.

However, Julia has not been with America’s Test Kitchen since its inception, so her YouTube income has not been linear but will have increased since her rise in popularity in recent years.

Davison is also a regular guest on other popular YouTube channels outside of America’s Test Kitchen.

She has been featured on YouTube channels for CBS, The Culinary Institute of America, Live with Kelly and Ryan, The Hallmark Channel, and more.

For these guest appearances, we can assume that Julia will earn anywhere from $10,000-$50,000 depending on the viewership of the program that she is on.

Therefore, Julia Collin Davison has an estimated net worth of $1.5 million.

READ THIS NEXT: Who is Jenna Marbles?