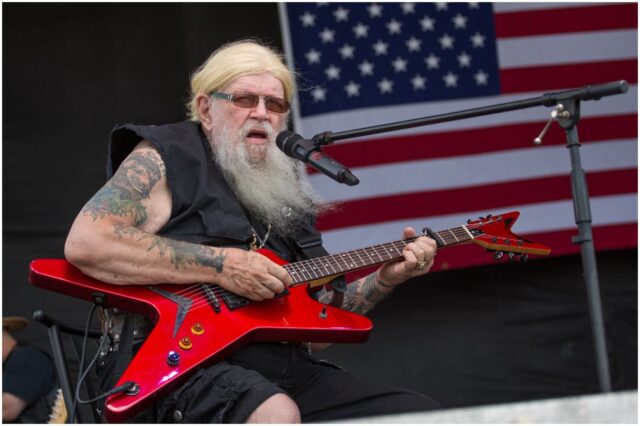 What is David Allan Coe’s net worth?

David Allan Coe is an American country singer who released an explicit album called Nothing Sacred and Underground Album. Coe is best known for singles such as The Ride, Take This Job and Shove It, and Mona Lisa Lost her Smile.

His vocal style is described as a “throaty baritone,” while his musical style derives from country, rock, and blues music traditions.

At the age of 9, David was sent to a reform school in Albion, Michigan.

During an interview, Allan recalled:

”It was like the rich people taking their kids and dropping them off at camp or military school.”

At the age of 20, David began a series of prison terms in the Ohio State Penitentiary.

After getting out of prison in 1967, he moved to Nashville to pursue his country music career.

David claims he received encouragement to begin writing songs from an American singer-songwriter, Screamin’ Jay Hawkins, with whom he had spent time in prison.

In 1970, Coe released his debut album, named – ”Penitentiary Blues.” The album was released on SSS International Records, a country music record label of the 1960s and 1970s that was managed by American record producer Shelby Singleton.

The album was described as “voodoo blues” and “redneck music” by Allmusic’s Thom Jurek.

In October 1971, Coe signed as an exclusive writer with Windows Publishing Company, Inc. in Nashville.

In 1974, he released an album titled – ”The Mysterious Rhinestone Cowboy” on Columbia Records.

His first big success in country music came in 1974 as the songwriter for American country music artist Tanya Tucker’s #1 hit, named – “Would You Lay Me Down (In A Field Of Stone).”

Allan recorded his own version of the song in 1975.

In the same year, he was featured in the documentary film Heartworn Highways, which was directed by James Szalapski. Some of the film’s featured performers are:

During the 1980s, two of his singles reached the top 10 of the Billboard Hot Country Singles chart. These singles were:

In 2000, Allan toured as the opening act for American singer-songwriter Kid Rock.

In 2003, David wrote a song for Kid Rock named – “Single Father.” The song peaked at number 50 on the Billboard Country Singles chart.

In March 2013, he was involved in an auto accident when his SUV was struck by a tractor-trailer truck. The singer suffered bruised kidneys and cracked ribs. He spent several weeks in the hospital.

According to reports, the truck’s driver, Robert Johnson, and his passenger, Lisa Meade, were also injured.

David told an officer at the hospital that he could not remember anything prior to the crash.

According to federal prosecutors, Allan earned income from touring from 2008 through 2013, however, he didn’t file his income tax or pay taxes.

The singer performs around 100 concerts a year and is usually paid in cash for each show.

In 2015, he pleaded guilty to impeding and obstructing the administration of tax laws.

“Mr. Coe chose to impede and obstruct the due administration of the IRS in an effort to brush aside his duty to file and pay taxes and is now a convicted felon.”

His son, Tyler, played in Coe’s band for many years, beginning when he was just 15 years old.

“He’s one of the industry’s true outcasts (not just an ‘outlaw’) and, by default, I’ve inherited that relationship with the country music institutions in this city.”

In 2002, David released an audio version of an autobiographical book called – ”Whoopsy Daisy.”

”One thing is certain. You can’t shake hands with a fist.”

”I’ve written songs about things that nobody else has ever written about.”

”I never really got into Country music until after I went to Nashville.”

”If there ever was a poet for the working class Billy Joe Shaver and Merle Haggard would be my nomination.”

”It is not the beauty of a building you should look at; it’s the construction of the foundation that will stand the test of time.”

Allan has performed in a rhinestone suit and a mask (calling himself the Mysterious Rhinestone Cowboy) which resembled that of the Lone Ranger.

His favorite singer as a child was Johnny Ace, an American rhythm-and-blues singer who had a string of hit singles in the mid-1950s.

Coe earned most of his wealth from music.

His best songs are You Never Even Called Me by My Name, Longhaired Redneck, Take This Job and Shove It, She Used to Love Me a Lot, The Ride, and Mona Lisa Lost Her Smile.

Some of his albums are Sings Merle Haggard, Standing Too Close To The Flame, and more.

Therefore, American singer-songwriter David Allan Coe has an estimated net worth of $2 million.

READ THIS NEXT: Biography of Porter Wagoner