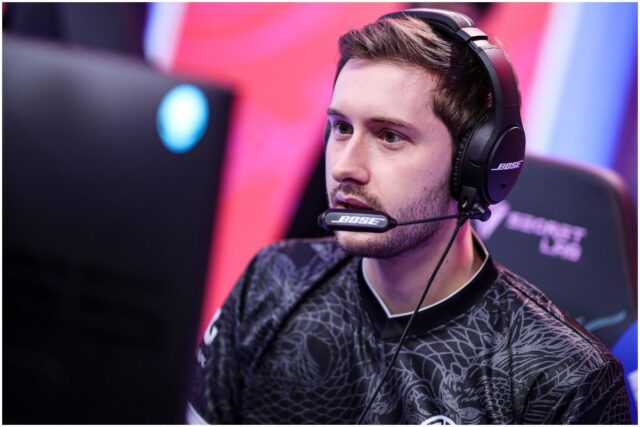 Trevor “Quickshot” Henry,  an esports Gaming Commentator for Riot Games, said about Bjerg: ”He is probably the best player in the world. I’d probably rank Bjergsen above Faker (a South Korean professional LoL player) in terms of being a better overall player.”

He was born on February 21, 1996, in Denmark. Søren grew up alongside his two brothers.

In 2013, he became a member of Copenhagen Wolves (a professional esports organization that had players competing in – LoL, Hearthstone, and Counter-Strike: Global Offensive) in the European League of Legends Championship Series, the top level of professional LoL in North America.

During an interview, Søren said: ”The first moment I realized I was good enough to become pro was back in 2012 or 2013, when I was playing on the Eastern server in Europe.”

Later, Copenhagen Wolves was acquired by and re-branded as Ninjas in Pyjamas. NiP is a professional esports organization that is based in Sweden. Ninjas in Pyjamas are best known for their Counter-Strike teams.

On November 2, 2013, he left Ninjas in Pyjamas to move to North America and join Team SoloMid as their mid laner.

”It wasn’t really a [hard] decision to go to Team SoloMid. They’re just such a big org,” Bjerg said. He added: ”They were able to support me in every way they needed. They had a nice gaming house, which was a big plus for me.”

In 2014, Bjerg competed in the  Season World Championship. In the same year, he helped TSM to win the Summer Split of the NA LCS.

After about 12 months of play, Søren had established himself as the best player in the NA LCS.

In the same year, Team SoloMid won the Spring North American League of Legends Championship Series. Søren won the Most Valuable Player Award after the tournament.

In 2017, Team SoloMid had to choose between Doublelift and Bjerg regarding their future plans. TSM chose Søren.

Later, Doublelift declared: ”I want to absolutely demolish Team SoloMid’s legacy and make sure they regret the decision.”

In October 2019, he inked a two-year extension with Team SoloMid. In addition, Søren will become part-owner of the team. Reginald said in the press release: ”It was essential for us to re-sign Bjergsen.”

”The big reason I decided to re-sign with TSM has always been my relationship with Reggie and kind of always being on the same page and having really similar goals,” Bjergsen said.

In October 2020, TSM was eliminated from the LoL World Championship 2020 (0-6) in the group stage. Bjerg later tweeted: ”Embarrassing…”

At the end of October 2020, Søren announced his retirement from competitive play. Also, he becomes TSM’s head coach.

In November 2021, he joined Team Liquid.

At the time of writing, his channel has over 536k subscribers and more than 68 million views.

There is not much information regarding Bjergsen’s girlfriend.

In June 2013, he wrote on Facebook: ”My girlfriend has recently started a series where she reads the lore of League of Legends champions.”

Recently, there have been some reports that Bjergsen is dating Pokimane.

”Always forget to remind myself to slow down.”

”There is a lot of pressure, but not from TSM, the players, or management itself.”

”If you’re not in the LCS, I don’t think you should quit school.”

Søren has been named MVP of the NALCS four times.

He is one of two players to record a pentakill (killing all five enemy champions in one battle) in both the NA and EU LCS, along with Zven, the bot laner for Team SoloMid.

On January 23, 2014, Riot Games (the company that developed LoL) announced that Søren violated the LCS rules by approaching a contracted LCS player to leave his position at  Swedish e-Sports organization Lemondogs. Søren admitted the violation and was fined $2,000.

Bjerg earned most of his wealth from being a professional League of Legends player.

Søren is considered one of the best Western professional players to have ever played LoL, leading Team SoloMid to five NA LCS titles. Bjerg is part owner of Team Solo Mid.

Therefore, professional gamer Bjergsen has an estimated net worth of $5 million.

READ THIS NEXT: Is Nate Bargatze married?