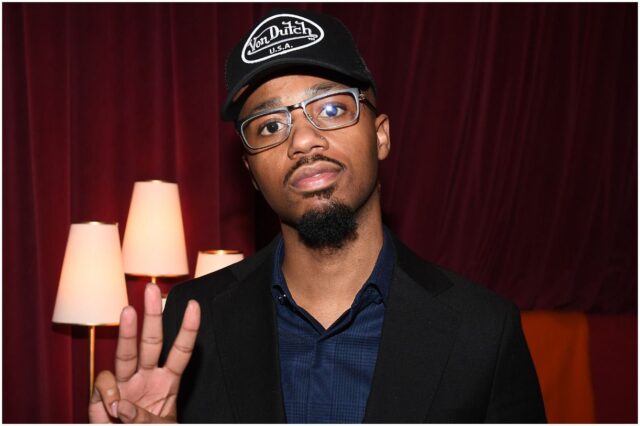 What is Metro Boomin’s net worth?

Boomin was born on September 16, 1993, in St. Louis, Missouri. Leland is the son of Lamont Wayne and Leslie Wayne. He grew up along with his four siblings.

His parents split when he was in 3rd grade. Following this, Wayne was raised by his mother.

He studied at Parkway North High School. When Leland was 13 years old and in 7th grade, his mother bought him a laptop. Soon after, Metro acquired a copy of the music production software ‘FruityLoops’ and started creating beats on his computer.

In 2012, after moving to Atalanta, he was accepted to Morehouse College. But as an 18-year-old freshman, he was met with an extremely difficult decision. Leland explained:

“Every day, I would leave class, and go to the studio with either Future or Gucci [Mane] exclusively.”

”I knew I had to make a choice, rather than slacking in both these areas. I called my mom in the back of the studio and told her I wanted to take a semester off.”

At first, Wayne wanted to rap, however, he knew that he needed beats first. But, he wasn’t in a position to buy any; therefore, he decided to make his own.

“I really couldn’t buy any beats, so I just started trying to make my own. I just figured so many people wanted to rap, so I had to choose some other shit.”

In 2013, Metro released his first mixtape, 19 & Boomin, featuring Gucci Mane, Future (an artist that he continues to collaborate with to this day), and others.

One of the first artists with whom Leland worked was Bricksquad Monopoly rapper Tay Don which then led him to collaborate with OJ Da Juiceman (founder of vanity label 32 Entertainment).

In March 2014, Young Thug and Wayne announced that they would release a collaborative album, performed and released under the moniker “Metro Thuggin.”

In October 2014, he produced Future’s Monster mixtape. This spawned the first appearance of the hit single ”Fuck Up Some Commas.”

In 2017, Metro Boomin released two studio albums and a mixtape of his own. The albums were titled ‘Without Warning’ and ‘Double or Nothing,’ and the mixtape was titled ‘Perfect Timing.’ ‘

In 2017, his song ‘Both’ by Gucci Mane, featuring Drake, reached number 11 on the Billboard US Hot Rap chart. This song was certified “platinum” by the RIAA.

In January 2018, Leland was featured in a Gap campaign with SZA alongside a self-produced remix of Hold Me Now.

Leland produced ”Heartless,” The Weeknd’s fourth Billboard Hot 100 number one, with Dre Moon and Illangelo in 2019.

The couple has been dating from way back in their high school days.

Chelsea used to be a Viner and also used to own a fashion website that is now inactive.

In 2017, Forbes called Metro “easily one of the most in-demand hitmakers in the world.”

His car collection includes a Bentley Bentayga (average value of $200,000), Lamborghini, and many more.

OJ Da Juiceman was the first recording artist to rap over Metro’s beats.

During high school at Parkway North in Creve Coeur, his mother would often drive him for about nine hours from St. Louis to Atlanta to collaborate with numerous artists he met online.

In April 2018, he announced on Instagram his retirement from rap. In the post, Metro is photographed with two bags of chips on his lap, seemingly on a private jet. The caption reads:

Before this, Metro tweeted a series of complaints against Atlantic Records, later confirming that his tweets were ”directed” at Mike Caren and the APG division, who deals directly with songwriters and producers.

“It is just so demeaning to take advantage of hungry artists/ producers/ writers who put their whole life into their music just 4 u to rob them.”

A week later, Gucci Mane stated that he has pulled Metro out of said retirement. Gucci posted on Instagram:

“gave @metroboomin a million cash to come out of retirement for 1 day.”

In a recent interview, producer Southside explained that he and Metro have formed a new production duo called So Icey Boyz.

Leland earns most of his income from selling copies of his albums (Savage Mode II, Double or Nothing, and Without Warning) and advertisements on his YouTube channel.

Therefore, American record producer Metro Boomin has an estimated net worth of $9 million.

READ THIS NEXT: Who is Bart Millard?