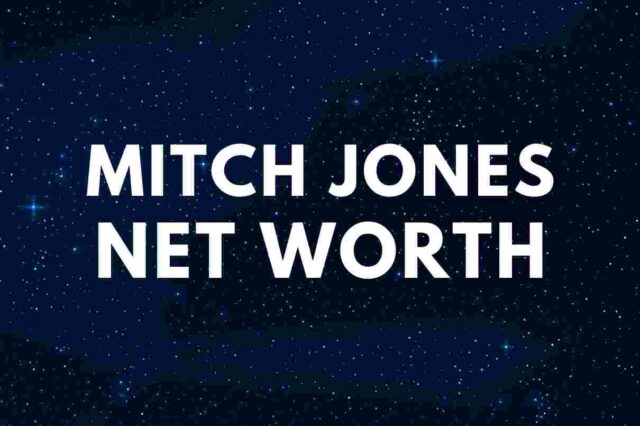 Mitch Jones is a Twitch streamer best known for his outspoken and opinionated gameplay and commentary on World of Warcraft.

The outgoing gamer that has been accused of trolling his opponents obsessively took his gameplay to the next level by amassing a Twitch following of more than half a million users.

When Mitch Jones isn’t inflicting a world of hurt on his WoW opponents—and sharing it on Twitch and YouTube for his following to see—he also writes and records rap music.

He comes from a close-knit family, which is clear given how often he talks about his family and his move back to Maryland from Texas in 2018.

Mitch made the move home due to the fact his mom’s health was rapidly deteriorating.

He spoke openly about the fact that when he got back to Maryland, his mom weighed just 99 lbs (44 kg) and was in the worst health of her life.

The focus for young Jones at that point was to take care of his mom and help her face her health issues.

He also saw it as an ideal time to focus on his own health and wellbeing, saying that he had always been anxious and stressed while living across the country from his family.

Although he was known in the past to be a variety streamer, he now focuses predominantly on his forte—World of Warcraft. And Mitch had a lot of game time already under his belt when he hit the big time on Twitch.

Known as one of the most skilled mages in the MMORPG that was released by Blizzard Entertainment in the early 2000s, Mitch has earned most of his following thanks to an aggressive play style and an entertaining commentary.

Fans love the opinionated goofball for his sincerity and his brutal honesty.

In mid-2020, Jones saw a massive jump in his popularity, thanks to renewed public interest in World of Warcraft, and a turn towards the PvP style of gameplay. Because Mitch is a dedicated PvP player, his content is helpful to fellow gamers.

Around that time, the World of Warcraft community also lost one of its biggest advocates—Reckful.

The Tel Aviv-born gamer, who placed in the top 0.1% of all World of Warcraft players, and was the first player in the world to achieve a 3000 rating in the game.

He was also the winner of Major League Gaming’s WoW tournament in 2010.

Reckful—real name Byron Daniel Bernstein—took his own life in July of 2020, and his millions of fans and followers began looking for other gamers to fill the void Reckful had left.

Not All Smooth Sailing

Mitch Jones hasn’t always made things easy on himself.

In June of 2020 Twitch hit him with a 7-day ban for breaching the platform’s rules—namely, for using his phone while he was driving.

The gamer, who was running a livestream while driving his car, was booted for a week, and issued an apology on Twitter.

Jones was banned from Twitch again in September of that same year—this time for a full 30 days.

The second time, the ban related to some DM drama in which a user provided proof that Jones had used a racial slur. He took to Twitter to keep his fans in the loop, but many pointed out that he hadn’t actually apologized for the behavior.

Following two comments on Twitter—one public acknowledgment where Jones said, “I love you all and I am going to do better,” and one reply where he said, “I legit just need to take a step back and build something better”—fans were quick to call him on his blatant omission.

Since the ban was lifted, many followers have noticed that Mitch Jones’ channel has had a much more positive comments section and that the gamer himself has been in a much better headspace.

Perhaps that really was what he had in mind when he said he was going to do better!

In 2019, Jones alongside KBubblez, DKane, Pink Sparkles, and WoW streamer Asmongold were evicted from their Austin streamer house.

Jones earned most of his wealth from streaming on Twitch and ads on his YouTube channel.

On Twitch, Mitch has over 591k followers, while on YouTube, he has about 13 million views meaning about $40k in revenue.

Therefore, Twitch streamer Mitch Jones has an estimated net worth of $200,000.

Want to see what all the fuss is about? Check out Mitch Jones’ Twitch highlights here.

READ THIS NEXT: Who is Trainwreckstv?