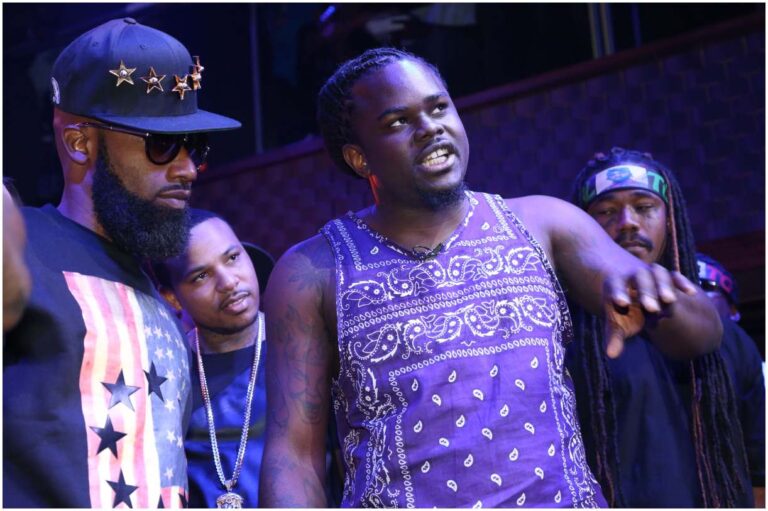 Arsonal Da Rebel (real name – Darrell Jones Jr.), self-described “#1 Most Viewed Battle Rapper In America,” is one of the most viewed battle rappers. Battle rap is a type of rapping which includes insults, bragging, and boasting content.

He rose to stardom in the battle rap world by starting off in the leagues Smack/URL and Grind Time. In 2002, at age 16, Darrell began his music career, appearing on BET’s 106 & Park.

After his appearance on BET Awards (that celebrate African Americans and other American minorities in acting, music, sports, and other fields of entertainment over the past year), he declared:

“I was the first battle rapper to perform on the BET Awards because I opened the show.”

”BET never did that before, but to then be invited to Snoop’s home and MTV’s “Wild N’ Out” with him was a blessing.”

His punchy style of rapping earned the New Jersey MC the nickname, “Mr. Disrespectful.” During an interview, he said:

”It’s a lot of people who just do the battles for money. They might be in a certain fucked up position in life at the time and be like ‘I need a couple stacks, I’ma do it.’ They don’t care about what they write.”

”They don’t care about how much they prepare. Me, I take every battle, even if I got fifteen days — there’s been battles where I’ve only had fifteen days to prepare, two weeks exactly, and I gave that shit my all.”

He retired from battle rap in 2018. Since announcing the news of his retirement from battle rap, fans across the globe have left comments on his social media platforms asking him to continue battling. He quoted:

”I released the albums to show my fans that this is more of a transition than anything else. I’m retiring from battle rap and putting my music in the spotlight.”

“Last year I said to all my fans I was going to retire this year. After August, I’m only putting out my music and focusing on that.”

Darrell went on to make music, including the project VIBES n FINALLY.

In 2018, Arsonal and Fetty Wap (a multi-platinum selling artist) have teamed up to bring the recently released “New Jersey Drive” single. The combination of the artists together fits harmoniously and is perhaps Arsonal’s best song delivered since Eastside Westside with R&B sensation Sammie and Snoop Dogg.

There is no information regarding Arsonal Da Rebel’s romantic life.

He has a daughter, named Kiley Rebel.

When asked with which mainstream rapper he would like to battle, he responded:

”If I had to pick one it would be Eminem. Just because he really comes from that background. I wouldn’t want to take on somebody else that really don’t know how to do this ####.”

His general slogan is just “HPWT,” and that stands for “Haters Pivot Winners Travel.”

When asked about his crew, he said:

”I’m not associated with no crew. It’s every man for himself in this industry, but some of my comrades that I rock out with from the city are O-Red and Shotgun Suge.”

Darrell has competed in major battle leagues like URL and KOTD.

He currently has 64 battles cataloged and 76 million views.

His success has garnered the attention of majorly successful artists, including:

READ MORE: Kirstin Maldonado on How Pentatonix Skyrocketed to Fame

He said about its collaboration with Snoop Dogg:

“Snoop Dogg was my favorite artist growing up, me working with Snoop was one of the biggest accomplishments of my career.”

”Then to have him bring me to the first ever BET Awards live cypher, that’s surreal.”

Moreover, Da Rebel has additionally collaborated with the likes of Young Noble and Hussein Fatal (an American rapper and member of the hip hop group Outlawz. He died in 2015).

Da Rebel earned most of his wealth by battle rapping. He has at least 64 battles. How much he earned during those battles was not released to the public, but, battle rappers usually participate at sponsored events where they spar in one-on-one prizefights. According to reports, they receive money – occasionally $3,000 to $4,000 – just to show up.

Moreover, Da Rebel is the co-owner of the UW Battle League, later named the U Dubb Network. Also, he has a YouTube channel on which he has advertisements. Lastly, he sells t-shirts and hoods on his website – arsonaldarebel.com/store. Therefore, Arsonal Da Rebel has an estimated net worth of $0.2 million.

READ THIS NEXT: TK-N-Cash | Biography