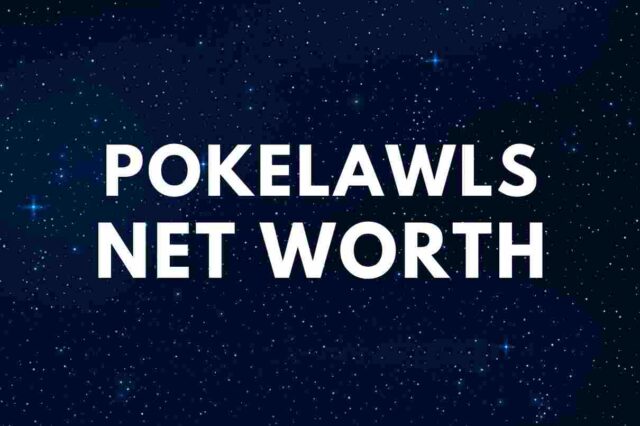 Pokelawls—also known as Poke and Bill Dipperly—is a Twitch streamer with a following of almost 1 million avid gamers.

Known as a variety streamer because of the variety of content he delivers on Twitch and YouTube, he rose to fame in the esports community thanks to Overwatch.

He leveraged the game’s Genji character to play in the first-ever Overwatch World Cup—representing team Canada alongside Lane ‘Surefour’ Roberts.

The young and notoriously private Pokelawls has been up to a lot, both in front of the camera and behind it.

Here’s what we were able to dig up about the young Canadian gamer.

Georgie “Pokelawls” Karam was born in Toronto, Canada, on September 22, 1992.

Karam has two sisters and is from a close-knit family, who have been very supportive of his esports goals—especially his mom, who appears in several of his Twitch streams.

Not a lot is known about Georgie Karam’s education, although a lot of fans have speculated that he didn’t graduate from high school.

This rumor stems from the fact that when Pokelawls attempted to become a Twitch partner in 2018, he was notified that he needed to hold a high school diploma to qualify.

“Can’t believe you need a high school diploma to be a twitch partner, just got the email. Damb.”

Pokelawls has been dating his girlfriend Gigi—a fellow Twitch streamer—since 2019.

The pair do regular collaborations and often feature in each other’s streams and Twitter feeds.

Pokelawls may be a well-known name to Overwatch gamers around the world now, but he’s been at this since 2011.

He’s been consistent as a player, focusing on strong gameplay, clear communication, and high-intensity gaming.

Known for his quick sense of humor and infectious laugh, Poke’s fan base has grown consistently over the years.

On June 5, 2010, he launched his Twitch channel, but he didn’t start using it seriously until the end of 2011—when he started streaming regular content.

Early on, he played League of Legends, but found his footing—and niche market—in Overwatch.

Despite having posted his first video to YouTube in 2006, Poke didn’t actually start sharing consistent content on the video streaming platform until the end of 2013.

As an esports pro gamer, it’s probably a career goal to be signed to a professional esports organization.

That’s exactly what happened to Pokelawls, when he signed with Andy Dinh’s Team SoloMid (TSM) as an Overwatch player.

The organization, which had been on a hiring spree—picking up chess legend Hikaru Nakamura and gamer GreedGodX—signed Pokelawls as a content creator/streamer.

Signing with a US esports organization has an added benefit for Georgie, too.

Being employed by a US registered company helps him to secure a visa to return to the United States. ”Being a part of @TSM will only be great for me and them,” Karam tweeted in September 2020. ”I will be getting my VISA and return to Austin again!”

Karam earned most of his wealth from streaming on Twitch, selling merch, and ads on YouTube.

On Twitch, Georgie makes money from sponsors, ads, donations from viewers, and subs. Karam has more than 6k subs, meaning about $15k in revenue per month.

On YouTube, Karam has over 54 million views, meaning about $150k in revenue.

Therefore, Twitch streamer Pokelawls has an estimated net worth of $400,000.

Want to get to know the good-humored gamer? Check out his Twitch stream here.

READ THIS NEXT: Who is Thomas Petrou?