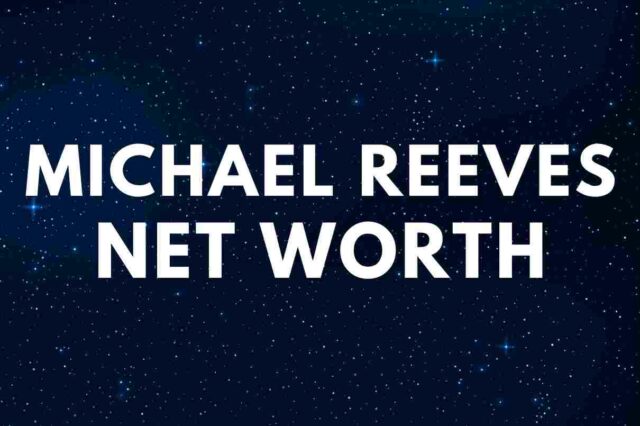 Michael Reeves is an American-born YouTuber and Twitch streamer who is most well-known for his antics as an off-the-wall comedian, inventor, and engineer.

In another life, Reeves was a sought-after software developer, but in this life, he’s making a name for himself in a different light: as an eccentric tech guru with a unique persona and crazy creations like a Trigger Me Elmo and a robot that picks tomatoes out of your salad.

Michael Reeves was born on Maui in Hawaii on November 20th, 1997.

His father is an American, and his mom is Filipina.

Reeves may be an exceptionally gifted human being now, but he struggled in high school.

He had a hard time academically, and figured out that he was going to need to come up with some kind of skills so he wouldn’t “starve.”

That skill, as it turned out, was coding.

While Michael’s grades didn’t improve, he did make enough of an impression that he was accepted to the University of Hawaii at Manoa.

He studied a Bachelor of Science (B.S.) Computer Science, and went to work for the Hawaiian government as a software contractor.

From Developer To Inventor

Reeves worked as a full-stack developer, primarily focusing on .Net-based applications. He became an expert at fixing challenging issues across a range of problem areas, and worked in both head developer and solo programming roles.

In October of 2016, he entered into an equal majority shareholding partnership with 2 others to found INFIBIT LLC.

At INFIBIT, Reeves works in client acquisitions, software development, and IT, and the company provides small to medium-sized businesses with website creation and support.

In his own words, Reeves says of his move to social media content creator:

“…somewhere along the way it just all went wrong, and now I make YouTube videos on the internet for kids.”

Throughout his early career, Reeves was always a passionate creator, so when he posted one of his creations to YouTube, it was a natural progression.

The video, titled The Robot That Shines a Laser in your Eye was posted in early 2017, and it went viral.

Finding His Footing As A YouTuber

Since that first YouTube video was seen across the world, Reeves has made a name for himself by posting entertaining, witty, complex—and technically jaw-dropping—projects on the social media streaming platform.

By the end of July 2021, he had 6.28 million subscribers and a breathtaking 315 million video views.

As an avid gamer, he eventually branched out into Twitch streaming.

In June 2020, he leveraged his YouTube fame by streaming his gameplay, gaming commentary, and more of his tech-savvy designs on the gamers’ platform to his loyal following.

It worked—his Twitch channel gained over 1.2 million followers in under 6 months.

Putting The Social In Social Media

In 2019, Reeves made another move that helped propel his already astronomical social media career—he joined a collab squad.

OfflineTV was founded by William “Scarra” Li and Chris Chan in 2017, and eventually expanded to include Based Yoona, Pokimane, LilyPichu, Yvonnie, and Reeves.

Workplace romances can happen anywhere—and it happened to Reeves, too.

In February of 2020, Lily Ki—AKA LilyPichu of OfflineTV—announced that she was in a relationship with another of her OfflineTV members.

She and Reeves share a passion for gaming, with Ki having her own Twitch channel and almost 2.7 million subscribers on YouTube.

LilyPichu’s channel is primarily devoted to animation, piano covers, songs, sharing her art, and vlogging. She was also featured in a League of Legends ad by Riot Games, alongside fellow OfflineTV member, sleightlymusical.

The couple also share a birthday—November 20th—although Ki is older than Reeves.

To celebrate their shared birthday in 2020, the loved-up couple shared a recording of their livestream on Lily’s channel.

Many of their friends joined them in their cyber celebration, which was followed by a casual couple’s vlog.

Reeves earned most of his wealth from streaming on Twitch, donations on Patreon, and ads on YouTube.

On YouTube, Michael has over 315 million views, meaning about $1 million in revenue before taxes.

Therefore, Twitch streamer and YouTuber Michael Reeves has an estimated net worth of $1 million.

Michael Reeves is a unique content creator with a lot to offer. Check out how he programs the world’s only “Screaming Roomba” here—it’s got 20 million views!

READ THIS NEXT: Who is Marty Lagina?