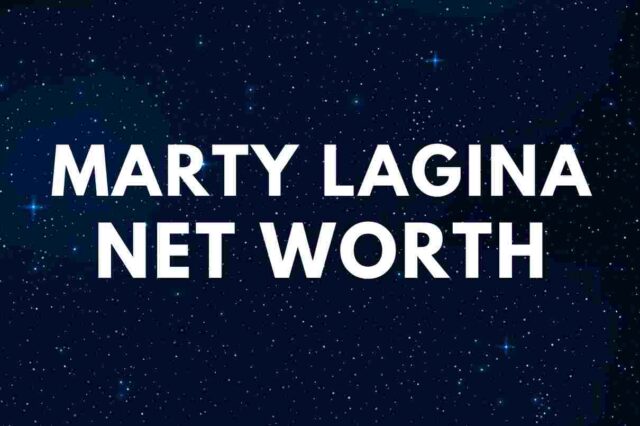 Marty and Rick Lagina are famous for one thing: being the Oak Island Treasure Hunters.

As stars of The Curse of Oak Island on the History Channel, the brothers—and close friends and family—invest major time and money in finding historical artefacts and rumored treasure on the island of Nova Scotia.

The treasure hunting series, which premiered in Canada in 2014, shows no signs of slowing down—and neither do its stars. Here’s what we know about the younger Lagina brother.

Marty Lagina was born on August 26th, 1955, in Kingsford, Michigan. He’s spent almost his whole life in his home state.

He graduated with honors in mid-1977, also bidding farewell to his frat brothers at Tau Beta Pi and Pi Tau Sigma after four years together. He went to work as a petroleum engineer with Amoco after graduation.

Marty wasn’t done with his studies yet, though.

He went on to the University of Michigan, graduating with a Juris Doctorate in law in 1982, while he continued to work in oil and gas exploration.

After graduating from law school, Marty had another challenge in mind. He founded Terra Energy—which would become the largest operator of gas wells in the state of Michigan.

The company developed more than $3 billion in oil and natural gas resources by the time Marty sold the company.

What’s a guy to do with the $58 million CMS Energy paid him for Terra Energy? Invest in more energy.

He turned his efforts to wind energy, developing Heritage Sustainable Energy as a majority owner.

Marty is married to Olivia, and the couple has two adult children—Alex and Maddie.

When you’re already achieving as much as Marty Lagina has, it makes sense to invest your money wisely. In Lagina’s case, he purchased an island with his brother.

Marty and Rick Lagina became interested in the legend of Oak Island as kids.

The island, which is 57 hectares of privately owned land off the south shore of Nova Scotia, Canada, was the focus of a 1965 issue of Reader’s Digest.

The issue outlined the Restall family’s exploration of Oak Island’s Money Pit, and the legend surrounding it.

Although Rick was initially the more emotionally invested of the pair, it was his brother Marty who ponied up most of the financial investment to secure the island several decades later.

After learning about the brothers’ controlling interest in Oak Island, The History Channel approached the duo about a reality show concept.

The series follows the brothers—and their crew of treasure hunters—as they explore theories about the treasures and discuss research with independent contractors and researchers.

Theories about the treasure of Oak Island range from the fabled Knights Templar relocating historical artefacts to the island, to it being a literal pirates’ bounty.

Some of the hot spots of interest to the brothers, and to the show, are:

The younger of the Lagina brothers clearly enjoys being overly busy.

Not one to rest on his laurels, he founded Mari Vineyards as a nod to his Italian heritage. Where others said certain varieties of grapes couldn’t be grown in Michigan, Lagina did it.

The vineyard, well-known for its Nebbiolo and Sangiovese grapes, has been producing a quality range of red wines since 1999.

In the early days, when Marty was calling on friends and family to help get the vines in place, he freely admits that some mistakes were made.

Mistakes like not knowing what they planted in the first few rows of the original vineyard.

The Lagina family didn’t stress about it too much, though—in fact, they turned it into the unique Row 7 wine that they released in 2006. Named after the fact the first seven rows of their vines are a mystery, the wine was a hit.

Lagina earned most of his wealth from selling his company Terra Energy for $58 million.

Marty also makes money from managing Oak Island Tours operation and Heritage Sustainable as well as for starring and producing ”The Curse of Oak Island.”

Therefore, entrepreneur Marty Lagina has an estimated net worth of $75 million.

Want to explore Marty Lagina’s passion project? You can watch The Curse of Oak Island here.

READ THIS NEXT: Who is Kristi Noem?