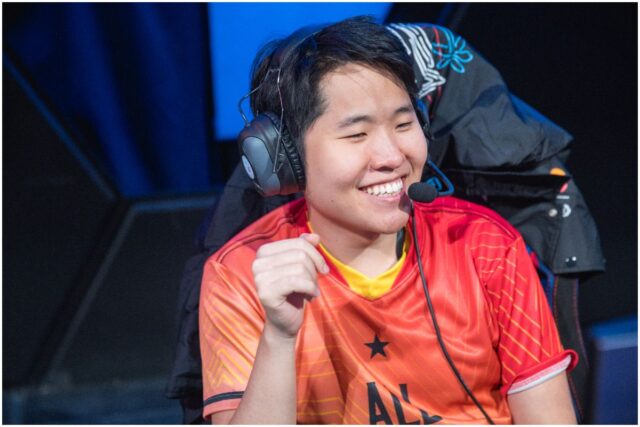 Disguised Toast (real name – Jeremy Wang) is a Canadian Facebook gaming streamer and gaming YouTuber who is best known for streaming Hearthstone, Among Us, League of Legends, and Apex Legends.

He became a popular figure in the Hearthstone scene due to his light-hearted gameplay and entertaining commentary. ”I think Hearthstone is still the best online card game to watch and the funniest one to play from a casual perspective,” Wang said in 2020.

Also in 2015, Jeremy began streaming on Twitch. Initially, he covered his face with a toast-shaped cardboard mask.

”I started streaming Hearthstone, and from the beginning, my gimmick was, I had a mask, and nobody knew what I looked like until I leaked it one day,” he said.

Wang was banned from Hearthstone for 72 hours in June 2017.

In October 2017, Wang joined Offline TV, a group of content creators based in California. Other members of Offline TV include:

In November 2019, Jeremy announced that he moved from Twitch to Facebook Gaming. The deal was overseen by United Talent Agency, a talent agency representing LilyPichu, Scarra, and Pokimane. According to his deal with Facebook Gaming, Wang can stream on Twitch if he doesn’t play video games.

”Facebook Gaming and I share a deep understanding about the importance of giving back and helping others,” Wang said in a statement. He also said: ”My move to Facebook Gaming will give me a larger platform to share my voice with a global audience and hear their perspectives on the gaming landscape.”

”I’ve received an offer from every major streaming platform but decided to go with Facebook because I believe it has the most explosive potential,” he said for CNN.

”I don’t wanna brag, but Mixer signed Ninja and Shroud and went under,” Jeremy told his audience in June 2020. He continued: ”Facebook Gaming signed DisguisedToast and didn’t go under, and in fact, has increased viewership across the board by like 300%.”

In April 2020, he started hosting a non-gaming series called ”Blind eDating” on Twitch.

Recently, Wang became one of the best ”Among Us” players. Jeremy has played the game with many famous internet celebrities, including:

”Among Us is one of the best things to happen in my life because I get to make new friends, which was something that I always struggled with my whole life,” Wang confessed in a September 2020 tweet.

In 2020, Disguised Toast started to date xChocoBars (real name – Janet Rose). Janet has amassed over 665,000 followers to her Twitch channel. She has gained popularity there for her LoL live streams.

”Toast and I are sad to announce that we have broken up,” Janet posted a joint statement on her Twitter account. ”No one did anything wrong; sometimes relationships just don’t work out – so please refrain from the need to speculate or hate on either of us.”

READ MORE: Who is KidBehindACamera’s wife?

”Constantly lying and deceiving and betraying friendships in among us cannot be healthy for one’s mental health.”

”When someone compliments me, I wonder how I fooled them into thinking something positive of me.”

”I’m the loser in among us that tries way too hard.”

Wang donated $20k to the Children’s Hospital LA after he inked the deal with Facebook Gaming.

Jeremy earned most of his wealth from ads on YouTube, sponsors, and streaming on Twitch and Facebook Gaming.

On YouTube, Wang has over 988 million views, meaning about $3 million in revenue before taxes. The most popular video on Wang’s channel is ”the greatest Among Us IMPOSTOR game ever…”

On Twitch, he said that ”Twitch streamers have about four different ways to make money” in a 2018 video. ”They can do donations, ads, subscriptions, and sponsorships … I make about $4,000 of ads, and that’s from someone who never pressed the ad button – it’s just the initial ad.” Wang also said that he makes $2,500 through donations and $14,000 for subs.

In August 2019, Wang had announced that he wouldn’t accept donations on Twitch. Starting November 2019, Toast streams exclusively on Facebook Gaming.

Therefore, Disguised Toast has an estimated net worth of $4 million.

READ THIS NEXT: Who is DJ Akademiks?