Montañez is known for his visionary leadership and ability to develop new products and systems. In addition, he was recognized by Fortune and Newsweek as one of the most influential Hispanic leaders in the United States.

Interestingly, Richard has never completed high school, nor college, though he now teaches leadership to MBA students at a California state university.

He was born in Mexico and grew up in Guasti, a small town close to Ontario, California. Richard and his 10 siblings lived in a one-bedroom apartment.

As a native Spanish speaker with no language resources, Richard struggled to understand his teachers. He told Lowrider magazine:

“I remember my mom getting me ready for school and I was crying. I couldn’t speak English.”

“I got on  the bus, which was green, and I remember thinking, ‘Why can’t we get on the  yellow bus?’ All through town people knew what that bus meant. Again, it was society placing me in a different category.”

Those experiences shaped him.

After struggling to pick up on basic writing and reading in school, Richard dropped out before getting his diploma and worked a series of low-paying jobs, including gardening and slaughtering chickens.

In 1976, a friend told him about a janitor opening at the California Frito-Lay plant. When Richard landed the job, his grandfather imparted a piece of wisdom:

“Make sure that floor shines. And let them know that a Montañez mopped it.”

He quickly made an impact. He later recalled:

“Every time someone walked into a room, it would smell fresh. I realized there’s no such thing as ‘just a janitor’ when you believe you’re going to be the best.”

Aside from his janitorial duties, Richard started to watch the machines operate to learn about the company and its products. 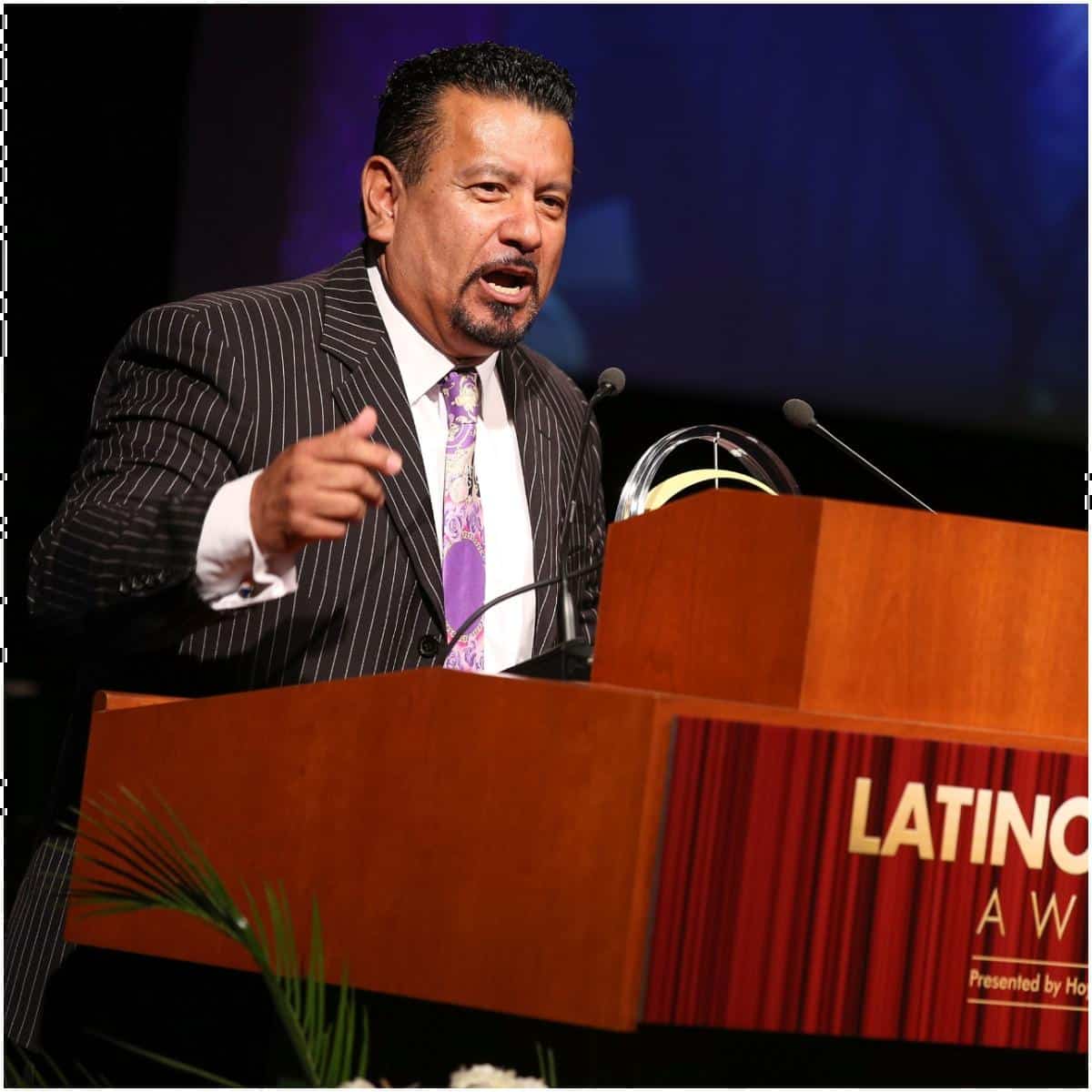 After a machine broke, a bunch of Cheetos ended up not getting covered in their cheese powder.

He took some of these bare Cheetos at his home and perked them up himself by adding chili powder similar to what’s used on elote (Mexican street corn roasted over an open grill and coated with salt, butter, cotija, chili powder, lime juice, and mayonnaise).

The next day, Montañez also started to notice something:

“I saw no products catering to Latinos.”

At some point, he had an idea:

“I see the corn man adding butter, cheese, and chili to the corn and thought, what if I add chili to a Cheeto?”

His family and close friends loved his hot Cheetos and urged Richard to share his creation with the plant supervisors.

He calls up the CEO. Amazingly, the CEO listens to him, thanks to a secretary who lets the call go through. Richard said about this:

“I called up President Roger Enrico, not knowing I wasn’t supposed to do that. His assistant picked up the phone and asked my name and where I worked. I told her I was Richard Montanez, and I worked as a janitor in the Rancho Cucamonga plant.”

”She was a visionary for even putting me through to Roger. He got on the line and said, ‘Hi Richard, I hear you’ve got an idea?’ He told me he would be down at the plant in two weeks and wanted to hear my idea.”

The CEO asks for a demonstration. At that time, he didn’t even own a tie, however, Montañez rushed out to buy one and picked up a book on marketing from the library to prepare his pitch.

The president loved the idea, and since then, the flaming hotline of products was born, including ”Flamin’ Hot Cheetos.”

In the present day, he is the executive vice president of multicultural sales and community activation for PepsiCo’s North American divisions.

READ MORE: What is Michael Seresin’s net worth?

Richard wrote a book that was published in 2013.

It is called – ”A Boy, A Burrito and A Cookie: From Janitor to Executive.”

Richard Montañez and his wife Judy have been married for more than three decades. The couple currently live in Rancho Cucamonga.

Richard is a father of 3 sons. Also, he has 4 grandchildren.

In 2004, he held a speech at a special United Nations event.

“Latinos who have made it like myself have a responsibility to open doors to younger generations and teach them that they can do it.”

Richard has also been invited by the White House several times, including to the welcoming of Pope Benedict XVI (he was elected pope at age 78, making him the oldest person to win the papal election since 1730) during his visit at the White House.

Montañez has been featured in Newsweek and Fortune 500 and was recognized by Hispanic Lifestyle magazine as one of the most influential Hispanics in the corporate US.

The script will be written by Lewis Colick (Ladder 49). In addition, the film will be produced by DeVon Franklin (Miracles from Heaven) under his Franklin Entertainment banner.

Richard teaches MBA classes at a nearby college. During a class, a student asked him how he was teaching without a Ph.D.

“I do have a Ph.D. I’ve been poor, hungry and determined.”

In 2013, Montañez told the audience at the Greater Kansas City Chamber of Commerce’s Power of Diversity event:

“If you have confidence, you can walk into any room. Your job is to prepare yourself to walk through the doors.”

In August 2019, it was announced that Eva Longoria is set to direct ”Flamin’ Hot,” a biopic about Richard. It will be produced by American Hollywood producer DeVon Franklin. Also, screenwriter Lewis Colick penned the script.

Montañez earned most of his wealth from working for PepsiCo.

Therefore, businessman and author Richard Montañez has an estimated net worth of $15 million.

READ THIS NEXT: Cathy Mitchell’s Life

It is amazing to know that an urban man, “Hispanic” invented the Flamin Hot Cheeto. Credit should be given to credit earned. He is definitely an icon to all Hispanic men. From growing up poor, not knowing the English language, working dead end jobs to being an executive and inventor to one of America’s favorite snacks, is definitely something worth acknowledging. Mr. Montañez makes all Hispanic men and women proud.

I am so happy for him!

I really loved the article and it was very beautiful how he made all of those creations that we Americans,Blacks and Mexicans are very lucky to have Flamin' Hot Cheetos.I really loved how Richard Montanez expressed his feelings and that i just love his artwork and every single word really means something to me.I hope you know that you did such an amazing job making those different but special types of chips.I really love your chips and also you make the rest of us happy.

I don't understand i do not speak spanish even thought i am mexican i only know a couple of words like banyo and catto and pero.