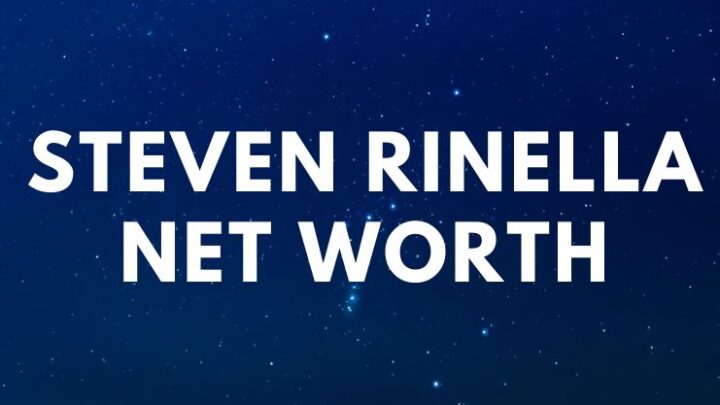 Steven Rinella is an American outdoor television host, travel writer, and author of five books on hunting and cooking in the wilderness.

Rinella is best known for his appearances as a host on the Sportsman Channel TV series MeatEater.

Steven was taught to hunt and fish at an early age by his father. He said:

”My father was a hunter and fisherman.”

Rinella went on to say:

”Most outdoorsmen are like me, in that they get introduced to hunting and fishing by their father.”

His brother Daniel, a freshwater ecologist at the University of Alaska, said about Steven:

“He was always just real comfortable outside, very gung-ho about it.”

In December of 1996, he graduated from Grand Valley State University.

During both high school and college, Rinella trapped fur-bearing animals for the commercial markets.

After college, Rinella moved west to Montana to focus on his chosen career. In addition, he earned a Master of Fine Arts from the University of Montana-Missoula.

While earning his MFA degree in UM’s Creative Writing Program, he made the outdoors his 2nd classroom.

He is the host of MeatEater, a non-fiction outdoors hunting TV series that runs on Netflix.

The series premiered on January 1, 2012. It has completed its 8th season.

The show makes the case that hunters are obligated to be stewards of the land and protectors of their chosen prey species.

MeatEater is based on Steven’s hunting adventures in locations like:

The show also has its own YouTube channel, with over 550,000 subscribers and more than 69 million views.

The book – ”American Buffalo: In Search of a Lost Icon” was one of The San Francisco Chronicleʼs best 50 non-fiction books of 2008. In addition, it was an Amazon Book of the Month.

Rinella runs a successful podcast (The MeatEater Podcast) which features his adventures, stories, and tips when hunting.

Steven Rinella is married to Catherine Finch, an American Chief Communication Officer at MeatEater, Inc. The two tied the wedding knot on July 12, 2008, in Fennville, Michigan.

He said about his wife:

“I love hunting and fishing, and I love being married.”

”I value her judgment. She’s our family’s leader. Her impulses are right. She’s less selfish than I am.”

”We went to the Seychelles for our honeymoon. Katie knew it as a remote island paradise; I knew it for its fly-fishing.”

”I don’t eat anything but wild game. That includes a lot of saltwater and freshwater fish. I’m an avid fisherman.”

”I’m interested in all aspects of hunting and fishing.”

”My kids are turning into hardcore cottontail rabbit hunting fanatics.”

”I would love to accompany Inuit hunters on a seal or walrus hunt.”

”I’m on the road hunting and fishing more than 50 percent of my time.”

”In college, my roommates and I once ate 4 deer in two months that we killed 8 miles from home on resident hunting licenses. Cost per pound? Peanuts.”

”We ate tons of wild game when I was a kid, but it was not necessarily prepared. It was adventurous food, but not prepared in a very adventurous way.”

”TV is a great way to cover a massive amount of material very quickly.”

”You need to find experienced hunters and ingratiate yourself with them. They will help take years off the learning curve.”

”I almost got pounced on by a bear once.”

He was invited to Joe Rogan Experience podcast.

Rinella has written many stories for numerous national top publications, including:

His books recommendation are:

”I always recommend: Son of the Morning Star by Evan S Connell, Arctic Dreams by Barry Lopez, and Boone by Daniel Morgan.”

Rinella earns most of his wealth from being the owner of Company MeatEater, Inc. The company has approximately 30 employees.

In addition, Steven has a very good income from selling his books. Therefore, television host Steven Rinella has an estimated net worth of $3.5 million.

READ THIS NEXT: Greg Locke Net Worth 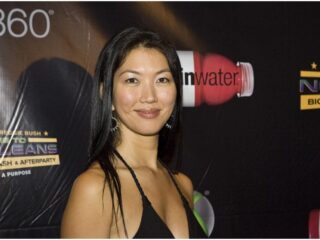 I’m an avid outdoorsman with 4 kids and love to see him doing realistic hunting adventures. We love to see the whole adventure which includes field dressing all the way to cooking a good meal. I have been teaching my kids everything from squirrel hunting to deer as well as walleye to bluegill. We eat mostly what we catch and kill and grow. It’s refreshing to have a fellow Michigander doing the same.

steve... man when i first came across your video i though it was going to be like all the rest . but more i watch the more i saw how down to earth you are . remine me of me a lot. but i never got to go the places like you do . more power to you man! keep doing the good work and be careful out there...

I love this show so much. I’m a hunter n gatherer n an outdoorsman myself. I would love to meet Steve some day, that would be a life time dream of mine. Keep the video coming!

I think "Meateater" is one of the finest hunting/fishing shows to come along in awhile. I'm a retired Wisconsin Game Warden (2006) so I'm always looking to see if the principles in a hunting series are doing it safely and ethically. I have an 'eye' for this and can report that on screen you are flawless! This is very important, because you're teaching young hunters and fishers to enjoy their outdoor passion the right way and with the right end-goals in mind: Safety, conservation, ethics, food, enjoyment, exercise, and of course FUN! Thanks Steve

When discussing desirable hunting calibers for big game you failed to mention the Remington 280. A far better choice than the 270 or 06. Far more bullet weights to choose from than the 270 and less recoil than the magnum calibers.