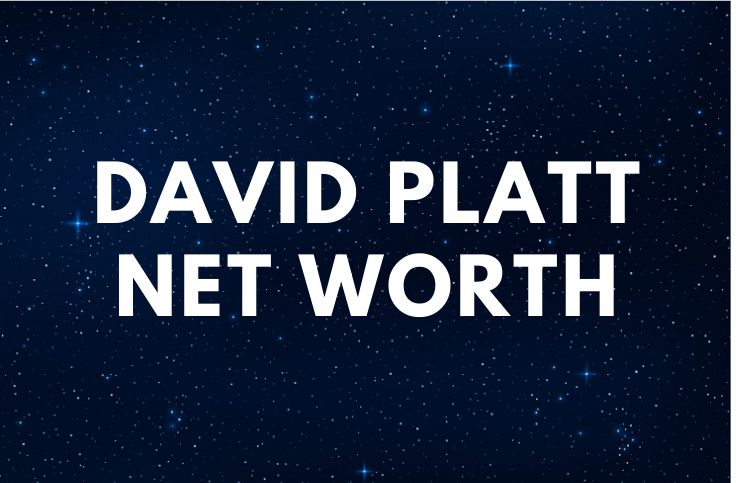 David Platt is an American author and pastor who is a pastor-teacher at McLean Bible Church. In 2010, he published the best-selling book titled – ”Radical: Taking Back Your Faith from the American Dream.”

David graduated from the University of Georgia with a B.A. in journalism.

After he finished his studies, David served at Edgewater Baptist Church in New Orleans and at New Orleans Baptist Theological Seminary.

David served as a pastor for The Church at Brook Hills in Alabama. At the time (age 26), Platt was the youngest megachurch pastor in the US.

From 2014 to 2017, he was president of the International Mission Board, a Baptist Christian missionary society that is affiliated with the Southern Baptist Convention.

The organization is one of the biggest missionary-sending groups in the US, with more than 3,500 missionaries worldwide and over $300 million budget.

Before he left his position, David said:

”I have come to the realization that it is not viable long-term for me to lead as president of the International Mission Board while serving as a teaching pastor in a church.”

Rick Dunbar, the chairman of the International Mission Board, stated:

“We are sad, but also feel confident in the future as we move forward.”

In September 2017, David started his work as a pastor-teacher at McLean Bible Church, a non-denominational Christian megachurch which was founded in 1961 by 5 families in Northern Virginia.

An average of 13,000 people attend each weekend at McLean Bible Church’s campuses locations:

Some of his published books are:

”One of our goals in Secret Church from the beginning has been to study not just for our own sake, but for the sake of the nations.”

He founded Radical.net, a resource ministry that promotes his podcasts, sermons, and books.

On June 2, 2019, David prayed for US President Donald Trump when he made a stop at McLean Bible Church during Sunday services.

In a statement released later on Sunday, Platt said that he was only notified that President Donald Trump would be arriving within minutes.

“My aim was in no way to endorse the president, his policies, or his party, but to obey God’s command to pray for our president and other leaders to govern in the way this passage portrays.”

During an interview, Platt confessed:

“Many of you may have seen that there was calls to, particularly on this Sunday, pray for our president.”

David went on to say:

“We want to do that continually, day in and day out. So I want to ask us to bow our heads together now and pray for our president.”

Interesting fact – Robert Jeffress, an American pastor of the First Baptist Church in Dallas, once thanked God at a campaign event for Donald Trump’s willingness to “make America great again.”

During an interview, Heather said about their first meeting:

”I met David at that same youth camp where the Lord saved me.”

”I thought David was really cute and I was trying to get his attention so he would notice me.”

Two of their children are adopted.

Heather said about their children:

”Each one of my little ‘rewarding fruits’ is complex and unique, requiring more of me than I sometimes know how to give.”

”That’s why I’m thankful, as a follower of Christ, that I don’t have to walk this parenting journey alone.”

They live in the Washington D.C. metro area.

“Lay your life before the Lord every day.”

”The more we taste God’s Word, the more we desire God.”

”What defines success is certainly not just the crowd.”

”Men and women need to hear the Gospel before they die.”

”The New Testament church is not a picture of prosperity theology.”

”We live only because Christ died.”

“Meekness is a hard word for us to understand, we don’t use it a lot.”

“Sometimes we find ourselves in situations that we didn’t see coming.”

”Our Christianity really does need to look radically different for the sake of sharing the gospel with the world.”

”Through prayer, God has called you and me not to watch history, but to shape history for the glory of His great name.”

”Believing in the Jesus of the Bible makes life risky on a lot of levels.”

”People need to be saved from preventable diseases.”

“To be clear, I am no expert in meekness.”

“If God is sovereign, if God’s in control of all things, and all of God’s promises will come to pass, then why pray?”

“It’s impossible to be a Christian without change.”

Other famous American pastors are:

He frequently preaches both internationally and nationally, teaching from God’s Word in seminaries and churches.

Platt earns most of his wealth from selling his books. He also receives a salary from being a pastor-teacher at McLean Bible Church. In the past, Platt was president of the International Mission Board and the pastor for The Church at Brook Hills in Alabama. Therefore, David Platt has an estimated net worth of $0.6 million.