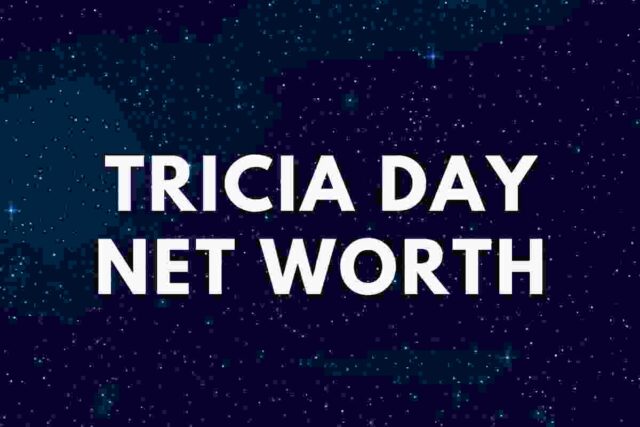 The women hold their own amongst some of Tennessee’s most elite street racers—including Tricia’s husband, JJ Da Boss.

She may be little—at a smidge over 5 feet tall—but behind the wheel of her infamous ’66 Chevy Nova, she can pack a punch.

There’s more to this petite street racing dynamo than just what you see on the television sensation Memphis Street Outlaws, though.

And we’ve got it all for you right here.

Tricia and her future husband, JJ Da Boss, grew up in the same little 700-person town just outside of Memphis.

Although the two didn’t get together until a decade ago, they were aware of each other and had run in similar social circles forever.

The pair were busy living their own lives. So busy, in fact, that when Tricia met JJ in his mid-30s, he already had seven kids.

The two realized early on that they were a good match when JJ asked Tricia if she wanted to try street racing.

She tried it, she loved it, and the charismatic pair never looked back.

JJ admitted in a recent interview that Tricia’s early learning curve cost a lot of money, saying, “at first, she tore up a lot of stuff.”

But he wouldn’t change it for anything, as he credits his wife of 10 years with saving his life and getting him on the right track.

Tricia and Jonathan Day have four children together—three girls and one boy.

In addition to her four biological children, Tricia is often seen with JJ’s other children as well—bringing the combined kid-total to 11.

READ MORE: Who is Mizkif’s girlfriend?

The Need for Speed

Tricia Day had always been around street racing—both her and JJ have always acknowledged that where they grew up, street racing was just ‘what you did.’

But once she got a taste of life behind the wheel of a fast car, there was no stopping her.

She earned the nickname ‘Midget’ thanks to her diminutive size, but there was nothing tiny about her accomplishments on the asphalt.

Her reputation grew along with her rank on the streets.

As part of JJ’s core driver crew, she was committed to winning at any cost. For the pair of adrenaline junkies, the world was their oyster.

Then, the future of the entire Memphis Street Outlaws crew was turned upside down.

JJ Da Boss was sentenced to prison time for his role in a fatal car accident.

The team lost their leader, she lost her husband, and 11 children lost their father—for eight years and one month.

When JJ was eventually released from prison, the crew secured a spinoff of the popular Discovery show: Street Outlaws, based out of Oklahoma City.

On the show, as in real life, Tricia mostly drives her Chevy II Nova—aptly named Heifer. To date, the biggest win she’s ever taken with Heifer was over $30,000 against Detroit.

Tricia continues to dominate the streets of Memphis and shines on camera with her clever wit, family values, and bright sense of humor.

After several seasons of the hit series, it looks like the Street Outlaws: Memphis star has found her niche in all areas of her life.

In 2022, Tricia and JJ were caught up in a serious accident while filming Street Outlaws: America’s List.

Tricia Day has an estimated net worth of $1 million.

Want to learn more about the MSO sensation known as Midget? Check out the latest episodes of the gritty reality series here.