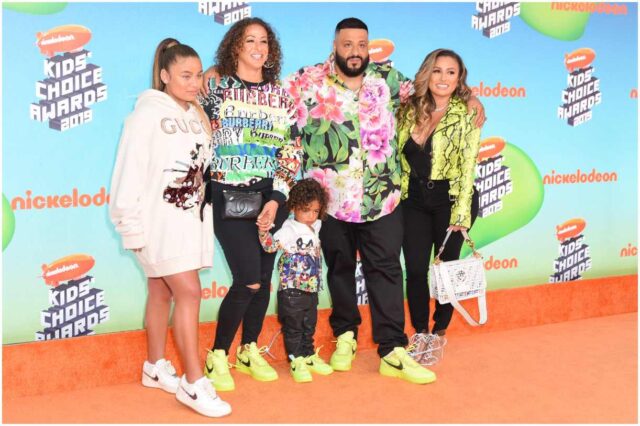 What is Asahd Khaled’s net worth?

Asahd Khaled (his name means “lion” in Arabic) is the firstborn son and child of the superstar music producer DJ Khaled.

“My son is the greatest gift of life, our children are the world’s biggest blessing, so I am so grateful to be able to celebrate his life with a carnival.”

”… and to be hosting many inner-city kids and their families so everyone in our community can experience joy today at the iconic Marlins Stadium together in our hometown of Miami.”

His father documented his longtime fiancé’s entire delivery on Snapchat, making Asahd Khaled the first person to ever have his birth documented on the platform.

After the birth announcement, Khaled declared:

“This is my first kid and I’m excited and I want more. I’ve always wanted to be a family man.”

”I’m in a great family and I want to have my own family at the same time.”

Asahd belongs to the Muslim-American ethnicity.

Nicole was born on December 7, 1975, in the US. In 2003, she got a BFA from Marymount Manhattan College. In 2005, Tuck got her masters in education from Fordham University.

In 2011, Nicole co-founded her own business, ABU Apparel, which is an apparel company.

But, in the last few years, Nicole is the unofficial manager of DJ Khaled. Additionally, she helps run the business side of things.

In 2018, Khaled and Nicole were spotted at the BET Awards, where DJ Khaled won Best Collaboration for his song “Wild Thoughts,” featuring Bryson Tiller and Rihanna.

Khaled began his career as a Florida radio DJ in the 1990s.

In 2012, he received a Grammy nomination for Best Rap/Sung Collaboration for the song “I’m the One.”

His first solo album, entitled – “Listennn…the Album,” was released in June 2006, under Koch Records. During an interview, he said:

“I went to Koch because I like dealing with the underdogs.”

”It’s not like when you’re dealing with the big companies and you have to find out who’s doing what.”

In 2009, Khaled was appointed the president of Def Jam South, the southern division of Def Jam Recordings.

In 2010, he released the single “All I Do I Win.”It went double platinum and featured Snoop Dogg and Ludacris.

He announced that he would debut French Montana’s new mixtape on February 14, 2016.

On October 23, 2016, he welcomed his son named Asahd Tuck Khaled. Even before his son was born, DJ Khaled made known to fans that he was gonna spoil him. During an interview by People, he stated:

“I want to spoil our kids and give them everything.”

When the superstar was asked about his lovely wife’s feelings on documenting the birth of his son online, Khaled declared:

“I’m going to talk to the doctor and if the doctor says everything is gonna run smooth, meaning that we wanna make sure that the queen [his wife] is right and my son is right.”

”If it’s running smooth where I can just do my thing, I’m Snapchat the whole thing.”

About 1 month after he was born, his father began sharing photos of him on his social media accounts. Currently, he has more than 1.6 million followers on Instagram.

At just 3-months-old, Asahd attended “Music’s Biggest Night” in his father and mother’s arms. Additionally, Asahd wore a tailored David August tuxedo that can retail for around $3,700.

In 2018, on his birthday, DJ Khalid used the opportunity to announce a charity named – ”Asahd’s Initiative.” This charity will:

“focus on enriching the lives of children by financially supporting programs focused on community needs, family values and youth entrepreneurship.”

Asahd was held by musicians like Nicki Minaj and Future, as seen on the Snapchat and Instagram accounts of his father.

For his first birthday, his father gave his son a $100,000 rose-gold watch, which was encrusted with 600 diamonds. Furthermore, DJ Khaled invited all of his celebrity friends to one of the most exclusive Miami clubs.

Moreover, he is regularly decked out in Jordan sneakers, Gucci suits, and his $100,000 watch. Also, he has a collaboration with Nike Air Jordans.

Asahd is listed as executive producer of his father’s 10th album, Grateful.

His father, DJ Khaled, has a net worth of $75 million.

READ THIS NEXT: Who is Rich Koz?