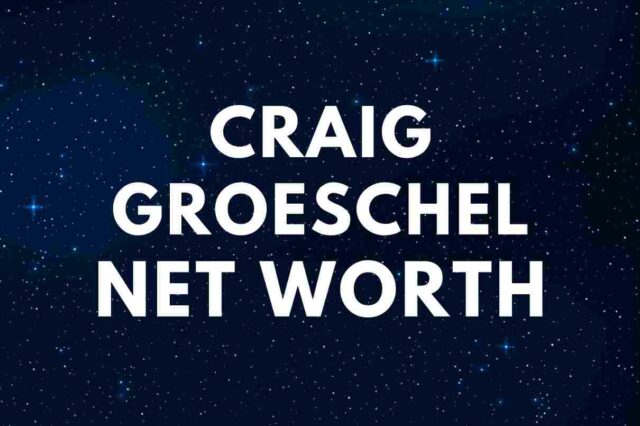 Craig Groeschel is a New York Times best-selling author and founder of Life.Church.

In 1991, Craig started to serve as an associate pastor in the United Methodist Church.

In 1996, Craig and his wife founded the Life Covenant Church, now known as Life.Church.

”When LifeChurch.tv began in 1996, 40 members met in a two-car garage equipped with just a borrowed overhead projector and two construction lights purchased at Lowe’s for $19.99,” Craig confessed in a later interview.

Currently, the church has 36 locations in eleven states and an attendance of 80,000 weekly worshippers.

”Reaching new people is one of the most important things we will do as a church,” Craig said in an interview. He went on to say: ”From the very first weekend we met, and in every gathering since, we’ve invited people to become followers of Christ.”

In 2001, he began using video to deliver some of his sermons.

In March 2011, Craig published the book – ”WEIRD: Because Normal Isn’t Working.” The book is aimed at people who are looking for some encouragement towards living a life that is more honoring to God.

”For my whole life, I pursued normal,” Groeschel said to Dave Ramsey in December 2018. ”One of my biggest goals was to fit in. When I started studying scripture, God led me away from normal to a life of ‘weird.’”

It also set up mysecret.tv as a forum for people to confess anonymously on the internet. ”Secrets isolate you, and keep you away from God, from those people closest to you,” he said.

In 2016, Groeschel told a group of church team leaders during the Catalyst One Day conference that “too many churches are going multi-site too soon, too fast, for the wrong reasons.”

Starting in 2016, Craig is hosting his own podcast called the Craig Groeschel Leadership Podcast.

”You are a pastor of a church, and one the things, a lot of people don’t know, they do know perhaps that your church puts put some of the best and most used worship music on planet Earth today,” Groeschel told Steven Furtick, Pastor Elevation Church, in an episode of his podcast. ”What people don’t know, that I do know, is that you are the creative genius behind so much of it.”

In 2020, Craig was a featured speaker at Willow Creek Deutschland Leitungskongress.

Amy is the author of ”From This Day Forward Study Guide: Five Commitments to Fail-Proof Your Marriage.” Additionally, Amy founded a nonprofit housing ministry that helps marginalized women, called – ”Branch15.”

”Married folks, remember to pray together, hold hands, go on dates… and don’t forget to give forehead kisses,” Amy wrote on Instagram in January 2021.

”Sometimes people are shocked that a pastor would even need counseling or admit it. If we believe we can give counsel to help others, we should also humble ourselves to receive counsel.”

”Don’t give up. No matter how far you may feel, you’re never too far down for God to bring you back up!”

”It’s the small things no one sees that lead to the big results everyone wants.”

”The best way to lose control is to try to control everything.”

”When you hurt, God hurts. He is present with us always, but especially in our pain.”

”Never let the fear of failure stop you from taking a step of faith.”

”Don’t let opposition discourage you. Let the trials strengthen your faith and draw you closer to Christ.”

Groeschel earned most of his wealth from serving as the senior pastor of Life.Church as well as from publishing several books, including – Dangerous Prayers: Because Following Jesus Was Never Meant to Be Safe, Winning the War in Your Mind: Change Your Thinking, Change Your Life, The Christian Atheist: Believing in God but Living As If He Doesn’t Exist.

Craig was also on the Board of Directors of Gulfport Energy Corporation, from where he received an annual salary + 3,824 equity shares in June 2016. Therefore, pastor Craig Groeschel has an estimated net worth of $4 million.

READ THIS NEXT: Who is Todd Howard?